The USS Leyte Gulf, USS Bainbridge, USS Mason, and USS Nitze all took part in the Live Fire With a Purpose exercise on November 19th.

According to the Navy, the exercise "is a reinvigorated missile exercise (MSLEX) program designed to increase fleet lethality and tactical proficiency. It is more robust than a traditional MSLEX in that it provides a more intensive tactical training experience to the watch team."

Rear Admiral John Wade, commander of Carrier Strike Group 12, said in a Navy release "The LFWAP exercise is extremely valuable training for the entire strike group, and I look forward to incorporating lessons learned into our operations and seeing the result of the hard work these ships put in to increase our lethality during future missions."

This was the second Live Fire With a Purpose exercise for the Leyte Gulf in a short time, as it had joined the USS Gonzales and USS McFaul, both homeported in Norfolk, in a similar exercise on the Eastern seaboard earlier this month.

The Navy says the exercises are critical and they continue to grow more complex as combat systems improve. 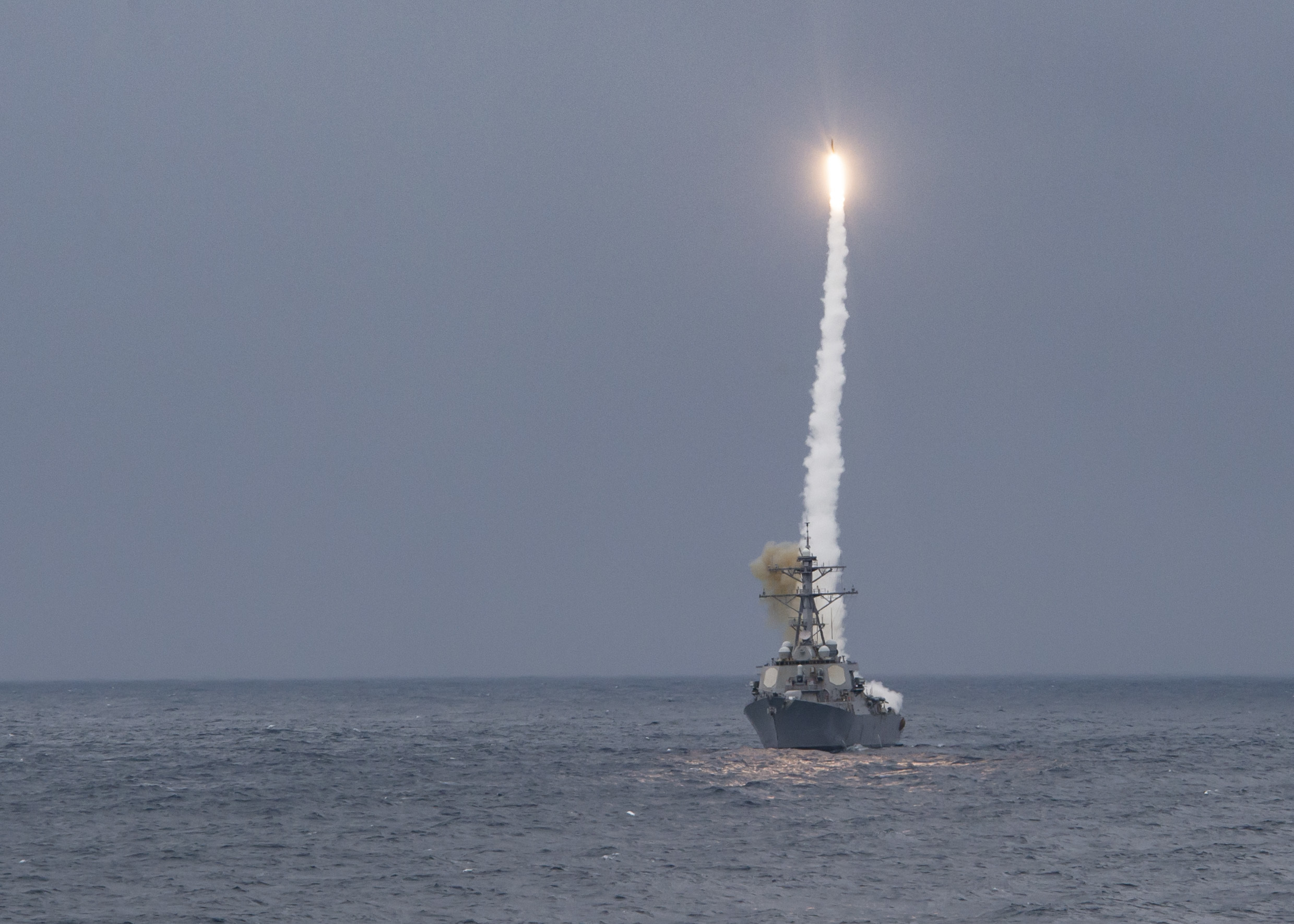