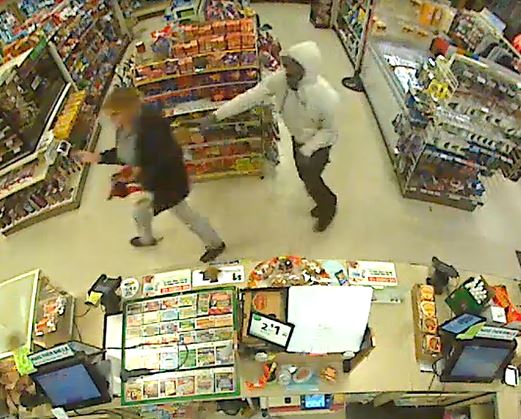 At approximately 1:21 a.m. Friday morning, two black males entered the 7-Eleven in the 1100 block of Carrsville Highway and displayed handguns. They forced the cashier to open the register at gunpoint.

Police say the men took money, cigarettes and other items from the store shelves. When they exited, they fled on foot towards the Springdale apartment complex.

While the subjects were partially disguised, they were described as black males between 5 feet 11 inches tall and 6 feet tall, and weigh between 150 to 165 pounds.

Police believe that these two men may have also been responsible for a similar robbery in August 2018 that occurred at the same store.

If you have any information in this case, take action and call the Crime Line at 1-888-LOCK-U-UP.