LOS ANGELES – By now, you’ve probably heard of a little Broadway musical called “Hamilton.” Its logo is everywhere: A silhouette of the titular Alexander Hamilton, the U.S. Founding Father on whom the show is based, stands atop a star, his arm triumphantly raised in the air.

Now, the creator of the smash hit has his own star. 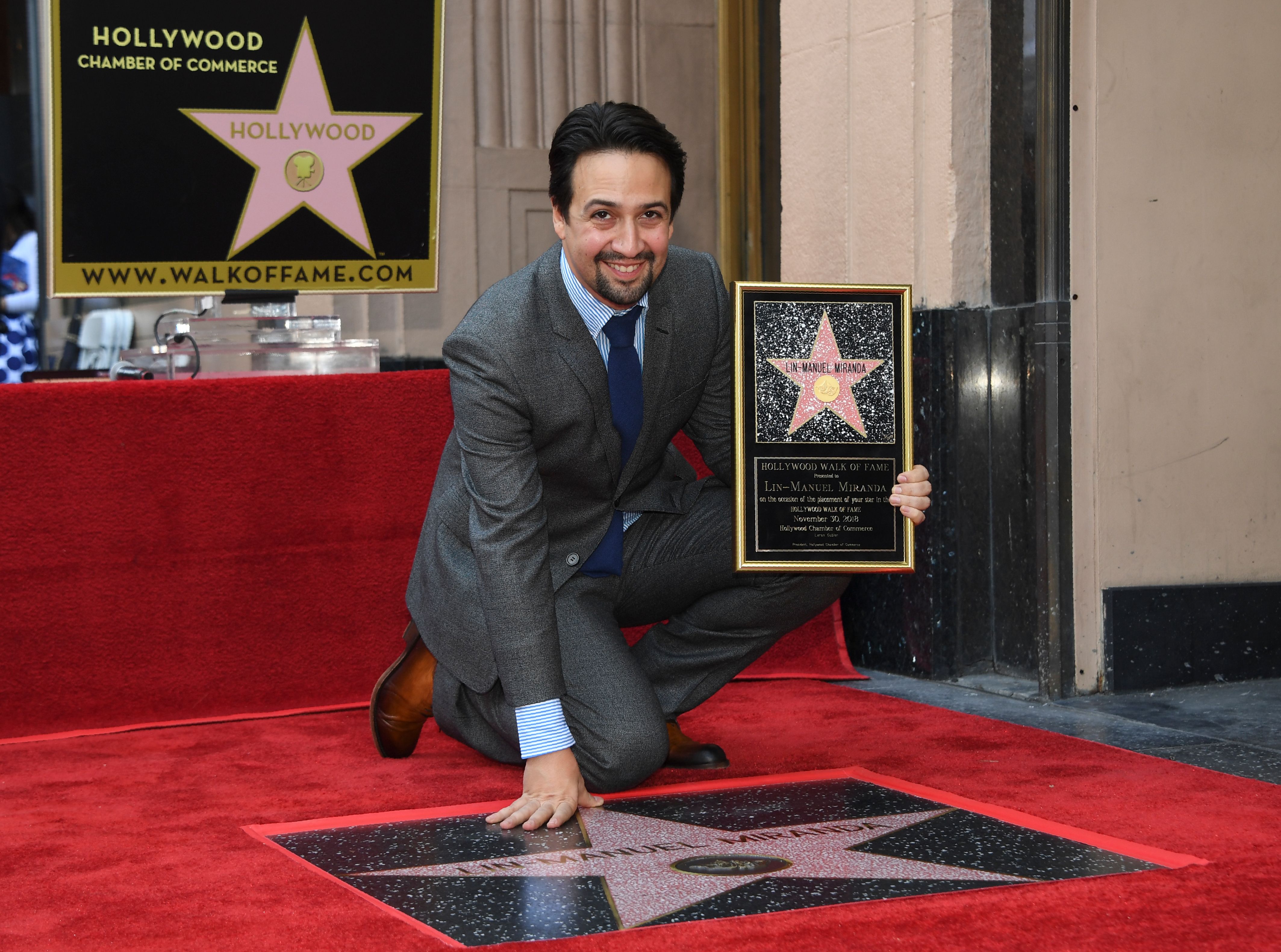 After honoring Moreno at the 2015 Kennedy Center Honors, Moreno reciprocated the praise during Friday’s ceremony.

“You have earned this honor – especially because you made a choice to focus the brilliance of your star power for the good of others,” Moreno told him, referencing his humanitarian efforts to bring aid to Puerto Rico after the island was devastated by Hurricane Maria in 2017.

“You may have danced to my music and looked up to me when you were a child,” said Yankovic, who also received a star on the Walk of Fame this year, “but now you’re my hero.”

In his speech before the star’s unveiling, Miranda mentioned that he first became connected to the iconic Walk of Fame by seeing people pay tribute to fallen celebrities.

“One day, they’ll put flowers on this star,” the New York native said. “But not today. Today, we all celebrate… it is one of the great days of my life to be here with you all.”

Miranda will appear in “Mary Poppins Returns” alongside Emily Blunt when the movies hits theaters on December 19. He’ll also reprise his role as Alexander Hamilton when he takes the show to Puerto Rico for a three-week run.