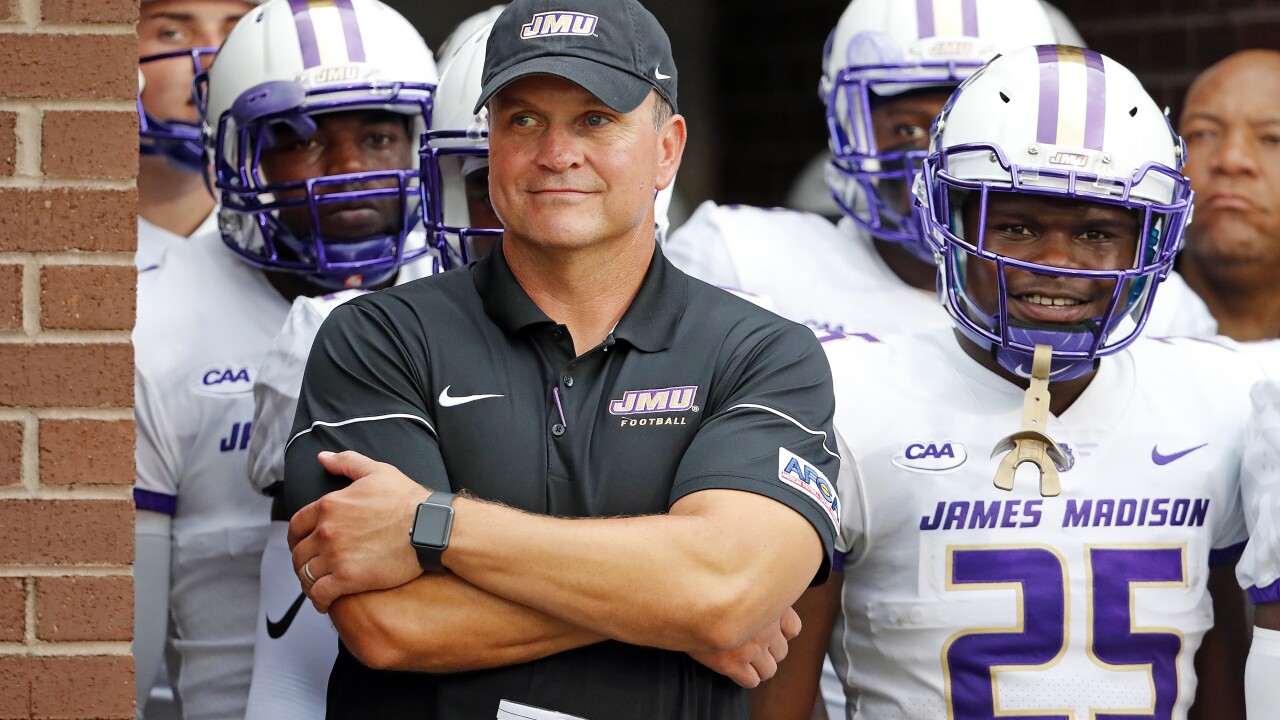 In three seasons at the helm, Houston led the Dukes to three FCS Playoff appearances, including a national championship in 2016, and runner-up finish in 2017.

“We are grateful to Mike Houston, his family and his staff for their commitment to JMU over the last three years,” JMU Athletic Director Jeff Bourne said.

“When we hired Mike, he was the right coach at the right time for our program. He injected energy, he went about his job the right way, he cared about our student-athletes and he won. That said, success at James Madison is not determined by one individual. The foundation for success here remains intact with our returning and prospective student-athletes, our support staff, the athletics and campus infrastructure, the JMU administration, a passionate fan base and donor support. I am confident that we will have a new coach in place shortly who will build upon that foundation and carry us to even greater success.”

Earlier in the week, it was reported that Houston had agreed to a deal to become Charlotte’s next head football coach, but Houston denied those reports, and Charlotte wound up rescinding its offer.

Houston leaves James Madison with a 37-and-6 overall record, including a 9-and-4 2018 season that ended in a second round FCS Playoff loss.

“The past three years for Amanda and I and our boys have been nothing short of amazing as far as our experience in Harrisonburg, Virginia and being part of James Madison University,” Houston said in the school’s release.

“I could not be more grateful for the opportunity to be part of what I believe is a perfect college environment found at JMU. I will forever be indebted to Jeff Bourne, Vice President Charlie King and President Jonathan Alger for believing in me and handing me the reins to coach the James Madison University football program. There’s only one JMU. This is a special place and a place that will be hard to ever replicate in future coaching opportunities. I will always have incredible memories of my time here. To JMU Nation, I want to say thank you for the most loyal and passionate support that any coach could ever ask for. My only regret is not getting back to Frisco, Texas this year. I am confident in and believe in the players in this program and look forward to following along next year as they make another incredible run.”