VIRGINIA BEACH, Va. - Absolute silence filled the room as a list of names were being called out Tuesday night – all in an effort to remember and honor the lives lost to a drunk driver and, hopefully, to prevent future tragedies.

“It never gets any easier. You have to go forward for your family but a piece is missing from you forever and the sad part is, it’s something that is so preventable. We have solutions to impaired driving. There are alternative options. You do not need to get behind the wheel when you have been drinking," says Michael Goodove, a local attorney and president of the local chapter of Mothers Against Drunk Driving. 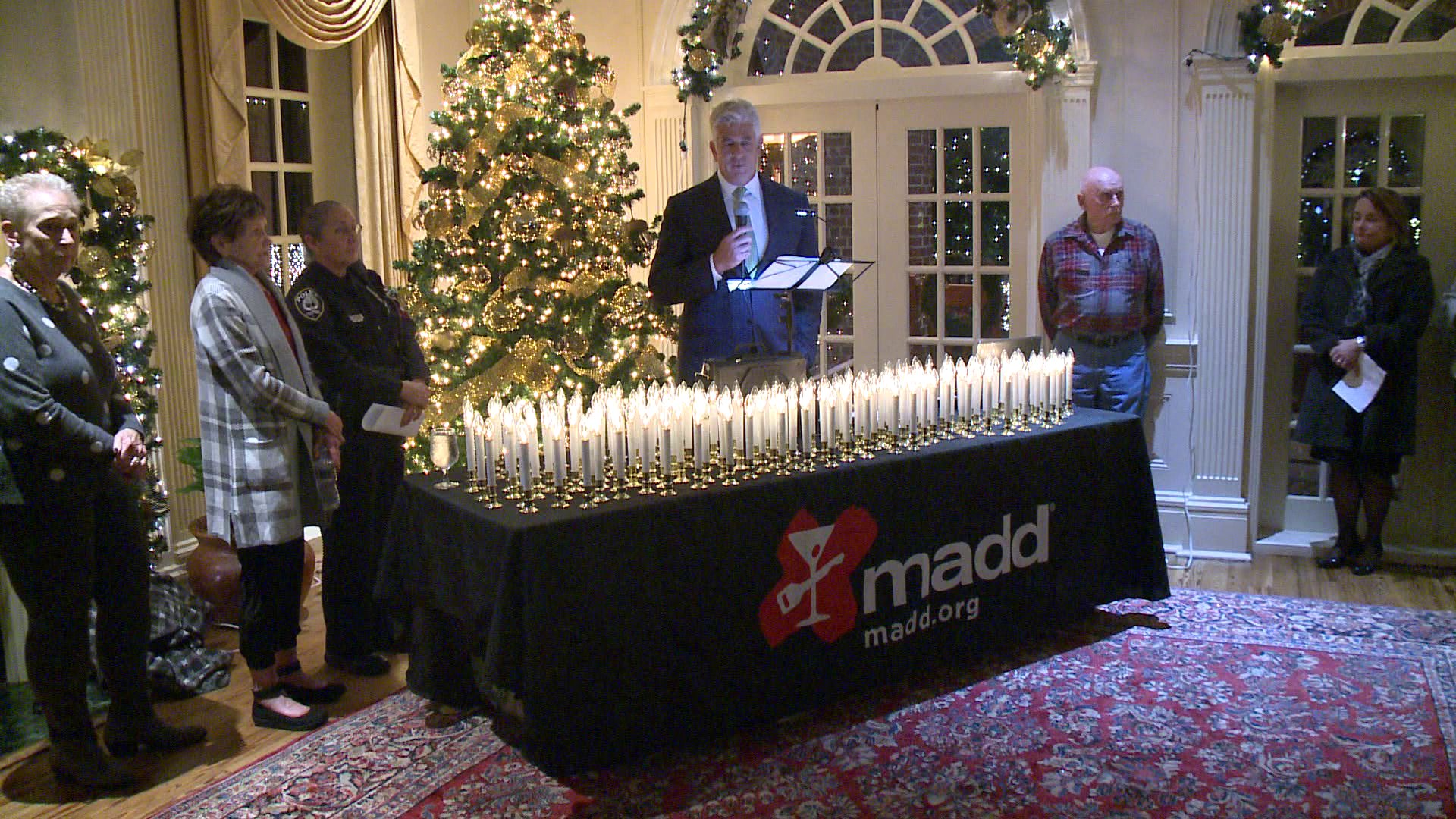 Goodove says they do a candle lighting every year around this time because the Thanksgiving holiday to the New Year is one of the deadliest times on the roads when it comes to impaired driving.

Around 200 names were called Tuesday night. All names on the list were local, and all names have loved ones who will never let their memory fade.

Colette Tranchant says she held a candle for both her daughter and her then-fiance’s daughter as well. She says being in the room with other victims' families is emotional because over the years she meets more people who have lost loved ones due to a drunk driver.

“She was such a vibrant girl. She had just turned 16. They went to go get gas and 10 minutes later it was over," says Tranchant.

“When you get behind the wheel after being impaired, you’re taking a two-ton weapon - which is the automobile - and you are turning it loose on the public, and it’s preventable," says Goodove.

It's a fight that won’t stop for loved ones who have to endure the pain years after a life-changing tragedy.