NORFOLK, Va. - A Norfolk family was woken up early Saturday morning by a drunk driver crashing feet from their home.

According to Norfolk Police, the crash occurred on McFarland Road, and was called in at 2:35 a.m. It happened in a neighborhood near Tidewater Drive and East Little Creek Road.

"I couldn’t believe there was a car flipped upside down in my driveway," said Christina Brinker.

The driver sustained injuries, but according to homeowners Christina and Richard Brinker, he refused medical attention "till he was being placed in the back of the police car." The car's passenger was OK.

Brinker said without there being a tree on the corner of their driveway, the car would have plowed into their house. Brinker said the car came speeding down Leonard Road and never once attempted to stop.

"If this tree had not been here they literally would have gone through the front of our house. so I'm very thankful for this tree right now," said Brinker.

The tree actually almost got cut down earlier this year. Brinker said she slipped and fell on fallen wet petals from the tree and asked her husband to cut the tree down. He didn't and now she's glad.

Surveillance video of the crash shows how crucial the tree was in keeping the car from potentially hitting the master bedroom where the Brinkers were sleeping.

"I had to go back and look to make sure I didn't have it on fast forward because it was crazy. They were flying down the street, didn't stop," said Brinker.

Norfolk Police arrested 22-year-old Carlos Hercules. He's been charged with driving under the influence, reckless driving and driving without an operator's license. 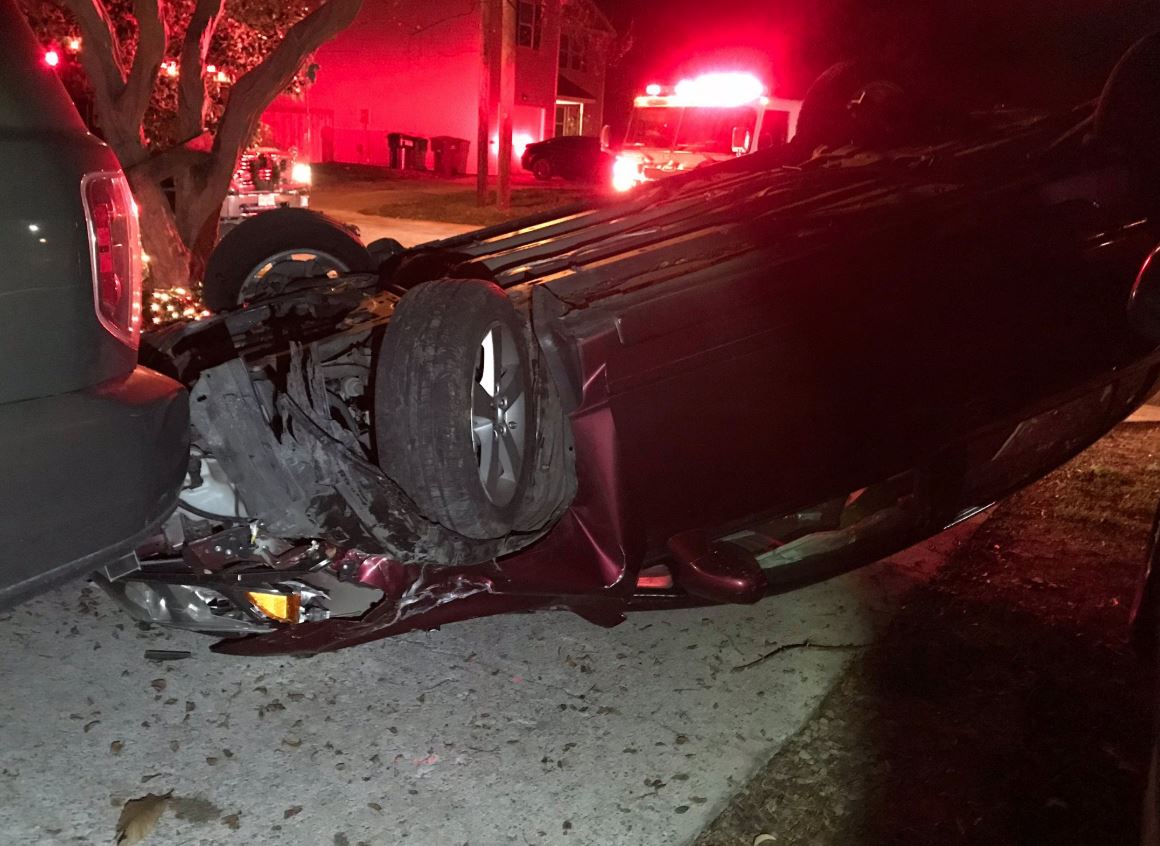