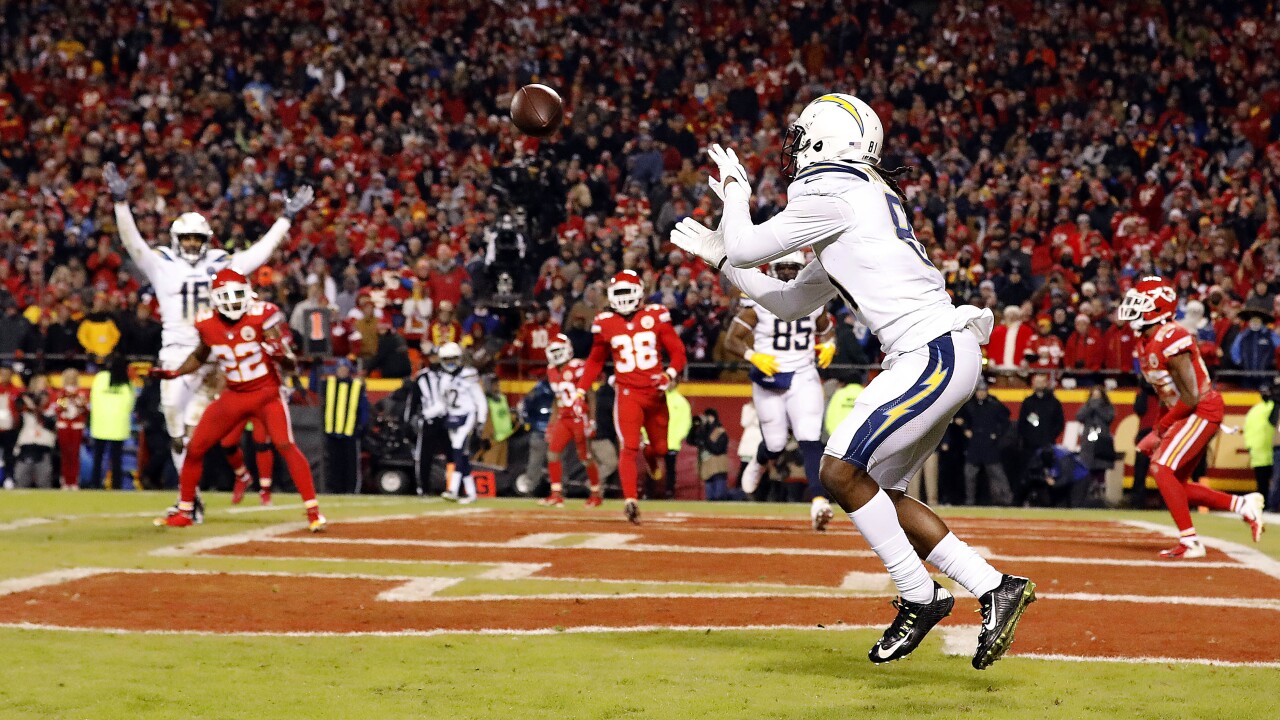 After erasing a 14-point deficit with less than four minutes to play, Los Angeles chose to attempt a game-winning two-point conversion with four seconds left. The conversion – a Philip Rivers pass to Mike Williams – was good, giving the Chargers a thrilling 29-28 come from behind victory vs. the division-leading Chiefs (11-and-3). Los Angeles is the first team since 2002 (Vikings) to convert a two-point conversion to win a game in the final 10 seconds of regulation.

With the win, L.A. (11-and-3) clinches a playoff berth. For the first time since 1985, the city of Los Angeles has two teams in the NFL playoffs (Rams, Chargers).

The Chargers and Chiefs, the only two AFC teams to clinch a playoff berth, are now tied atop the AFC West division with identical 11-and-3 records. Because of a tiebreaker (division record), if L.A. and Kansas City finish with identical records, the Chiefs will win the division and relegate the Chargers to a Wild Card playoff spot.

The Chargers are the first team since Week 15, 2002 (Vikings) to convert a 2-point conversion to win a game in the final 10 seconds of regulation@Chargers #Chargers