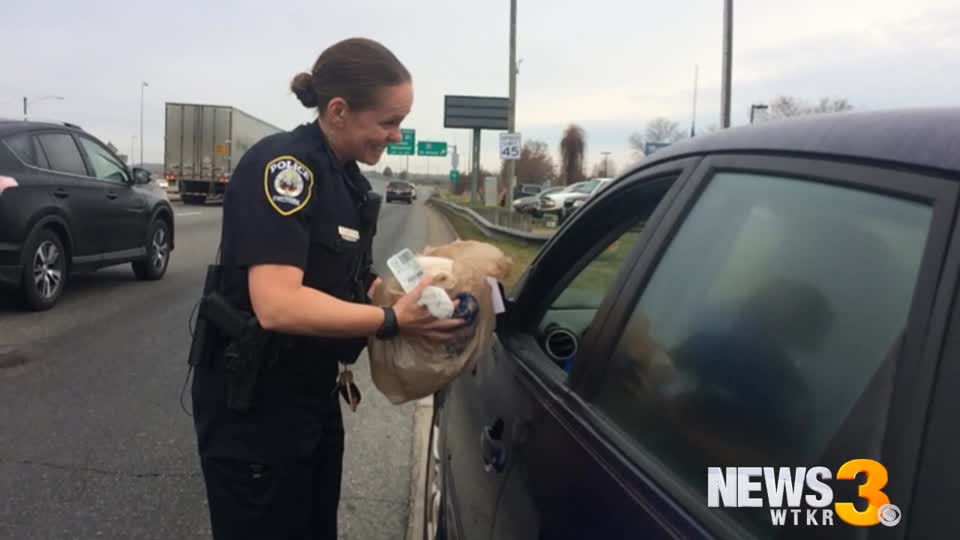 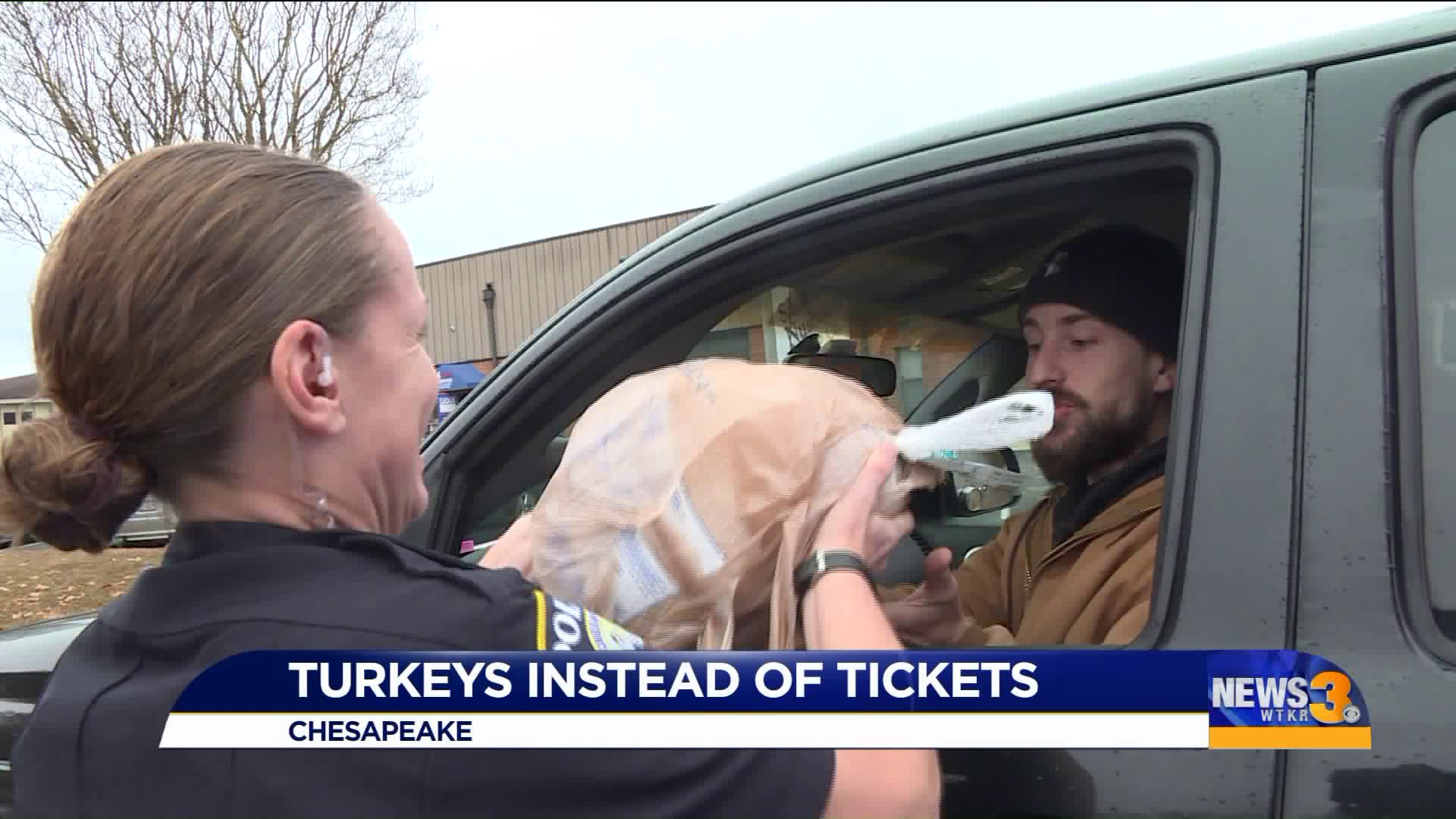 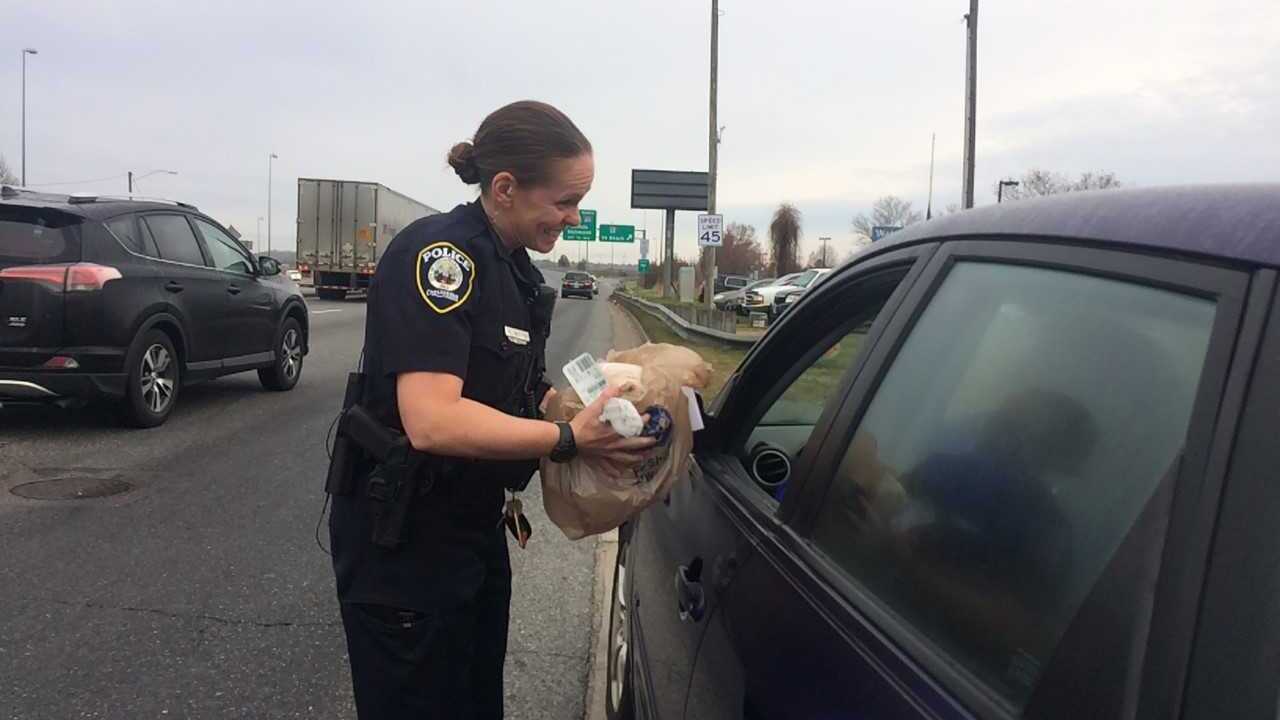 CHESAPEAKE, Va. - It's the first time officer Angie Watterson said she wasn't the bearer of bad news during a traffic stop.

Chesapeake Police officer gives driver a turkey instead of a ticket during annual event.

"It makes me feel good, especially because then they don't have to worry about paying that ticket and then they can have a good holiday with a turkey," Watterson said.

Police officers handed out 100 turkeys instead of traffic tickets Friday in efforts to spread holiday cheer.

Executive Director of the Chesapeake Jubilee Foundation said, "After we pay for the turkeys, the extra money goes to the Chesapeake Crime Line; we make a donation. The past two years we've totaled $3,300."

Officers met at Kroger and each loaded several turkeys in their patrol car to hand out across the city.

They pulled over drivers with small traffic violations, such as a broken tail light or expired registration. They received a turkey and four tickets to Chesapeake Jubilee if they promise to get the violation fixed.

The police department hopes this is a step toward building a better relationship with the people they serve.

The turkey and tickets gave each driver a peace of mind, especially to those who are facing hard times.

Patti Rienerth told News 3 that the surprise was weight lifted off her shoulders after losing both her parents and getting over depression.

"I'm doing better, but my finances are still terrible. I only work part time, but I'm trying," the driver said.

Watterson said the experience made her feel like Santa Claus by granting drivers an unexpected Christmas wish.