Meet the pilots of Virgin Galactic’s first flight to space

After months of testing Richard Branson’s rocket-powered plane at lower altitudes, two of Virgin Galactic’s test pilots made it to the edge of space on Thursday — 51.4 miles above Earth.

For pilots Mark “Forger” Stucky and Frederick “CJ” Sturckow, looming over the flight was the memory of a tragic test flight in 2014. Virgin Galactic’s rocket-powered plane, SpaceShipTwo, ripped apart in mid-air, killing a co-pilot.

Stucky spoke to CNN Business after Thursday’s successful firing of the rebuilt SpaceShipTwo, called VSS Unity, to record heights at nearly three times the speed of sound. He said it was like taking a thoroughbred racehorse into a full gallop for the first time.

“Before you can race her you have to train and walk her down uneven terrain, but eventually you have to say, maybe I should race her,” he said. “That’s what Unity reminded me of.”

The test flight was the first time Brason’s space tourism startup has gone more than 50 miles above Earth. It earned both men commercial astronaut wings from the US government and put Virgin Galactic on track to become the first private company in the world to take paying customers to space.

Virgin Galactic had worked toward the goal since it was founded in 2004. It also marked the first crewed flight to space from US soil since the Space Shuttle retired in 2011, with Virgin Galactic beating out other well-funded competitors.

The company is squared up to compete directly with Jeff Bezos’s Blue Origin to conduct suborbital tourism flights. SpaceX and Boeing, meanwhile, are due to begin flying NASA astronauts to the International Space Station — a trip that requires speeds over Mach 30 — next year. 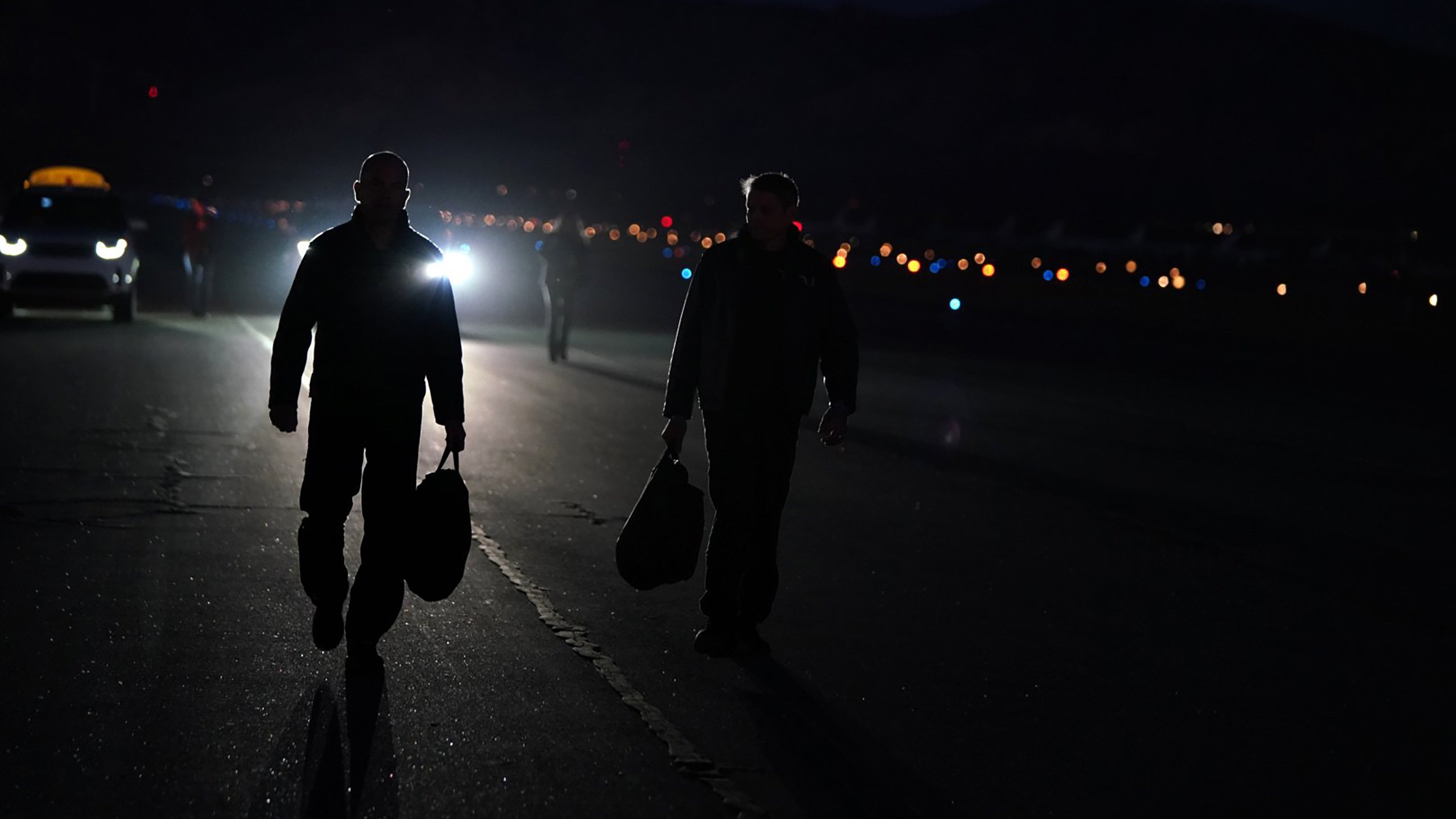 Virgin Galactic and its corps of test pilots have worked for years rebuilding its spacecraft and its public image.

Branson watched alongside a crowd of employees, their family members and friends in Mojave, California with nervous energy as Stucky and Sturckow took to the skies.

It wasn’t clear ahead of time whether they would reach the 50-mile mark. The pilots had the option to cut the engine burn short, which they would have been forced to do if any of the safety checks were abnormal or weather turned bad.

The pair tried to do everything possible to boost their chances of success. The morning before flight, Stucky and Sturckow met at Virgin Galactic’s Mojave hangar at 4:30 am to run through flight simulations meant to mimic any possible curve ball the day could throw their way.

Despite a rough windshear, VSS Unity’s engine roared for 60 seconds and reached nearly three times the speed of sound. The blaze ended, and the cockpit window looked out into the blackness of the cosmos with an expansive view of Earth’s curved horizon. Mission control dispatched: “Welcome to space.” Branson wept.

Stucky, 60, and Sturckow, 57, have more than 15,000 hours of flying experience between them. They’re both former marines and have known each other since the 1980s, but they’ve never worked together before joining Virgin Galactic. Their personalities are polar opposites.

Stucky is verbose and charismatic, while Sturckow is known for his stoicism and intensity.

When the men emerged from VSS Unity after their historic flight Thursday, they walked toward the crowd. Stucky broke into a sprint, bolting directly for the area where the pilots’ family members were watching.

He gave his wife a kiss and handed Branson a small globe that he carried with him during the flight. On an outdoor stage near the runway, he addressed the crowd of employees, family members and friends with visible excitement.

“It was really amazing, I hope you guys could maybe capture a sense of that,” he said. Stucky joked at one point that reaching space meant he’d left the United States, and he handed Branson a set of customs declaration forms.

When Stucky gave Sturckow the microphone, he offered just two phrases: “It was a great flight, and I can’t wait to do it again. Thank you, Forger.”

Stucky said going into the flight, he was glad for Sturckow’s levelheadedness.

“The thing I knew about CJ was that nothing would frustrate him, and I knew that he wouldn’t cave under pressure no matter how bad it got,” he said.

The rare designation of astronaut wings is awarded by NASA or the Air Force when a flight in their respective programs reaches more than 50 miles above Earth.

The first-ever commercial astronaut wings were awarded by the Federal Aviation Administration in 2004 to Mike Melvill and Brian Binnie, who piloted SpaceShipOne, the supersonic plane that was the precursor for SpaceShipTwo.

FAA Assistant Administrator Bailey Edwards took the stage with Stucky and Sturckow Thursday to announce that they, too, would receive the designation in a ceremony next year.

Sturckow already has a set of wings. He’s a former NASA astronaut who flew on four Space Shuttle missions between 1998 and 2009. By the time he left NASA to join Virgin Galactic in 2013, he already logged more than 1,200 hours in space.

But for Stucky, earning astronaut wings was decades in the making. He dreamed of traveling deep into the skies since he was a kid. After reaching the final stages of selection for the astronaut corps — a hyper-competitive process — he didn’t make the cut.

He worked as a test pilot for NASA and the Air Force, logging experience on more than 170 types of vehicles throughout his career. He teamed up with Virgin Galactic about a decade ago. It gave him another shot at reaching his lifelong goal.

When he finally reached space Thursday, Stucky honored a bet he lost to longtime pal Jack Fischer over who would get there first. Fischer was selected to be a NASA astronaut in 2009 and spent 136 days in space last year. Stucky carried Fischer’s name tag with him during Thursday’s flight.

But Stucky said none of that was top of mind.

“The overwhelming feeling is not anything about being an astronaut, it’s about doing a good job and not letting the company down and not letting Richard down,” he said. It was about showing what all those people at Virgin Galactic had worked for was “more than just a vision.”

Stucky told CNN Business in October that he never felt like he was gambling with his life when he boarded VSS Unity for a powered test flight. But on Thursday he admitted he tried to shield some members of his family from the inevitable risk he took on firing a rocket engine up to 260,000 feet in the air.

Stucky’s daughter gave birth earlier in the week. “I did not tell them about this flight because I didn’t want to stress her out,” he said.

When asked how he would celebrate they day’s achievement, Stucky laughed and said his wife “got me a really nice bottle of whiskey.”