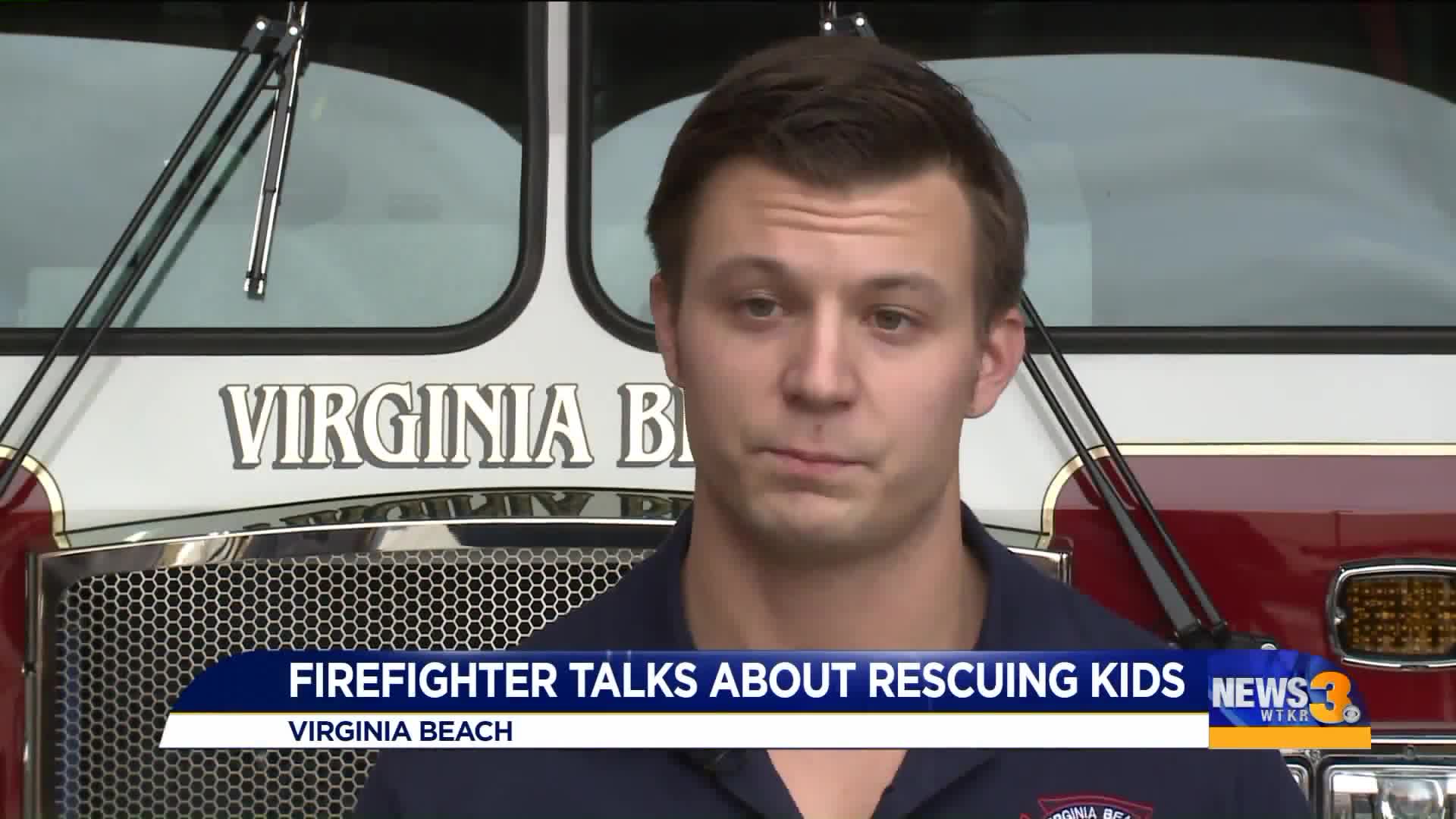 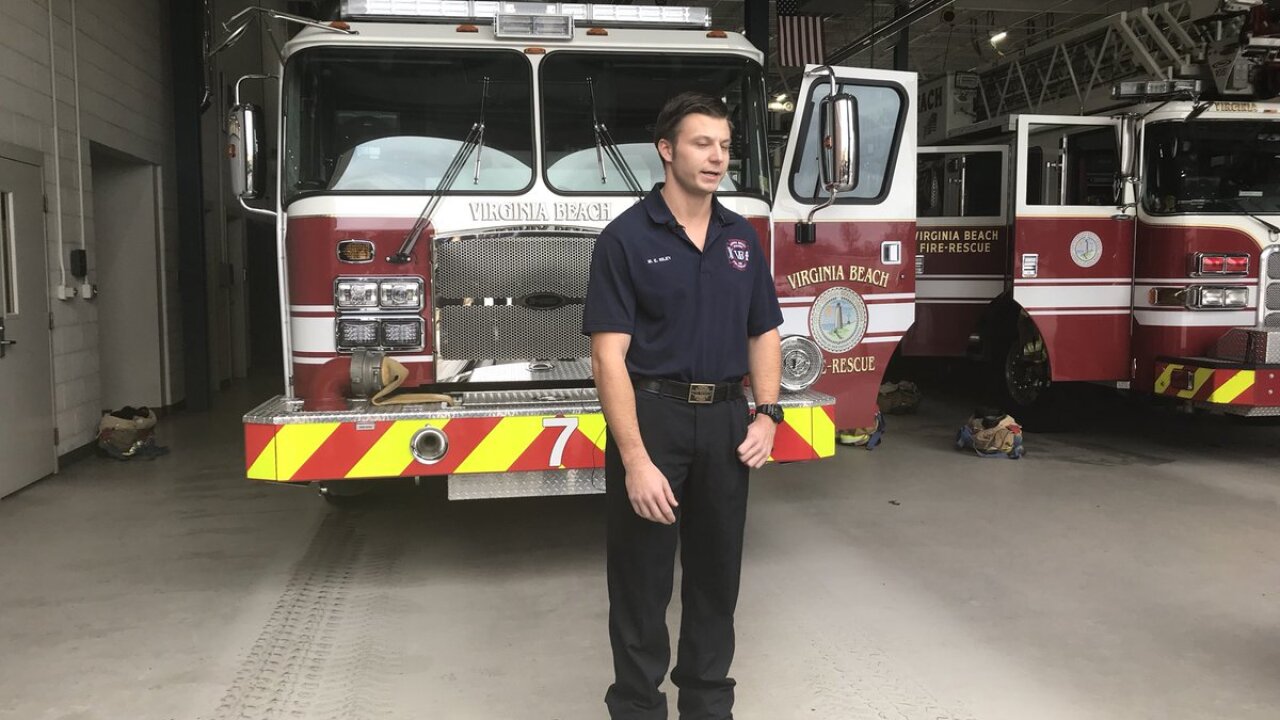 VIRGINIA BEACH, Va. - Firefighter Mitch Riley had never rescued anyone from a burning home before, but as he saw the flames shooting out of a home early Tuesday knew he had to act.

"I feel like it definitely escalates the situation when children are involved," Riley said during an interview on Friday.

Riley and the crew of Engine 7 got a call about a fire on Spartan Street in the County View Mobile Home Park early Tuesday.

When he got there, he learned a neighbor had rescued one child, but two more were trapped inside the home. Riley used a ladder to break a window and then got into the home.

"It was hot. It was dark. You couldn't see anything," he remembers.

At first, he found two-year old Aurora unconscious and got her out, but he knew he also had to find five-year old Jackson.

"Something just told me that they have to be close together," he said.

Moments later, he found Jackson as the room started to change colors. "I reached my arms out as far as I could and I could see flames coming out of my peripheral."

Then, Riley jumped out, but says he wasn't thinking about whether he would make it. "I was so concerned about the kids that I didn't think about that."

The family says the kids are expected to be okay. They're being treated at a burn center in Boston.

On Friday, the family met Riley to thank him for all he did, but Riley doesn't call himself a hero - just a firefighter.