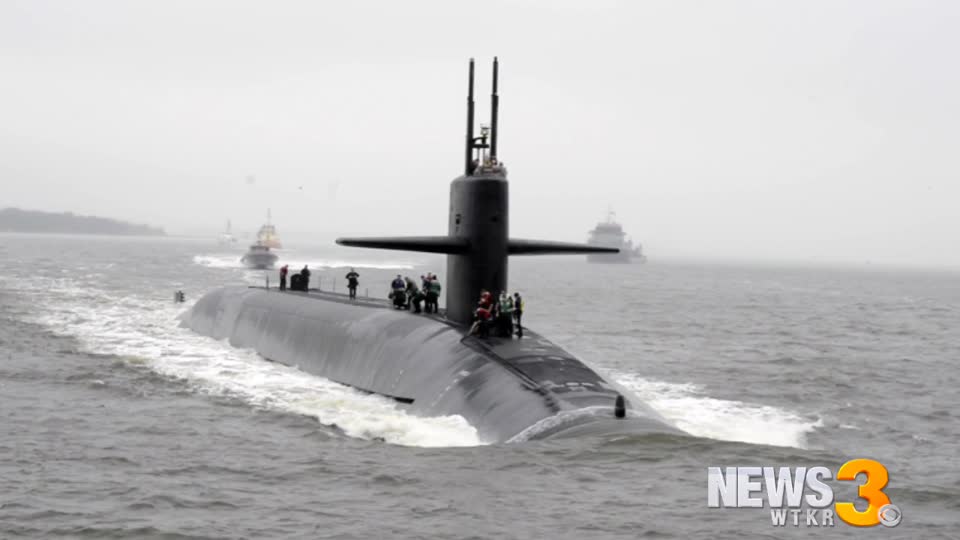 WASHINGTON, D.C. - A government watchdog agency says the Navy has spent more than a billion dollars over the past decade supporting submarines that cannot deploy due to maintenance delays.

The November report from the non-partisan Government Accountability Office (GAO) says Navy shipyards have failed to keep up with maintenance demands for attack submarines.

Since 2008, the GAO says the Navy has spent $1.5 billion supporting submarines unable to deploy due to not receiving needed maintenance.

They looked at Navy maintenance data between fiscal years 2008 and 2018 and discovered attack submarines incurred a total of 10,363 days of idle time as a result of delays from getting in and out of shipyards. That included 14 attack submarines that spent a combined 61 months idling just while waiting to enter shipyards for maintenance.

In 2013, the Boise was scheduled to enter a shipyard for an extended maintenance period. That never happened. The report from the GAO pointed to heavy workloads at Norfolk Naval Shipyard as the root cause.

In June 2016, the Boise could no longer conduct normal operations and their certification expired due to the maintenance delay. The Boise than sat idle at the pier at Naval Station Norfolk for two years.

With prompting from Congress, the Navy awarded a contract to Newport News Shipbuilding, a private shipyard, in October 2017 for maintenance on the Boise in fiscal year 2019.

The Boise moved across the Hampton Roads Harbor in June 2018 to begin scheduled overhaul work at Newport News Shipbuilding.

It is expected to be moved to a dry dock there in January.

The shipyard says that the extended engineering overhaul, including system upgrades, is expected to be completed in 2021.

The GAO report credits the Navy for beginning to address some of the shortfalls, but says the service has not effectively allocated maintenance periods to limit idle time.

The Navy has begun hiring more workers and addressing facility needs at public shipyards, including Norfolk Naval Shipyard located in Portsmouth. In 2007, there were 25,087 civilian full-time employees at the Navy's four public shipyards. That number was up to 34,160 in 2017.

The Navy's goal is to have 36,100 employees by 2020. However, the Navy cautions that the newly hired workforce is largely inexperienced and needs time to reach full proficiency.

The GAO says maintenance delays at the public shipyards are getting longer, with idle time increasing, and the Navy expects the maintenance backlogs to continue.

A possible solution would be to shift more maintenance work to private shipyards, including Newport New Shipbuilding and General Dynamic Electric Boat in Connecticut. The authors of the GAO report say both yards have indicated they have capacity for repair work for at least the next 5 years.

The GAO says 8-million man-hours of attack submarine maintenance have been shifted to private yards over the past 5 years, but only sporadically. That has led to workload gaps at the yards that impacts workforce and capital investments, where costs are ultimately passed along to the Navy.

The report recommends the Navy assess how to best use both public and private shipyards to address the maintenance delays. There were also three additional recommendations not included in the unclassified report due to determination that they were sensitive by the Department of Defense.

In a response to the GAO report, Deputy Assistant Secretary of Defense for Force Readiness Matthew Shipley wrote that many of the issues "align with current efforts in the Department of the Navy."

The response to the recommendation read in part that the DOD has "taken the first steps to take a more holistic view of submarine maintenance requirements and impacts across both the public and private shipyards."

You can read the entire report from the GAO here.