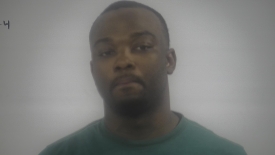 GATES Co., N.C. – Three suspects have been arrested and charged with the early morning shooting death of a man on Adams Swamp Road Saturday.

The call came out around midnight Saturday morning.

Sheriff Ray Campbell with the Gates County Sheriff’s Office told News 3 the victim was found shot to death outside of his home. He has been identified as Isaac Jermaine Hawk of Corapeake.

According to Campbell, all three suspects arrived at the victim’s house around midnight. Hawk came out to meet with the suspects, and an altercation began, which led to the shooting.

After being interviewed by the sheriff’s office and the North Carolina State Bureau of Investigation, witnesses placed the suspects in the victim’s driveway during the shooting.

A deputy arrested two suspects after they crashed their vehicle less than two miles from the scene. One suspect ran and was detained an hour later by Suffolk Police.