5G is here: What that means and how you can get it 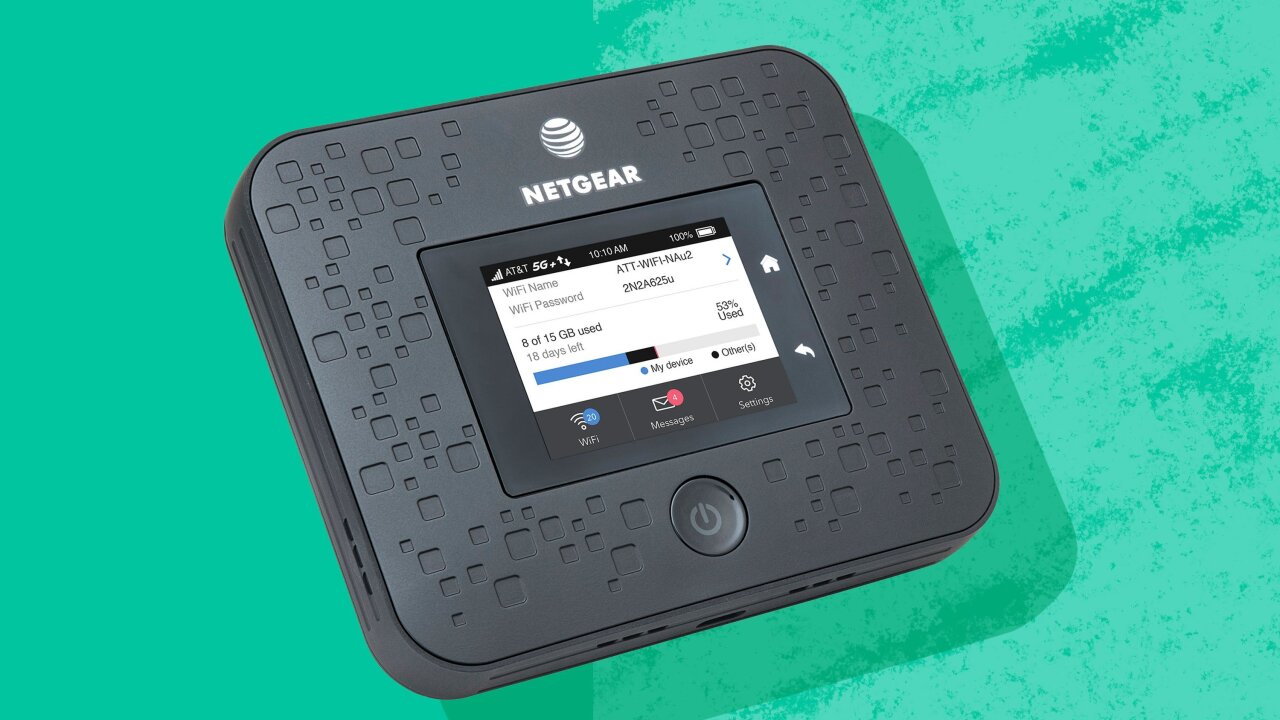 AT&T announced it will start selling a 5G wireless hotspot.

5G is here. It promises super-fast speeds, and it will enable some really cool, futuristic technology. You can get it if you want it, but you practically have to stand on your head.

What 5G tech you can get now

AT&T announced it will start selling a 5G wireless hotspot.

Ushering in the mobile 5G era, AT&T announced in December that it will start selling a 5G wireless hotspot. It can offer speeds up to 400 megabits per second, which is way faster than most home broadband connections and between 10 and 100 times faster than 4G, depending on network conditions. 4G is the fastest wireless technology available to most people right now.

The hotspot will convert the network’s airwaves into Wi-Fi, allowing PCs, phones, and other internet-connected gadgets to access AT&T’s ultra-fast 5G speeds.

Verizon beat AT&T to the punch earlier this year. Its 5G Home device works like a home broadband router, receiving Verizon’s 5G signal and converting it into Wi-Fi.

That’s about it for now. Verizon and AT&T both announced that they will offer a 5G Samsung phone in the first half of 2019. Verizon said its Motorola Z3 will come with a modular attachment that will enable 5G service for that phone — but that’s also coming next year.

Okay, now for the caveats

The 5G hotspot, the Netgear Nighthawk, will only work on one part of AT&T’s 5G technology, called millimeter wave. Those super-high frequency airwaves offer ultra-fast speeds, but they travel very short distances and don’t penetrate walls well, which is bad news if you’re inside. So AT&T had to install its initial 5G radios primarily on rooftops, lamp poles and utility poles. That means the hotspot will get 5G service in city centers but not the outskirts. The broader-span 5G radios will be turned on next year.

It’s also only available to select customers. You can’t walk into an AT&T store to get a Nighthawk — you have to live or work in one of the locations with the 5G service. AT&T said the 5G hotspot will be available more broadly in the spring, at which point it expects to have deployed 5G service in seven more cities. The Nighthawk will cost $499 upfront and $70 a month, AT&T said.

Verizon similarly offers its 5G service in only a handful of cities: Houston, Indianapolis, Los Angeles and Sacramento. And you can’t take the 5G Home device with you — and even if you could, it only works on Verizon’s proprietary network technology.

Verizon plans on launching standards-based mobile 5G technology next year. 5G network standards are important, because they’ll allow every 5G device to operate on just about any 5G network you buy service from, no matter where you bought the device or what wireless company you initially entered a contract with.

“We’ve consistently been first to 5G and we’ll continue to lead the industry in 2019 providing mobility service that is based on the [internationally accepted] standard,” said Kevin King, spokesman for Verizon.

“As with any new technology that’s as nascent as 5G, you’ve got to start somewhere, said Andre Fuetsch, AT&T’s chief technology officer. “As with 4G and 3G when they were new, a lot of it is just getting it out there to see how it performs and gauge customer reaction.”

Why 5G is a big deal

With the devices, AT&T will become the only American wireless company to sell a standards-based 5G device that people can take around with them. The Nighthawk will work anywhere in the world with 5G service once those networks are operational.

Although the Nighthawk was the first 5G device AT&T was able to get out the door, it will be one of many soon to come.

“You’re going to see a wave over the next couple years and beyond of all kinds of new devices hitting the market,” Fuetsch said.

Verizon (VZ) is marketing its 5G home internet service as a replacement for wired internet connections for homes — it even comes with free YouTube TV as a throw-in. 5G potentially allows companies like Verizon and AT&T to become broadband competitors in every city — something they were unable to do with FiOS and U-Verse.

5G’s low latency can allow self-driving cars to process all the information they need to make life-or-death decisions in the blink of an eye. And the network can also act like a cloud server, performing much of the computing and storage that otherwise would have to be done by the self-driving cars themselves. That could potentially save the cars a lot of power and space.

The health care industry believes 5G could help power the next generation of telemedicine and robotic surgeries.

Before all of that can happen, however, wireless companies have tens of billions of dollars worth of infrastructure to upgrade, devices to test, and some early adopting customers to serve as 5G guinea pigs.