He survived, but his family ran into another problem: Selling their home in Chesapeake after they got stationed in San Diego.

The Hampton Roads community took action to help him and his family when they learned about his struggles.

“We’ve had so many people want to step up and help out. We’ve had people from all over the country reach out,” said Fish.

People reached out and donated money, time and supplies for Stacy's house.

More than a year ago, an Improvised Explosive Device (IED) almost claimed Stacy's life in Syria.

“The brunt of his injury went through his neck and then his spinal cord,” said his wife, Lindsey Stacy. 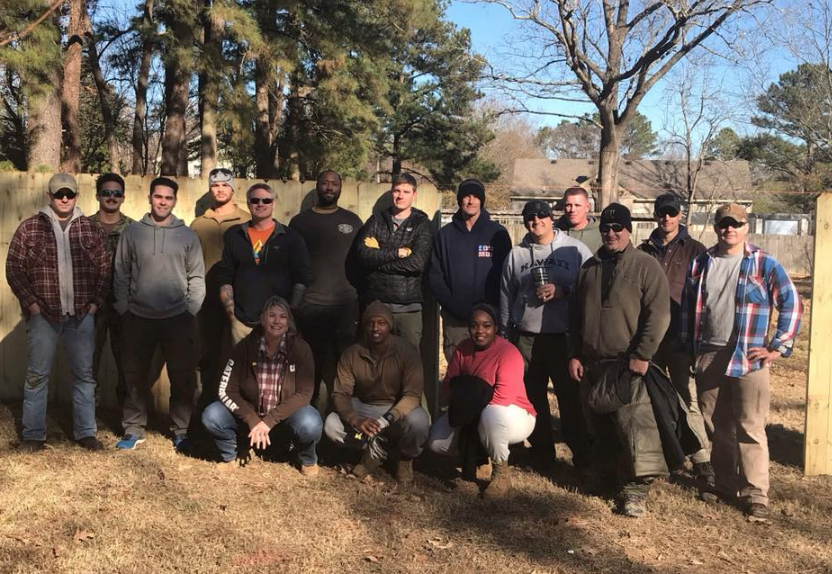 News 3 interviewed her over Skype from his husband's hospital bed.

The father of four is now a quadriplegic.

He used to be stationed in Hampton Roads and bought the home in Chesapeake several years ago. They were unable to sell it, so they decided to rent it out while they were transferred to San Diego, but they ran into problems with the tenants.

The Stacy family said the people renting the home trashed it. They said they caused major damage and stopped paying rent.

They said the carpet was rancid, the home smelled like smoke and the whole place needed major repairs.

Kenton was struggling with all of his medical needs, and the home was just another major problem for the family.

Fish saw it while she was on vacation in Florida. She didn’t know the family personally but said her husband and Kenton used to work together.

“[It] hits so close to home because it’s a small community. These guys are warriors. They’re awesome,” said Fish.

Her heart broke for the family.

She organized efforts to get the home renovated and ready to be put on the market.

Over the past five weeks, the house has undergone massive changes. It has received new floors, landscaping, appliances, a fence and paint, among many other things.

Fish said military families from Little Creek and many area businesses stepped up to help this family and make donations.

Some of the folks that really stepped up and helped include:

“We were able to get everything we needed and then some,” said Fish.

“I am so happy. I couldn’t be happier. It has exceeded my expectations. Everyone has gone above and beyond and more and done more than what I could’ve ever hoped for or imagined,” said Fish.

Fish is not making a commission. She’s delighted she was able to help this family and see the overwhelming outpouring from the community.

She said she glad this is her first house listed for 2019 and hopes to sell it for them soon.

If you are interested in the house, Julie Fish can be reached at 757-305-8007 or via email at julie.teamexcel@gmail.com.

Click here and here to see photos of the Stacy house.

Monetary donations can also be made to the family's GoFundMe account here.