CHESAPEAKE, Va. – Four people are out of their home to start the New Year after a house fire Tuesday morning.

"You see it happen to everybody else and never think it's going to happen to you, but there it is - living proof," Keith Harrell said.

Firefighters were called the 2100 block of Isabella Drive in the Western Branch section of Chesapeake around 5:45 a.m., arriving to find heavy fire and smoke coming from the two-story home, officials said.

Multiple crews worked to control the fire that had extended into the attic space. The fire was brought under control at 6:30 a.m. and marked out at 7 a.m.

The residents, Keith and Lisa Harrell, along with their daughter were able to get out without injury, but their pets weren't as lucky. The blaze killed four cats and a hamster.

With tears in their eyes, the Harrells spent the morning sifting through anything that could be salvaged. Right now, the home is too badly damaged to live in and they don't know when they'll be allowed back.

"Never underestimate how bad a fire can get and the amount of time it took [to destroy our home]. Don't ever second guess it; just get out," Lisa Harrell said.

One firefighter was evaluated and released on the scene.

The Red Cross is assisting the Harrells with lodging and a GoFundMe has been created for them. 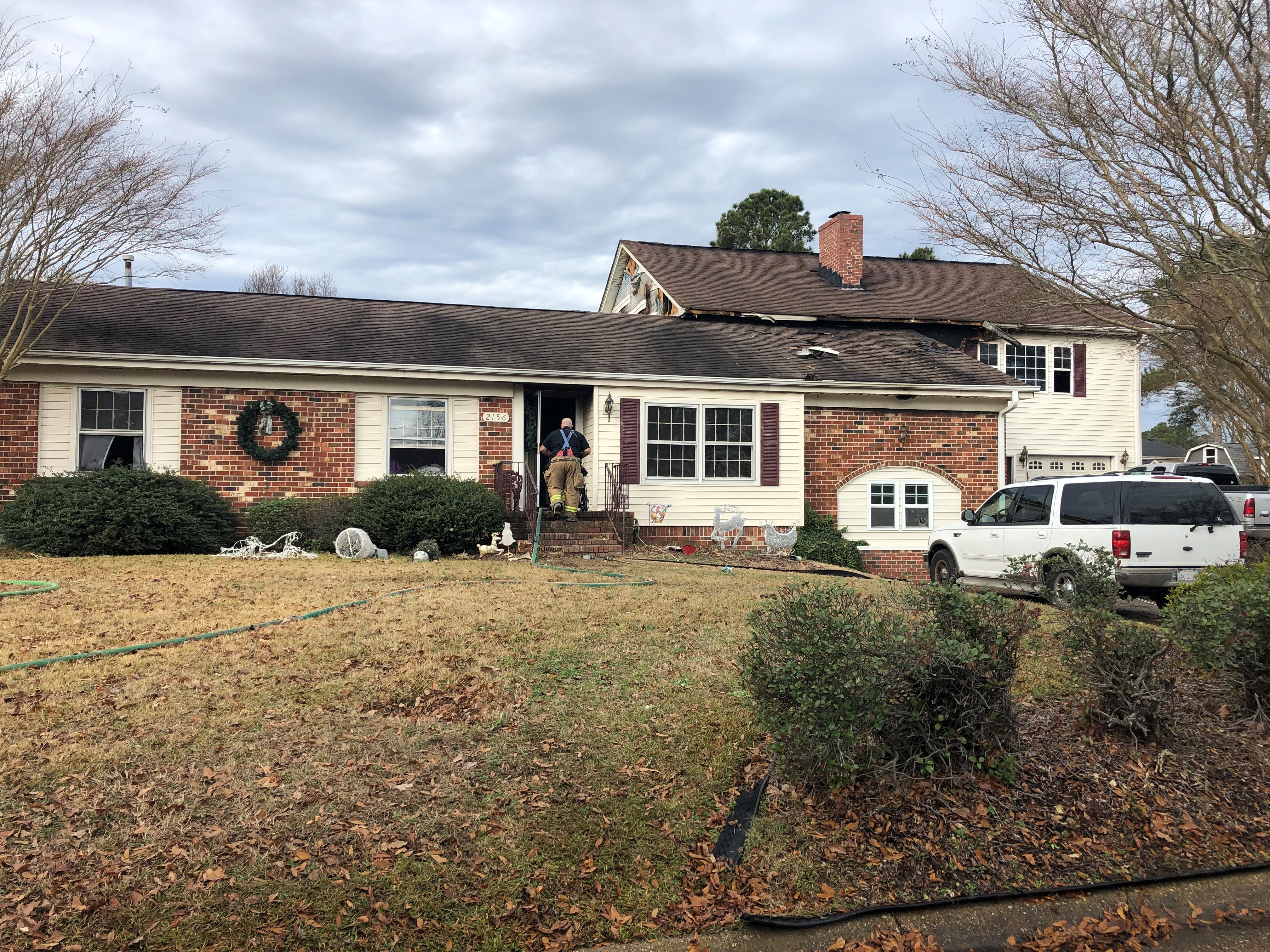