Talk show host Ellen DeGeneres is campaigning hard for Kevin Hart to take back his spot hosting this year’s Oscars.

Kevin Hart stepped down from hosting last month after tweets from 2009-2011 resurfaced with derogatory language referring to gay people and disparaging comments about sexuality.

Hart said at the time that he was giving up the job because he was sorry for the hurt he caused and did not want to be a distraction, and in another statement said he did not want to contribute to “feeding the internet trolls” who dug up the tweets.

DeGeneres released clips from an upcoming episode of her show ahead of schedule on Twitter Thursday night that shows her discussing the controversy with Hart and encouraging him to reclaim the hosting gig.

In the clips, Hart said he recognized that his comments on Twitter were dangerous and said he had apologized and grown in the 10 years since he made them.

Don’t miss The Ellen DeGeneres Show on News 3 Friday at 3 p.m., to see the conversation.

DeGeneres said on the show that she believes that it is important for Hart to host, so much so that she says she personally called the Academy to get him back on.

“What we’re going to get to see onstage with you hosting the Oscars is sophistication, class, hilarity, and you growing as a person,” DeGeneres said.

Hart said his hesitation to host, which he said was a dream for him, comes from fear of the people who went through his nearly 40,000 tweets to find incriminating ones.

“That’s a malicious attack on my character,” Hart said. “That’s an attack to end me.”

But DeGeneres pushed the opportunity to host as a chance to model growth and stand up to against “trolls.”

“As a gay person,” DeGeneres said, “I am sensitive to all of that and I talked to you about all of this and you’ve already expressed that it’s not being educated on the subject, not realizing how dangerous those words are, not realizing how many kids are killed for being gay, or beaten up every day. You have grown, you have apologized, you are apologizing again right now. You’ve done it. Don’t let those people win. Host the Oscars.” 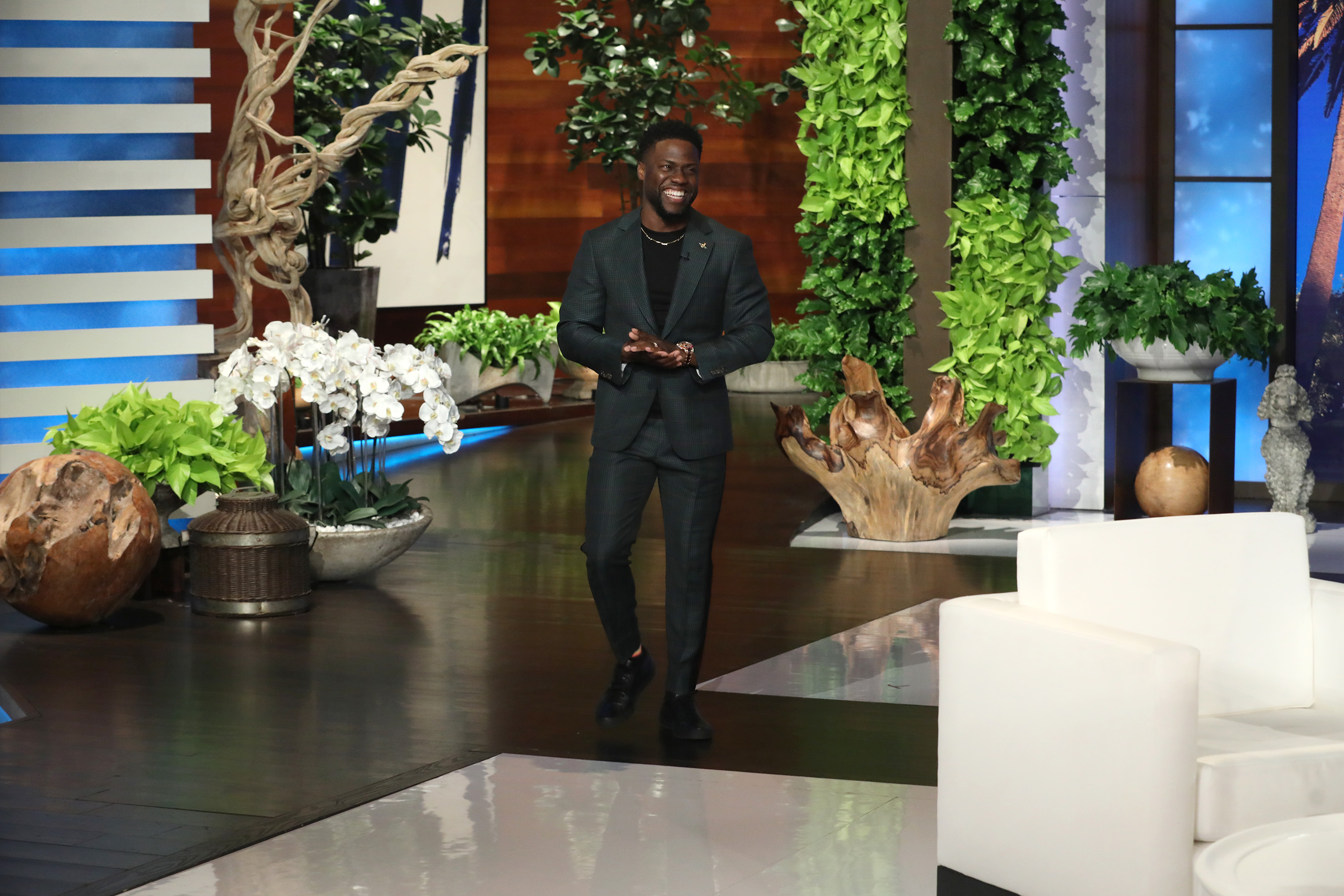