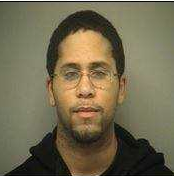 WILLIAMSBURG, Va. – A student and an employee at the College of William & Mary received their sentences Wednesday after they were arrested in October for selling narcotics on the school’s campus.

He was charged with one count of sale, distribute marijuana.

18-year-old student Biloliddin Tulamirza was sentenced to 12 months with 11 months and 15 days suspended. Tulamirza will serve 15 days, five years of propation and pay a $346 fine.

He was charged with drug sale on, near school/library.

A total of 10 people, including a visiting faculty member, were arrested after the April 2018 narcotics investigation.

Records say Pryor sold marijuana to students away from campus.