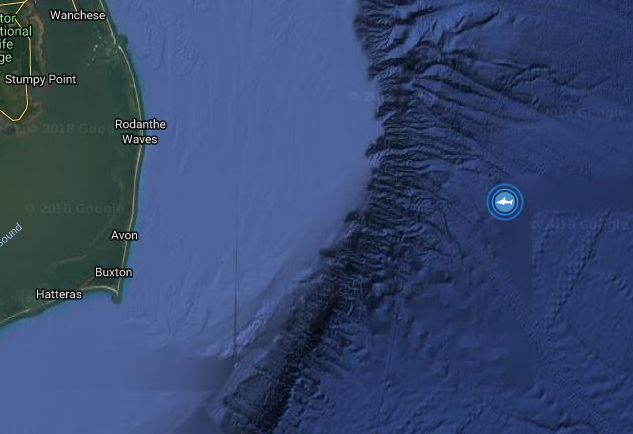 AVON, N.C. – A great white shark who goes by the name, Miss Costa, has been tracked off the coast of the Outer Banks.

The shark pinged off the coast of Avon on January 6 at 4:31 p.m. We’ve tracked Miss Costa off the OBX coast and Virginia beach coast in prior years as well.

Miss Costa and other sharks can be tracked through Ocearch.org.

Ocearch says a ping happens when the shark’s dorsal fin breaks the surface of the water and transmits a signal to a satellite overhead.

The signal then sends back an estimated geo-location.

The shark is a 12 foot 5 inch female white shark weighing 1,668 pounds. She is consider to be a sub-adult

Miss Costa was originally tagged in Nantucket, Massachusetts on September 22, 2016.