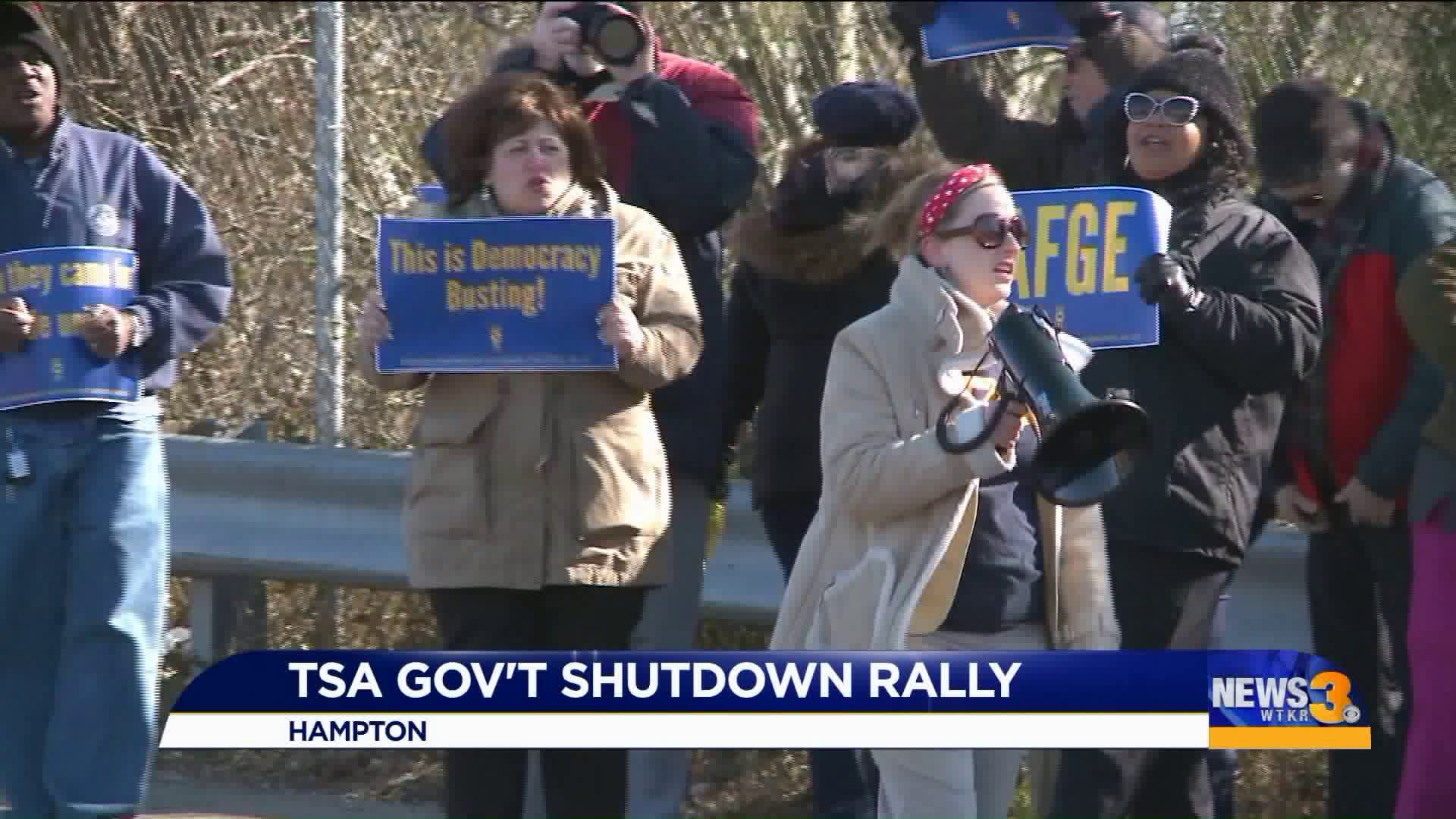 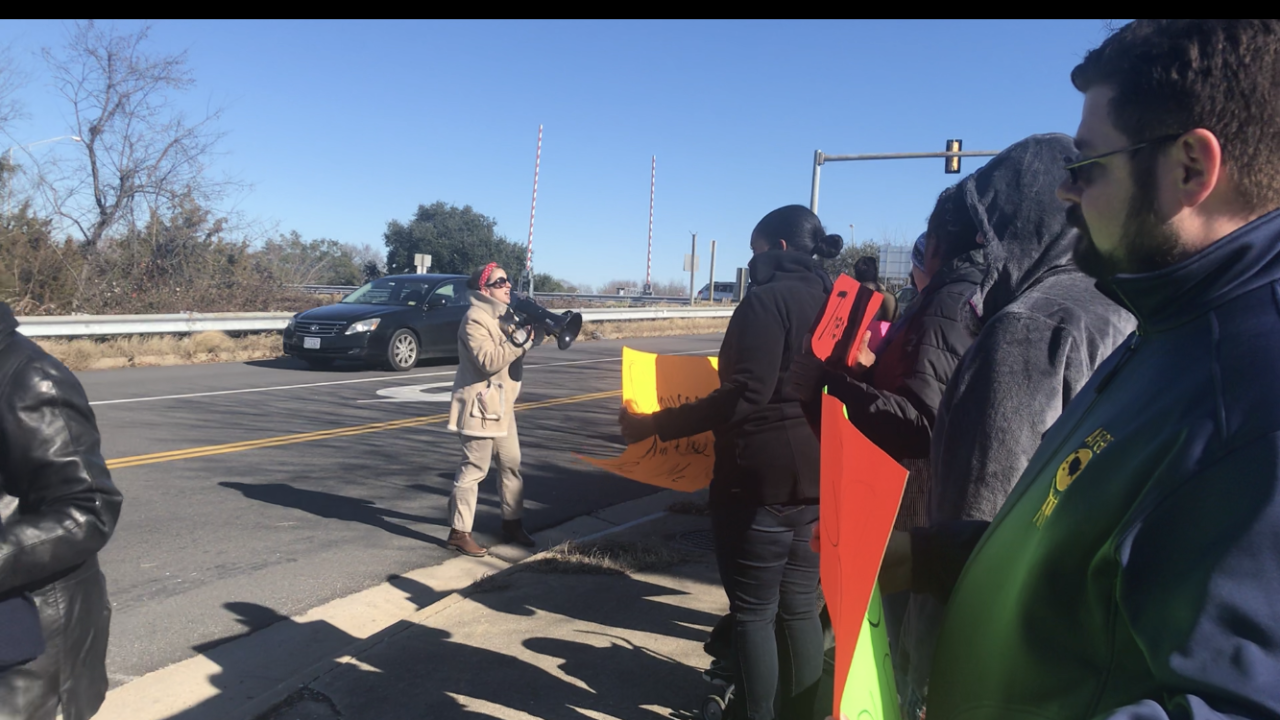 HAMPTON, Va. - Carrying a sign reading, "Gas ain't free pay me," Patrice Daniels is a single mother of four and a TSA officer who won't be getting her paycheck this weekend thanks to the government shutdown.

Government employees hold a rally outside the Hampton VA Medical Center, calling for an end to the government shutdown

"I am paycheck to paycheck, so this is something that is going to greatly affect me," Daniels said.

She joined with dozens of others from the American Federation of Government Employees to hold a rally outside of the Hampton VA Medical Center calling for the shutdown to end.

"It's uncomfortable not knowing when my next paycheck will arrive, so a lot of decisions have to be made," she said.

VA employees joined the rally in a show of solidarity, but they continue to get paid. TSA officers do not, although they're required to continue to work.

"People cannot work for an extended period without payment," said Scott Robinson, the local president of the AFGE.

Eventually, the lack of pay could mean employees begin looking for jobs elsewhere. "I'm going to continue to work as long as I can," said Daniels. "I don't know how much longer I can pay for childcare, gas, come to work, and take care of my household. I am concerned."

The workers do expect to eventually get back pay, but don't know when the shutdown will end.