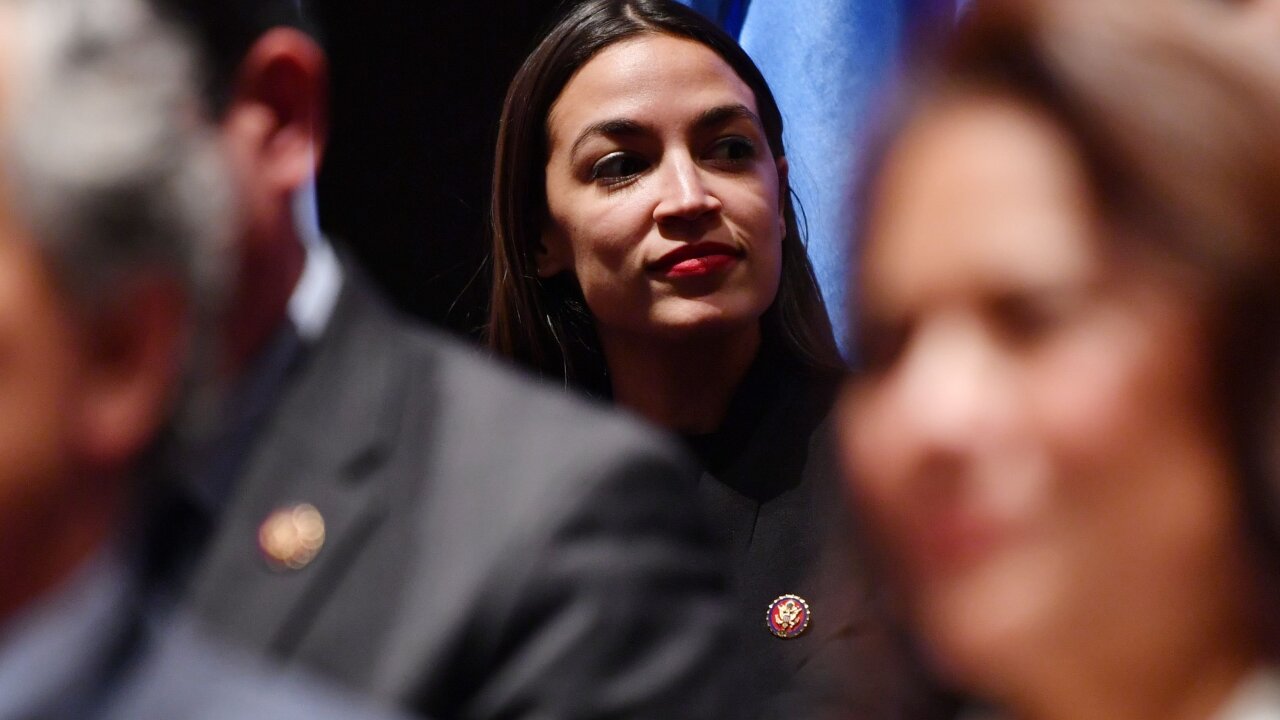 US Representative Alexandria Ocasio-Cortez attends a swearing-in ceremony and welcome reception for new Hispanic members of the US Congress in Washington, DC, on January 9, 2019.

Two House millennials on opposite sides of the political spectrum have proved it’s possible to find common ground, at least when it comes to cannabis policy.

Democratic Rep. Alexandria Ocasio-Cortez of New York recently tapped Dan Riffle, a former federal policy director at the Marijuana Policy Project, as a senior counsel and policy adviser. When she tweeted out a story about the hire from High Times, she added, “#LegalizeIt, and demand justice for communities ravaged by the War on Drugs.”

US Representative Alexandria Ocasio-Cortez attends a swearing-in ceremony and welcome reception for new Hispanic members of the US Congress in Washington, DC, on January 9, 2019.

Republican Rep. Matt Gaetz of Florida retweeted her and added, “You had me at hello.”

That a self-described democratic socialist can share a drug policy stance with a man once called the “Trumpiest congressman in Trump’s Washington” by GQ might have something to do with their ages. Millennials are more supportive of legalizing marijuana than older generations, with 74% backing it in a 2018 Pew poll. Ocasio-Cortez, 29, and Gaetz, 36, are in line with their peers.

Related: Local delegate fights to have marijuana legalized in Virginia

Gaetz represents the shift in his party. In 2018, he and Democratic Rep. Seth Moulton of Massachusetts teamed up on legislation that would require the Veterans Affairs Department to survey veterans on marijuana use and protect the benefits of veterans who disclose their marijuana use to VA doctors.

Gaetz also backed the Medical Cannabis Research Act, the first such legislation related to marijuana ever considered by a Republican-led Judiciary Committee, his office said.

“This drug should not be in the same category as heroin and LSD, and we do not need to continue with a policy that turns thousands of young people into felons every year,” Gaetz said in 2017. “Nor do we need to punish the millions of people who are sick and seeking medical help — from pain, from muscle wasting, from chemotherapy-induced nausea.”

Former House Speaker John Boehner also came out in support of weed. The Ohio Republican was opposed while he was the speaker, but last April he took a role on the board of advisers for Acreage Holdings, a cannabis company, and has spoken at cannabis investment events.

Though Republicans like Gaetz might be rare in Congress now, should his party continue to evolve on cannabis policy, issues like medical marijuana, the war on drugs and legalization could one day become more bipartisan.