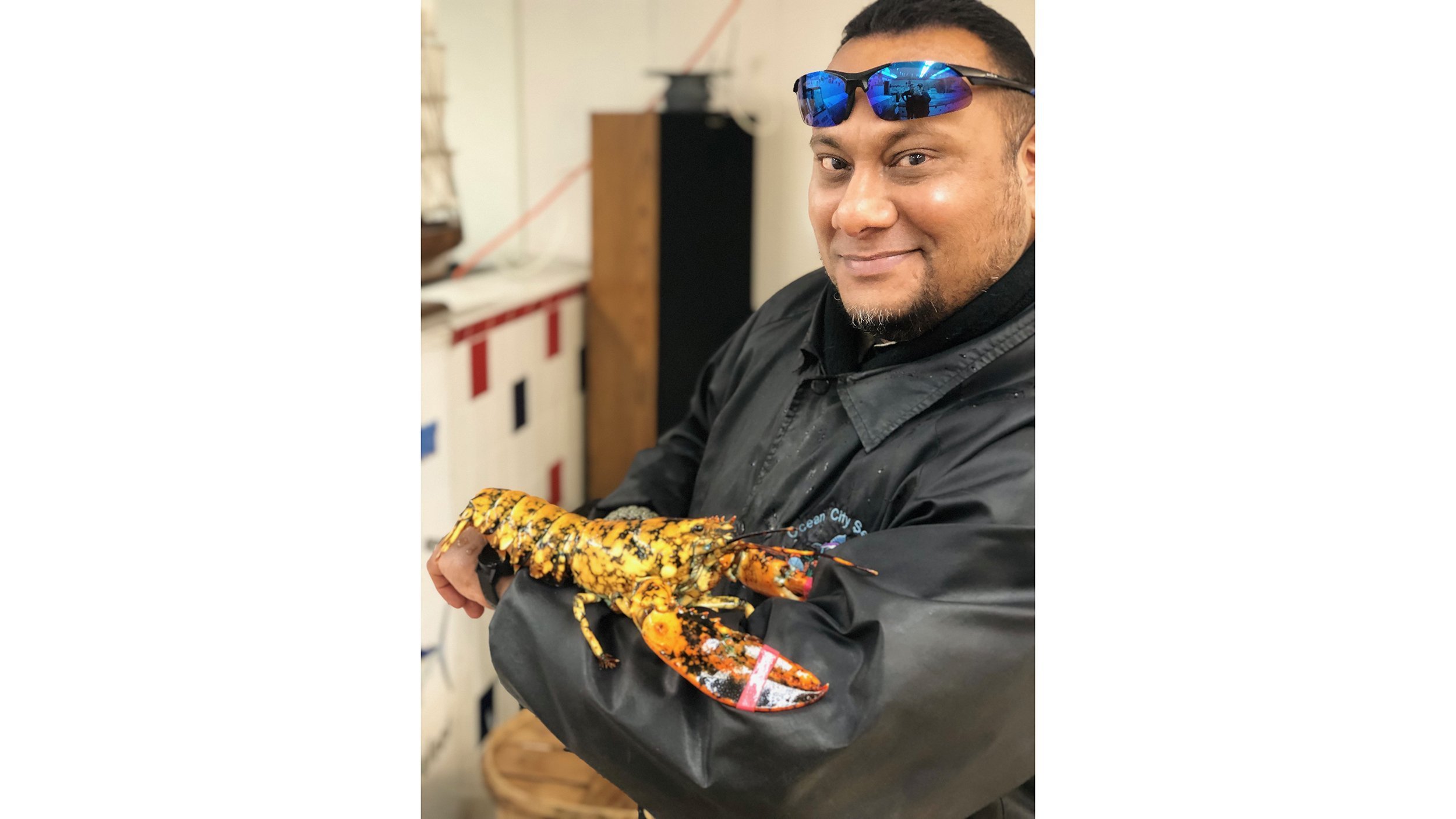 He spared her life and named her Eve. Now instead of a lobster pot she’s going to live in an aquarium.

The owner of a fish market in suburban Washington was sifting through his daily seafood delivery from Maine in late December when he came across a curious find: a lobster with a speckled, orange-and-black shell.

It turned out to be a rare calico lobster. The odds of catching one are about one in 30 million.

The owner of the Ocean City Seafood market in Silver Spring, Maryland, who wants to be identified only as Nicholas, didn’t want to send the crustacean to a restaurant to become someone’s dinner. So he set her aside.

“He didn’t know why she was special,” said Rita Montoya, a spokeswoman for the market. “He just formed a bond with her.”

Nicholas determined the lobster was female and gave her a name. Later he reached out to the National Aquarium in Baltimore and learned just how special Eve was.

American lobsters can be blue, yellow, split-colored, or even albino, according to the University of Maine’s Lobster Institute. While calico lobsters are extremely rare, the chances of finding an albino lobster are even rarer — one in 100 million.

Montoya said Eve is waiting in a special tank at the market while they decide what to do next.

“There’s a lot of interest. We’re looking into all of the options,” Montoya said. “We want what would be best for her.”

In a press release, Ocean City Seafood said Eve will be donated to an aquarium — possibly the Georgia Aquarium in Atlanta, although plans haven’t been finalized yet.

“The possibility of caring for such a unique and rare animal, plus being able to potentially share that with our guests, is something we would be very excited to do,” said Jessica Fontana, director of communications at the Georgia Aquarium, which bills itself as the largest in the country.

The New England Aquarium in Boston and the National Aquarium in Baltimore have also expressed interest in housing Eve, along with a few others outside of the US, Montoya said.

But putting her back in the ocean wouldn’t be the safest thing to do.

“Because she’s so bright, she’s very vulnerable to predators,” Montoya said. “That’s why it’s so amazing she’s made it this far in the first place.”