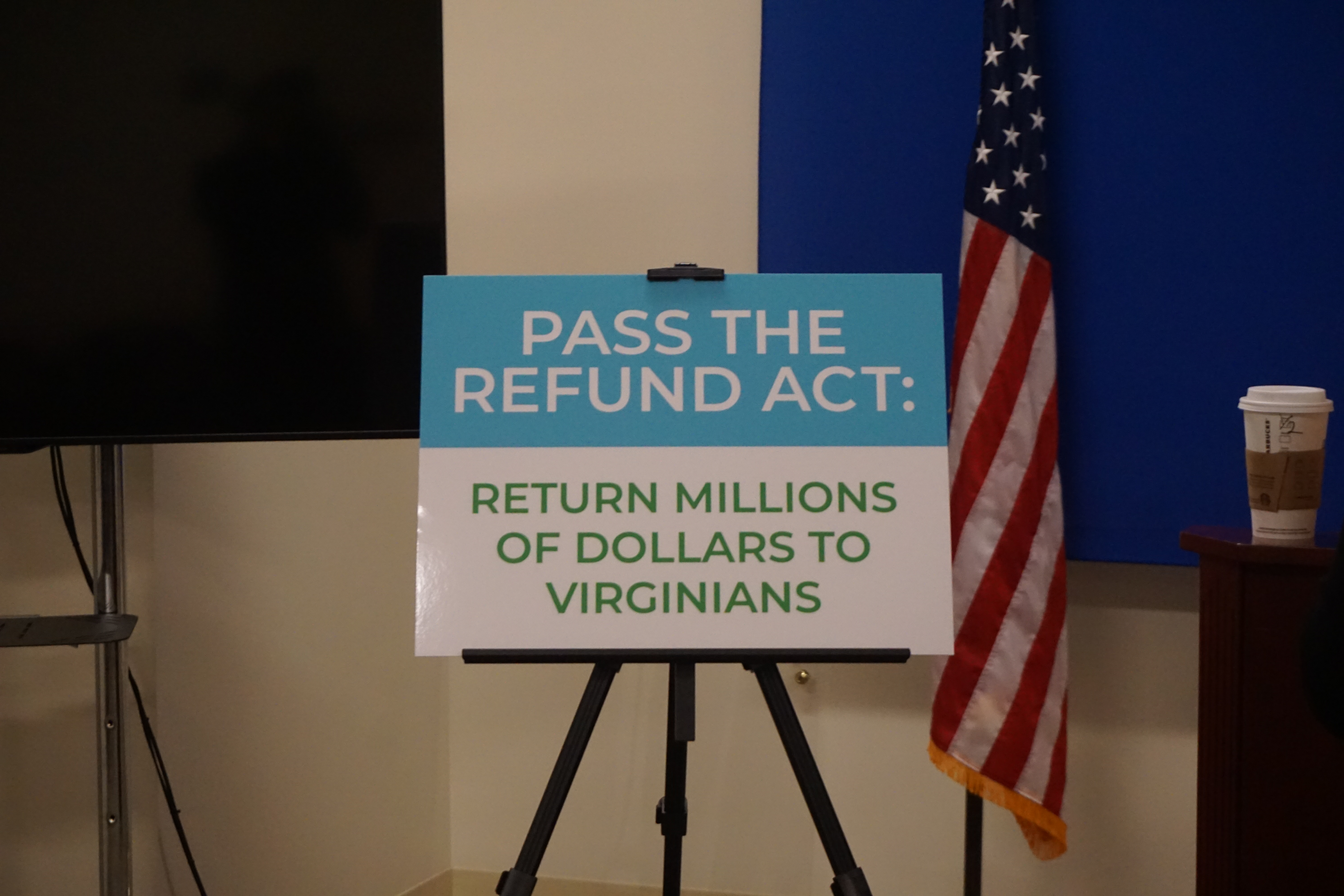 RICHMOND, Va. — Democratic lawmakers have introduced a bill to return millions of dollars to Virginia residents who they say have been overcharged by the state’s utility companies.

Bill sponsors say Dominion Energy and Appalachian Power, the largest energy providers in the state, are charging residents more than they should for utility costs.

“Virginia consumers have suffered long enough,” said Del. Sam Rasoul, D-Roanoke. “My constituents have said their utility bills are too high, and we need to have a strong group advocating for consumers to ensure that ratepayers are not being taken advantage of.”

Rasoul is the chief sponsor of the “Ratepayers Earned these Funds, Not Dominion” (REFUND) Act. He said it seeks to compensate ratepayers for years of excess spending by utility companies.

Related: How to pay your bills during the government shutdown

“Energy bills in Virginia have stopped reflecting the fundamental principle that ratepayers should only pay for the underlying cost of their energy and its delivery,” the report said.

It alleged that most Virginia residents are being overcharged by an average of $250 on their utility bills every year due to nonessential spending by utility companies — an excess payment that Clean Virginia has dubbed the “Dominion tax.”

The proposed legislation aims to refund that money as a credit on customers’ bills over a period of six to 12 months.

“It ensures that we as ratepayers do not pay for Dominion’s lobbying activities,” said Del. Jennifer Carroll Foy, D-Prince William. “These nonessential costs should never be subsidized by ratepayers, and refunding this money ensures ratepayers get back every cent that is rightfully theirs.”

Under the proposed legislation, the State Corporation Commission would conduct annual proceedings to determine whether each electric public utility used revenue collected from its customers to pay for nonessential expenditures and would determine the amount and type of expenditure found to be improper.

If any nonessential expenditures are found, the commission would have the authority to order the company to refund an equal amount to its customers.

Additionally, if a utility company is found to have used ratepayer money to pay for any advertisements, the company would be required to refund customers 10 times the cost of the advertisement. Exceptions would be made for advertisements that promote conservation or more efficient use of energy.

Dominion Energy has denied charging their customers for any nonessential expenses and maintains that the average bill for its customers is more than 20 percent below the national average.

“Our customers never pay for our lobbying, political contributions or most of our advertising,” Dominion Energy spokesperson Rayhan Daudani said. “They are getting a great value on their power bills and have been for years.”

The REFUND Act is one of several bills targeting Dominion on environmental and regulatory issues this year: