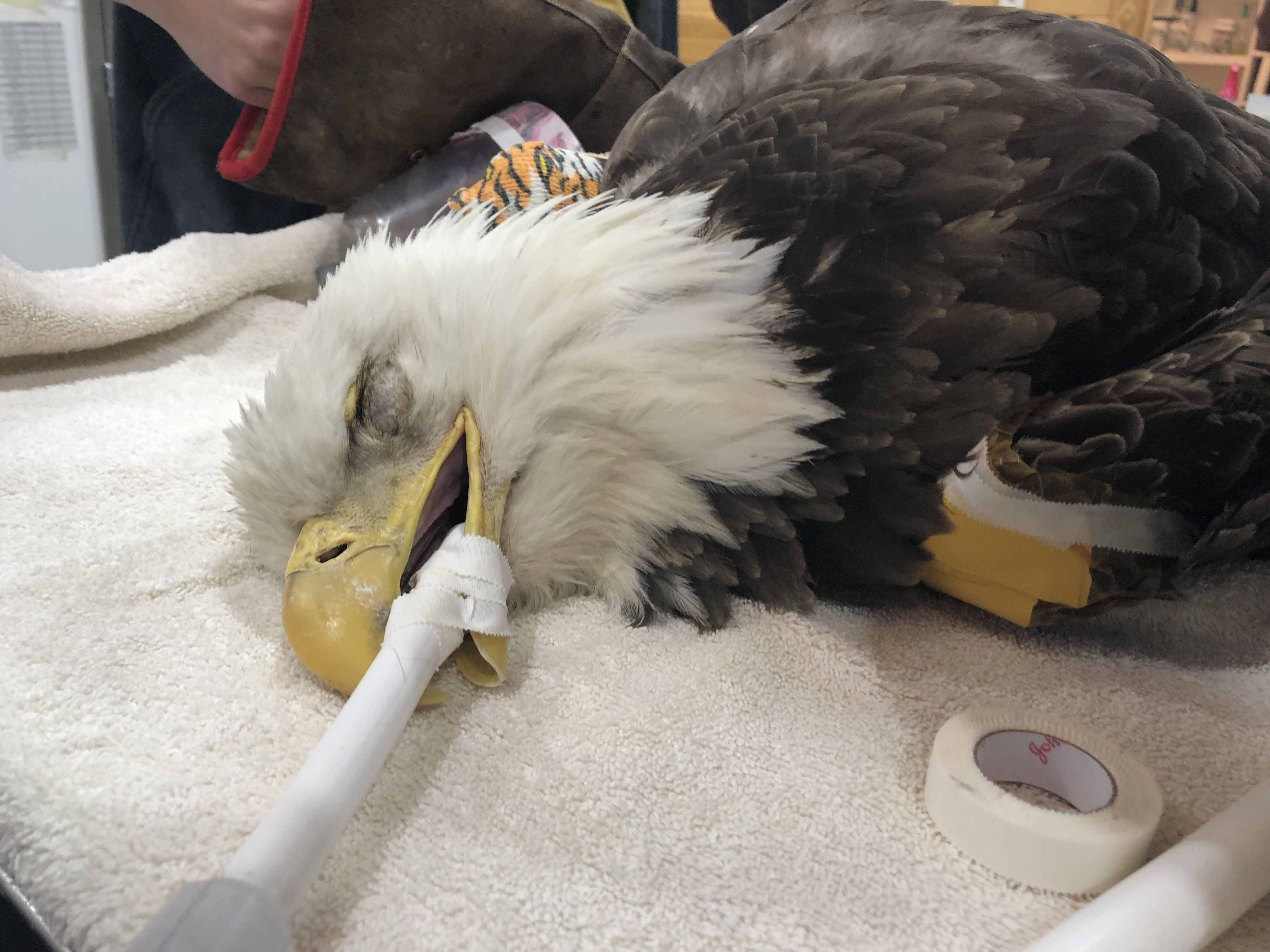 NEWPORT NEWS, Va. – Staff at the Wildlife Center of Virginia is caring for a bald eagle that was hit by a car in Newport News on January 15.

A Newport News Parks and Recreation ranger rescued the female bird after it was hit. A volunteer took the bird to the Wildlife Center after a veterinary clinic in Yorktown assessed and stabilized the eagle.

During an initial examination, the eagle – named Bald Eagle #19-0031 – was in decent body condition and appeared bright and alert. However, some of the eagle’s primary and tail feathers were described as dirty and tattered, and the veterinary team saw feather lice on its body feathers.

The bird had superficial scrapes on both feet and mildly blunted talons. She was unable to flex one of the digits on her right foot.

The eagle’s wing was injured, and the veterinary clinic that initially assessed her had wrapped the wing to stabilize two ulnar fractures. Additional radiographs showed a fracture of the bird’s left ulna.

While her left carpal bone (wrist bone) also appeared abnormal on the radiographs, staff say it’s possible that this abnormal finding is due to positioning during the procedure as the eagle’s ulnar injuries prevented the wing from positioning appropriately for imaging.

Bald Eagle #19-0031’s pubic bones also appeared asymmetrical, though staff could not identify any injury to her pelvis. They believe it was possibly a result from a previous injury that has since healed.

The radiographs also showed a large fishing hook with a metal sinker, along with some partially-digested bone material in the bird’s gastrointestinal tract. The hook will have to be surgically removed.

Veterinarians will perform surgery on the eagle Thursday to repair the fractures to her left ulna.

As of Thursday, the prognosis for the eagle’s survival and recovery is “poor.” The veterinary team will have a clearer perspective after the surgery.

Staff say if an injury to the bird’s left carpus has been confirmed, the prognosis will get worse because joint issues are a problem for wild birds.