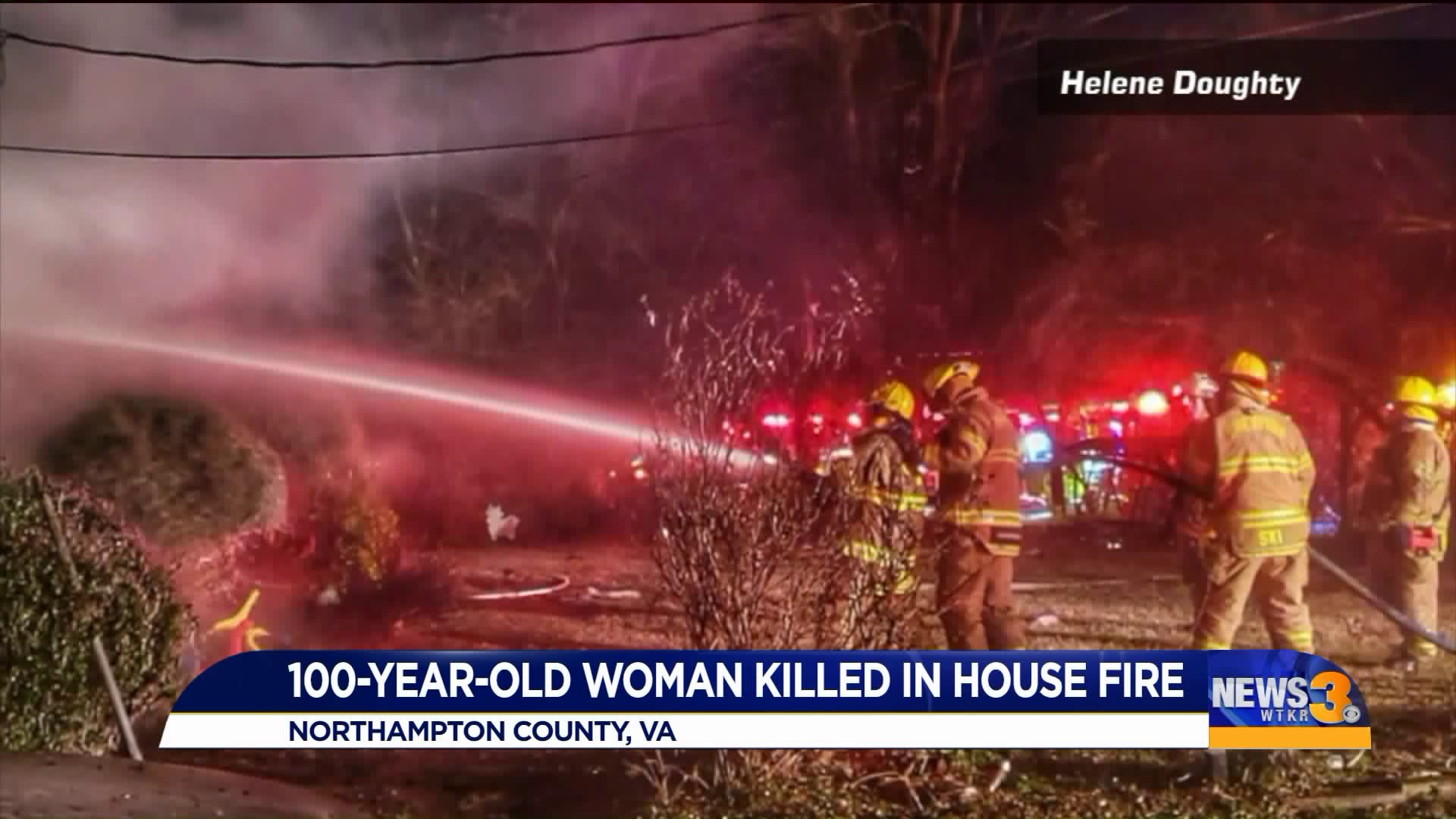 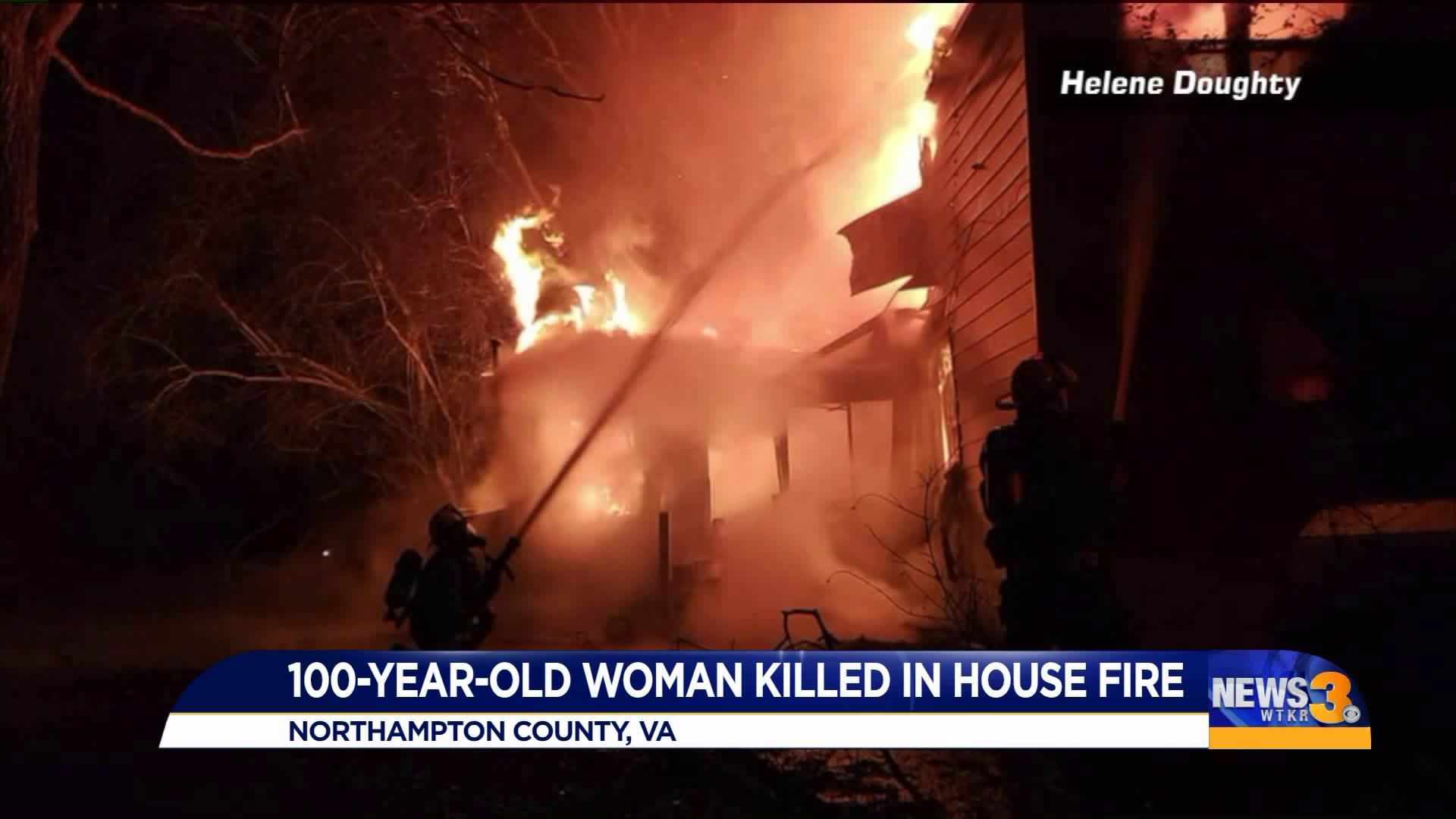 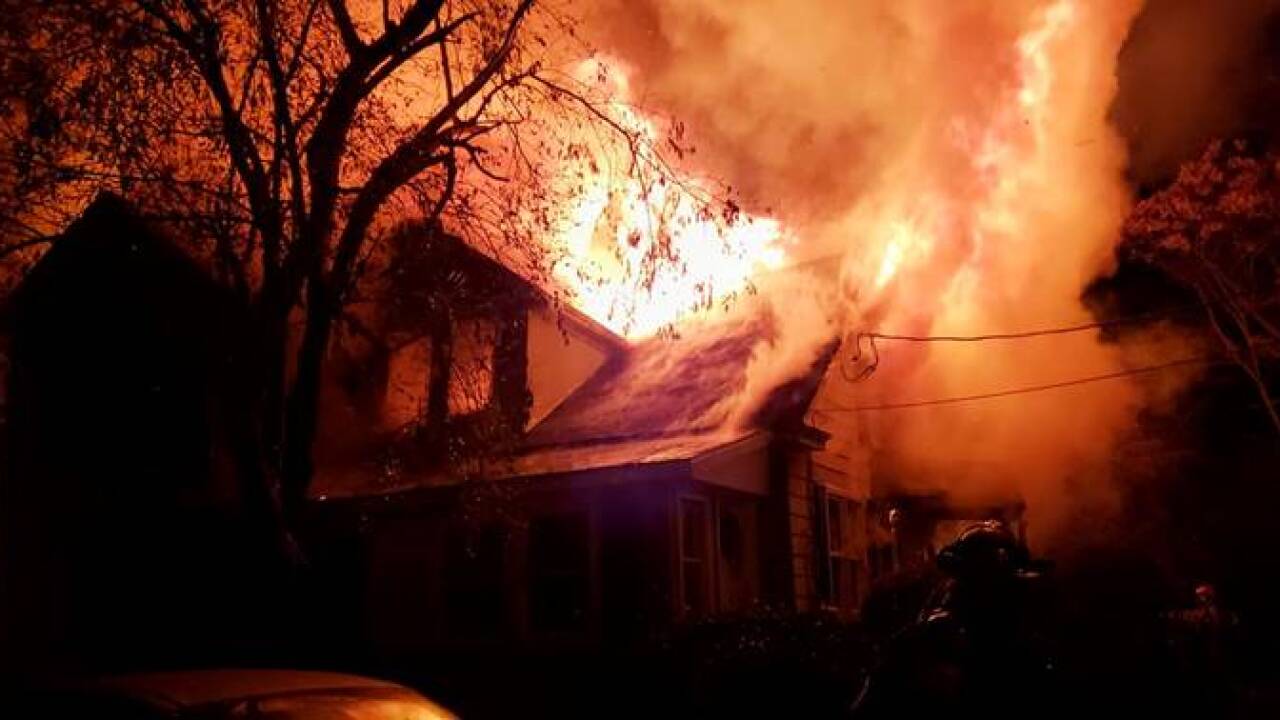 Officials say it happened in the Birdsnest area of Northampton County around 11 p.m. Sunday night. Virginia State Police were called to the scene to investigate a fire with an entrapment around 1:10 a.m. Monday.

While the identity of the victim has not been released, neighbors who live directly across the street from the home that caught fire told News 3's Aleah Hordges the woman was 100 years old. They said they are the ones who called 911.

"It's a real tragedy," said Tiffanie Garris. "She lived a long time and she has been my neighbor since I've been born."

Neighbors said three people lived inside the home and two made it out alive. They said one of the residents banged on their window calling for help.

Crews told News 3 they were on scene for seven hours, battling freezing conditions and heavy winds that created heavy smoke in the air.

Download the News 3 app for more on this story.