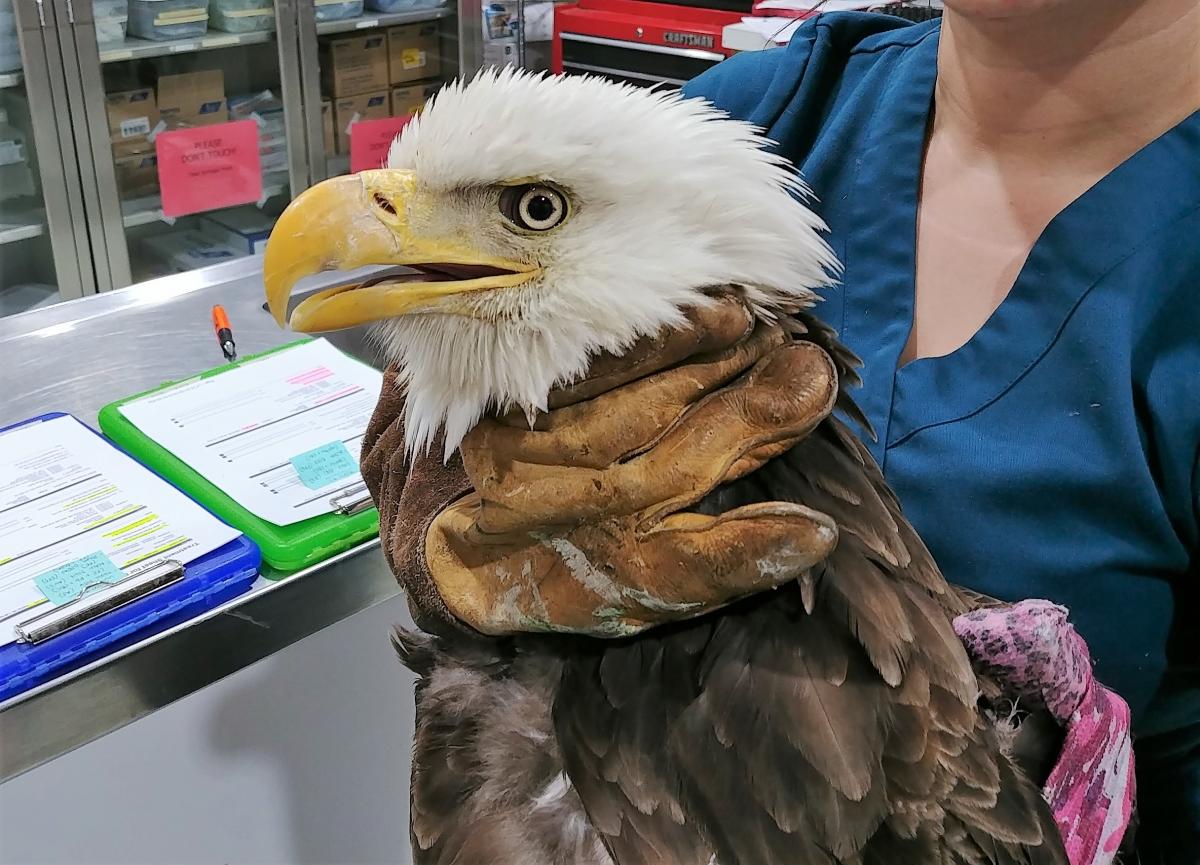 NEWPORT NEWS, Va. – A bald eagle hit by a car, whose early prognosis was “poor,” survived surgery and has been doing well in the days following.

During an initial examination after being taken in by the Wildlife Center of Virginia earlier in January, the eagle was in decent body condition and appeared bright and alert. However, the eagle’s wing was injured, and the veterinary clinic that initially assessed her had wrapped the wing to stabilize two ulnar fractures. Additional radiographs showed a fracture of the bird’s left ulna.

The Wildlife Center of Virginia surgically repaired the eagle’s left wing, and also removed a large fishing hook with a metal sinker from the bird’s stomach.

The veterinary team has been checking the surgical site on the eagle’s wing daily, and said that the eagle receives laser therapy on her fractured ulna every day  before her wing is re-bandaged. Staff also said that she has been able to keep down a tube-fed diet despite punctures in her stomach, and said that on Monday they will try feeding her rat meat without fur or bones.

The eagle’s demeanor and progress are encouraging, but the bird still has a long road to recovery due to the potential for infection. Even if she recovers, she may not recover fully due to her multiple wing fractures.