Firefighters respond to a house fire in Norfolk 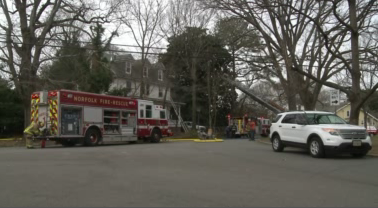 NORFOLK, Va. – Norfolk Firefighters are responding to a house fire in the 4400 block of Colonial Avenue.

The fire was found in the basement of the home.

Officials say the house is under construction.

The house fire was called under control at around 8:30 a.m.

The fire is currently being investigated.

Stay with News 3 for updated.

The fire on Colonial Ave has been called under control. Fire was found in the basement. House is under construction. Fire Is under investigation