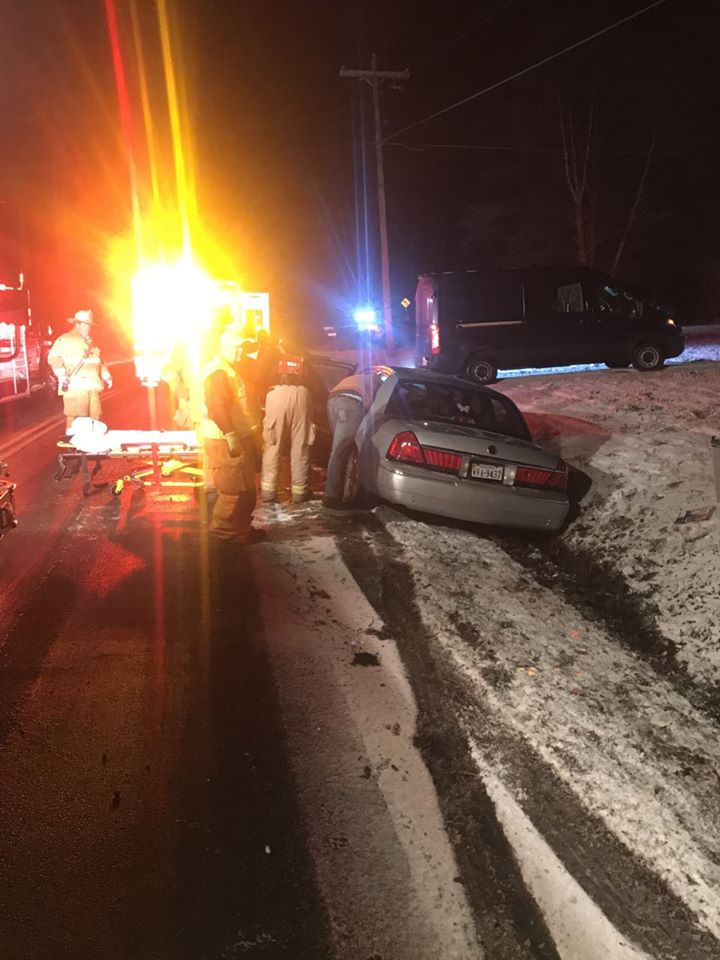 ACCOMACK Co., Va. – Three people are in the hospital, one with critical injuries, after a Friday-night crash in the 17100 block of Cashville Road.

According to the Onancock Volunteer Fire Department, the call came in at 7:05 p.m. for a motor vehicle crash. Dispatch indicated that four victims were trapped in the vehicle, and extra engines were added to the response as a result.

Crews arrived to find a single vehicle with no entrapment. Three patients were taken to the hospital, including one in critical condition, who was transferred to Sentara Norfolk General Hospital.

The Virginia State Police investigated the crash, and VDOT responded due to the icy road conditions.