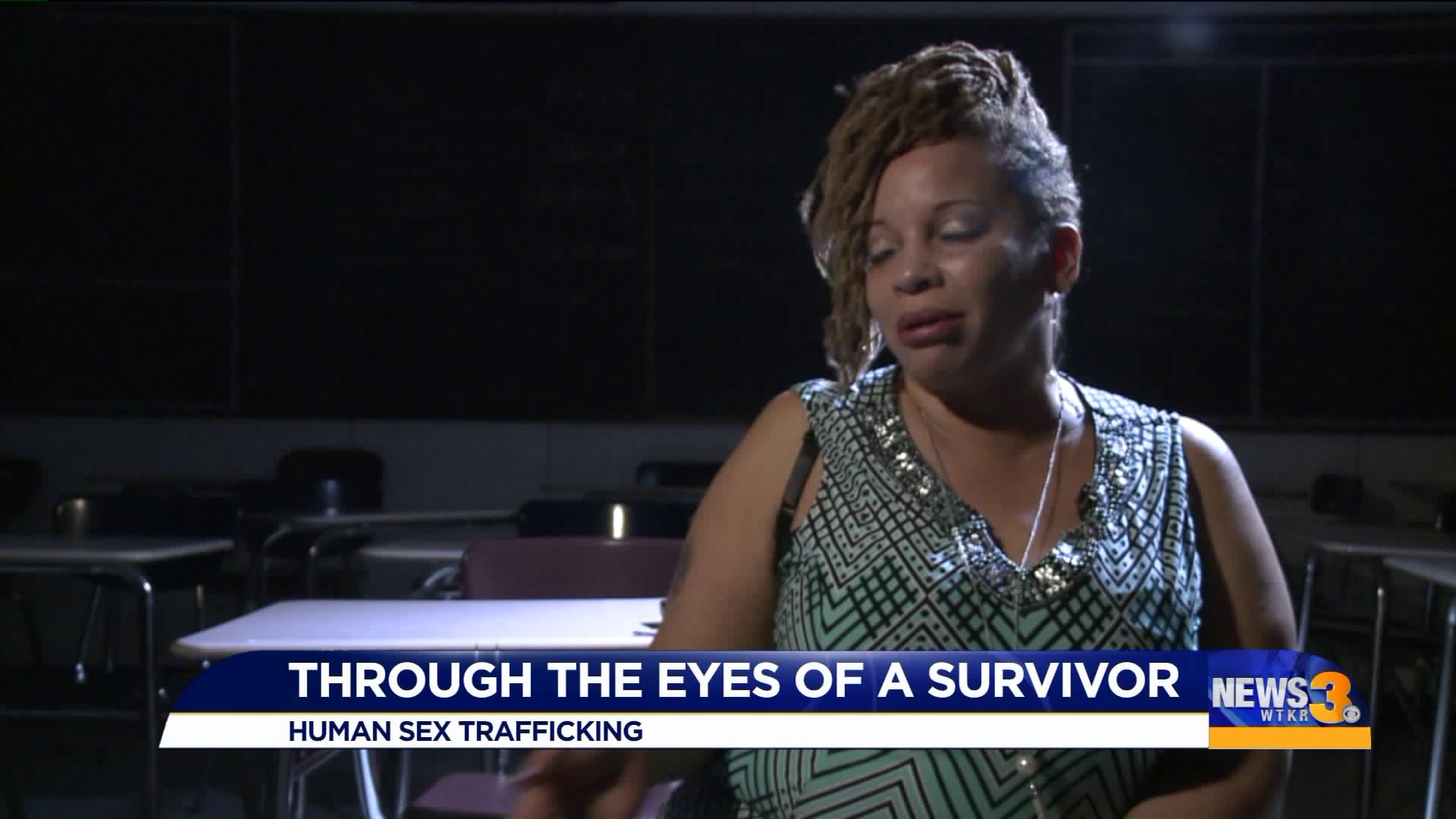 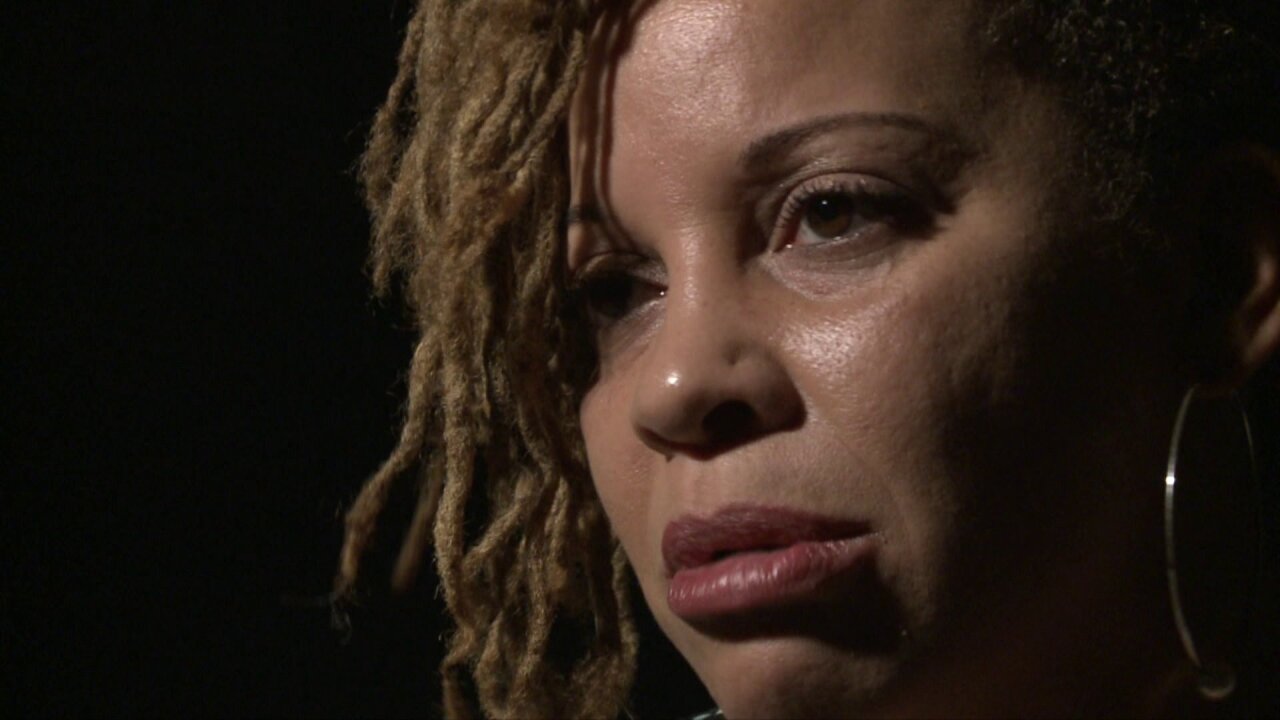 NORFOLK, Va. - It's a business built on suffering, and it's happening right here in Hampton Roads: Human sex trafficking.

Monica Charleston is a survivor. She's from Philadelphia but now calls Hampton home. Her hands are folded in her lap as she sits in a dimly lit classroom, one place she feels comfortable talking about her abuse.

Monica was trafficked for years up and down the East Coast, starting when she was just 15 years old. She met a man who promised her fame and safety, but instead only filled her life with pain and unpredictability.

"I thought he was my manager [and that] he was taking me on [movie and modeling auditions], but what he was really doing was bringing me in front of other pimps to see how much I was worth," Charleston said.

It wasn't until just recently Monica understood what happened to her and the cycle she was stuck in.

While tragic, her pain isn't exclusive. Authorities said the same thing is happening to thousands of men, women and children in our seven cities and North Carolina: Getting snatched and being sold.

"I have no problem saying, 'We have active cases here in Hampton Roads, and they've been consistent since we've started the [Hampton Roads Human Trafficking] Task Force and prior,'" assistant special agent in charge with Homeland Security Investigations, Michael Lamonea said.

Local statistics and the Dark Net

In the last two years, there have been about 170 new human trafficking investigations launched in Hampton Roads. Of those, statistics show only 17 have been solved and completely closed.

You might think those numbers show a lack of success, but arrests of traffickers has gone up in the last year, showing police are getting human traffickers off the streets now more than ever.

Those include the 2017 indictments of Naeem Odums and Devon Caldwell. The two remain behind bars in federal prison for sex trafficking by force, fraud and coercion.

"We will run leads down until we exhaust every possible avenue," Lamonea said. Some of those leads have even pointed investigators towards the dark net.

Lamonea told News 3, "These users - they don't think they can get caught on the dark net. They think they're immune to any type of enforcement activity, and I'm here to tell you they're wrong." He wouldn't go into specific details about the dark net because of the possibility it could hinder current investigations.

While websites known to promote prostitution exist, Special Agent Lamonea said that's not where they find human trafficking the most.

He said the dark net is primarily used for child exploitation and the sale of contraband.

When is enough, enough?

Monica Charleston takes a deep breath, now with a tissue between her hands. She looks off into the distance as she says, "I woke up in the hospital after being found in a ditch. That was it. [I was] begging for my life and praying to God that if he breathed breath [into] my body one more time...I asked God if he did that, I would never go back."

And she didn't. Monica was released from the hospital and forced to build a new life in the middle of the night.

She ultimately left, but not without paying a price. Her trafficker kept their children. "He basically was like, 'If you don't come back and pay me, you cannot have your kids back,'" she said.

Having dealt with many similar situations, Lamonea said this practice isn't uncommon. With a clenched jaw he called traffickers "evil people who prey on the vulnerable."

But where there is darkness, light prevails. Monica said now it's time to heal and move on because she is a survivor.

"It's hard, but I know at the end it's going to be okay because I have to get through this," she said.

It's at this point - when the victim has the strength to leave - that rehabilitation is so important. Lamonea said they need to be given the proper resources to come to terms with what happened to them.

In Hampton Roads, the Human Trafficking Task Force has resources available. The Samaritan House, Butterfly House, Homestead Ranch and others are available for rehabilitation in Hampton Roads.

In a previous interview, supervisors with the Samaritan House told News 3 they focus on "post-traumatic stress disorder, bipolar disorder, borderline personality disorder, anxiety disorders, major depression. We're looking at years and years of trauma. What we're working with in those first couple of days is medical needs, dental issues, brandings...."

If you or someone you know needs help, you can always submit an anonymous tip or call the National Human Trafficking Hotline at 1(800) 373-7888.

The signs of human trafficking

Lamonea said traffickers typically prey on people who are vulnerable. They look to fill a void in the life of the victim.

He tells News 3 many times human trafficking is so hard to pinpoint because the victim believes the relationship is loving. This "honeymoon phase" will continue until the trafficker puts themselves in a position of power of the victim.

When that happens, Lamonea said the victim doesn't feel like they can leave the "relationship."

But there are signs that you can look for.

"Is the person disconnected from family and friends? Are they living in an unsuitable living condition? Do they have the appearance of being mentally or physically abused?" Lamonea said.