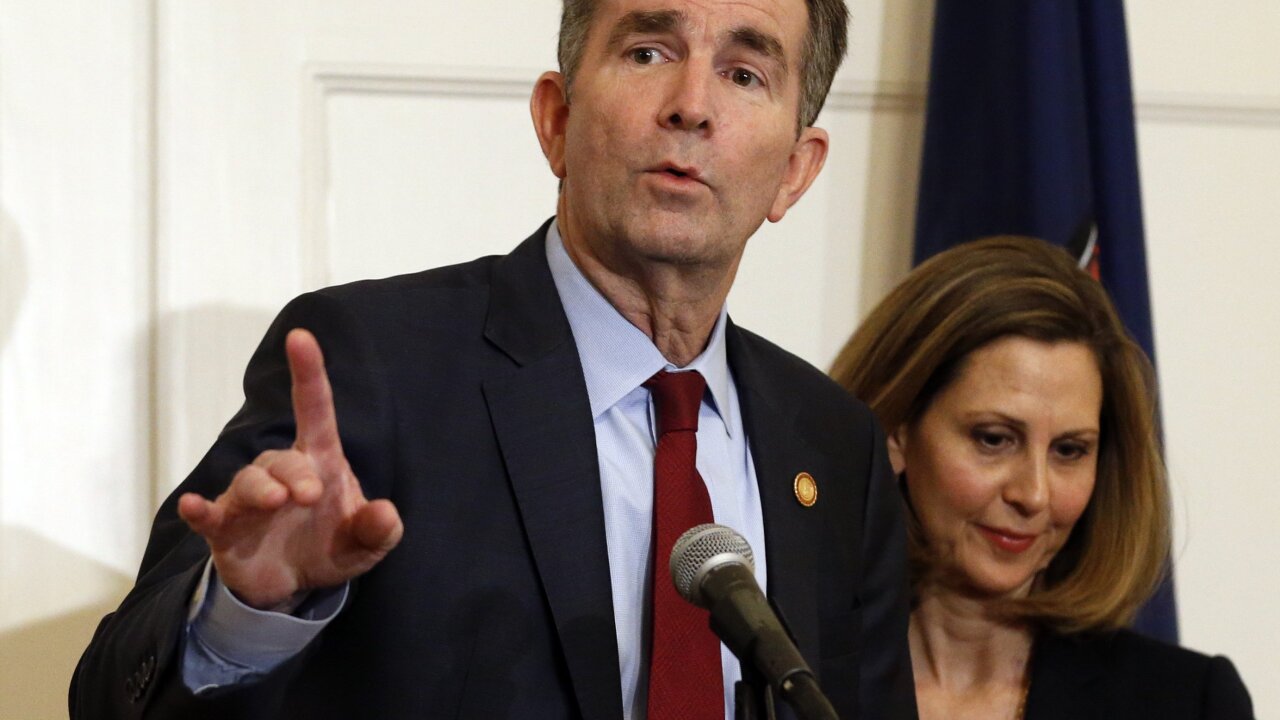 If Ralph Northam hoped to use his extraordinary press conference on Saturday to convince top Virginia Democrats to side with him as others call for his swift resignation, the governor failed.

If Ralph Northam hoped to use his extraordinary press conference on Saturday to convince top Virginia Democrats to side with him as others call for his swift resignation, the governor failed.

During a free-wheeling press conference to address a racist photo on his medical school yearbook page, Virginia Gov. Ralph Northam said he wouldn’t be surprised if other photos like that were found in the 1984 Eastern Virginia Medical School yearbook.

On Sunday, CNN found more racist and objectionable images in the book. None of them appear to show Northam.

Democrats from across the nation demanded Northam resign after a yearbook photo surfaced showing one person wearing blackface and another dressed in the Ku Klux Klan’s signature white hood and robes. The photo appears on Northam’s personal yearbook page among other photos of him from school.

After first apologizing for appearing in the racist photo, Northam now says he wasn’t in it and won’t resign.

In that same yearbook, CNN found the following images:

— On page 10 of the yearbook, a photo shows a man dressed up like a woman in a lowcut white dress, pearls, a black wig and blackface. Next to the photo is the caption, “‘Baby Love’, who ever thought Diana Ross would make it to medical school” — an apparent reference to the lead singer of the Supremes, a Motown singing group made up of three black women. A woman behind him is wearing a hat as if she is dressed like a witch. The photo is on a page full of photos of other student outings and parties.

— Later in the yearbook, in a section devoted to student personal pages, a photo of three men with their faces blackened wearing white dresses, white gloves, pearls and wigs appears. That photo appears on the page before Northam’s personal page. It is surrounded by other photos of this student at school and has no captions.

— On page 34, the pharmacology page, a photo of a white man, not in blackface, shows him holding a coffee mug bearing the words, “We can’t get fired! Slaves have to be sold.”

— On page 10, there’s also a photo of a man groping a mannequin with the words “I try never to divulge my true feelings while examining my patients.”

CNN is not publishing the images, pending comment or confirmation from the individuals pictured.

Black student: ‘I never found Ralph to be a racist’

CNN’s Sara Sidner spoke to one of two black classmates, Walter Broadnax, shown in the 1984 yearbook. He said he had a good experience at the medical school in Norfolk.

“There was no issue. The faculty was great. I have never seen any of that at all at any party or anything like that,” he said. “We all got along. I don’t know what the deal is behind all of this.”

When asked how he reacted upon seeing the photo of people dressed in blackface and wearing a Klan uniform, Broadnax said, “It shocked the hell out of me. The whole thing is just frustrating. Hell, it was 1984, nobody did any of that stuff as far as I knew at the time.”

Speaking about Northam specifically, Broadnax said, “I never found Ralph to be a racist. He was just like everybody else.”

The conservative website Big League Politics first reported the photo of the person dressed like a Klansman and the person in blackface.

On Friday, the governor confirmed he was one of the people pictured and issued an apology, calling the costumes “clearly racist and offensive.”

But on Saturday, he called a news conference to say he does not believe he is either person in the photograph.

While further denouncing racism, he admitted that in 1984 he entered a dance contest and darkened his face so he’d look like Michael Jackson.

“I had the shoes, I had a glove, and I used just a little bit of shoe polish to put under my — or on my — cheeks,” he said. “And the reason I used a very little bit is because, I don’t know if anybody’s ever tried that, but you cannot get shoe polish off.”

“I look back now and regret that I did not understand the harmful legacy of an action like that,” he added.

Blackface was used in the mid-19th century by white actors in minstrel shows to depict false stereotypes of black people.

The characters were used to mock, dehumanize and present African-Americans as inferior in every way possible.

Northam also said Saturday that he’s not resigning and would only leave if he thought he could not govern effectively. He has said he would be in regular contact with leaders throughout the state to gauge that question.

On Sunday, a source with direct knowledge of the governor’s thinking told CNN Northam has not changed his mind.

Northam invited a group of top administration officials of color, including some cabinet secretaries, to a meeting Sunday night to discuss the issues surrounding the release of the racist photo in his medical school yearbook, according to two sources, including one inside the administration.

The meeting was first reported by BuzzFeed News.

Lt. Gov. Justin Fairfax did not attend the meeting, a person close to Fairfax told CNN. Fairfax, who is black, is in line to become governor if Northam steps aside.

A spokesperson for the governor told CNN they would not describe what happened at the meeting.

Eastern Virginia Medical School President Richard V. Homan said in a statement Saturday he would call for an external investigation “to review all of our past yearbooks, determine the processes for publishing those yearbooks; discover what, if any, administrative oversight was exercised; examine our campus culture; and provide recommendations for future actions.”