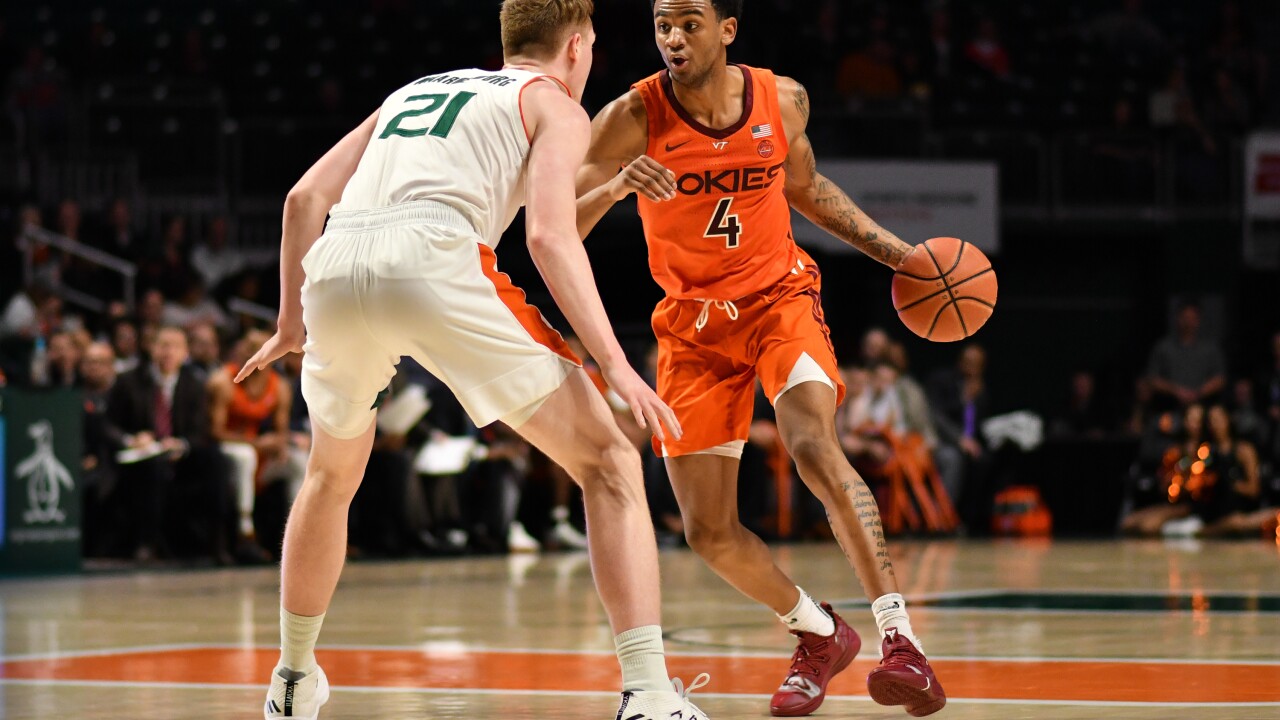 The sophomore guard from Toronto, Ontario, Alexander-Walker came up big in a pair of road wins last week. In the Wednesday night’s 82-7-0 win at Miami, he tied a season-high with 25 points and led the Hokies with five assists. He also recorded a career-high six steals, tying the Virginia Tech ACC game record for steals. He had a career-high 11 made field goals and grabbed four rebounds.

In the win at No. 23 NC State on Saturday, Alexander-Walker took on much of the primary ball-handling duties in the absence of Justin Robinson. He scored 11 points, had three assists and three steals and blocked two shots in a career-high-tying 40 minutes of action.

Alexander-Walker leads the Hokies in scoring, at 17.6 points per game. He also leads Tech and the ACC with 45 steals. He is in the top 10 in the ACC in scoring, steals, field goal percentage and assists.

This is the third time this season that a Hokie has received the honor. Alexander-Walker was honored for the week ending Nov. 18, 2018 and Justin Robinson received the same honor last week. The Hokies, 18-3 overall and 7-2 in ACC action, return to action on Monday night, as they host Louisville in a 7 p.m. start in a game televised by ESPN as part of the Big Monday package.