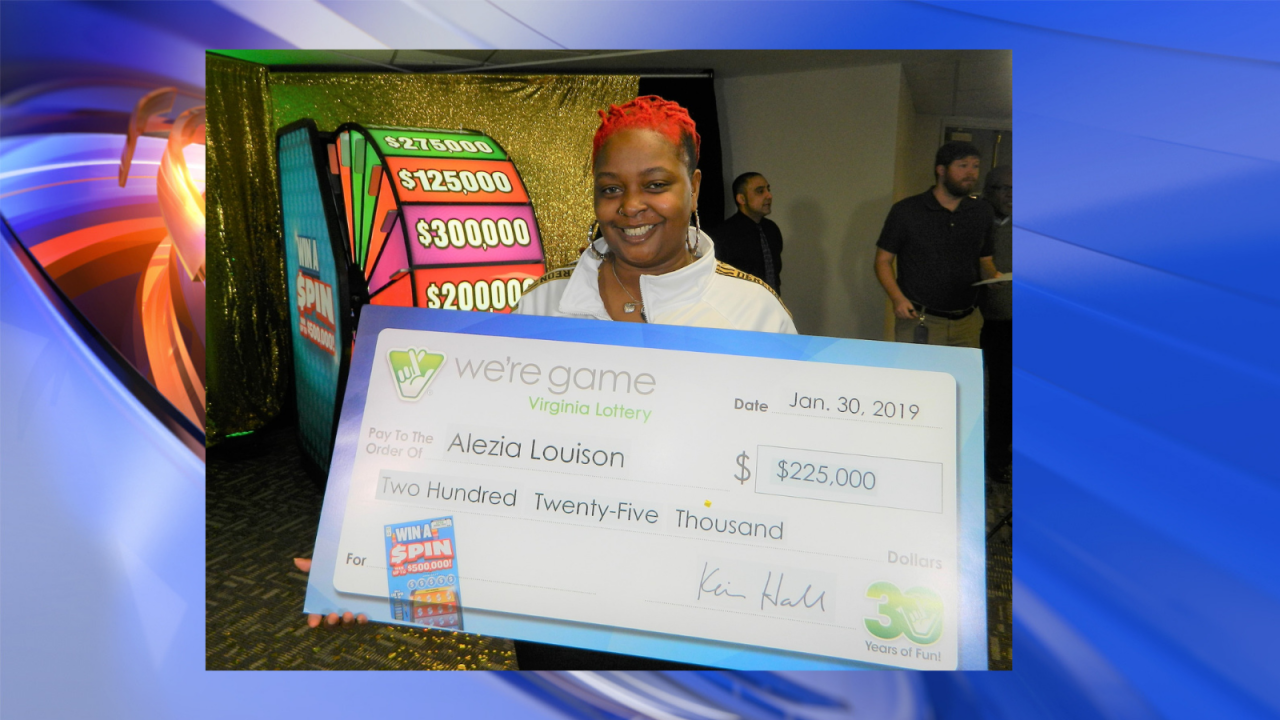 NORFOLK, Va. – A Norfolk woman won $225,000 after she bought a scratch off ticket from the Virginia Lottery.

Alezia Louison of Norfolk bought and scratched a WIN A SPIN ticket from the Virginia Lottery on Friday, and it looked like she had won the top prize which is a chance to spin the Big Wheel for a prize ranging from $100,000 to $500,000.

She had to wait until Tuesday to check with the Lottery to find out if her ticket was legit. The Virginia Lottery eventually confirmed that she had won the big prize!

She spun the Big Wheel on January 30 at Virginia Lottery headquarters in Richmond and won $225,000.

“I was nervous,” she said shortly after her spin.

Louison was the fifth player to spin the Big Wheel. That means there are three as-yet-unclaimed tickets that offer a shot at the Big Wheel.

She said she has no immediate plans for her winnings except to pay bills.