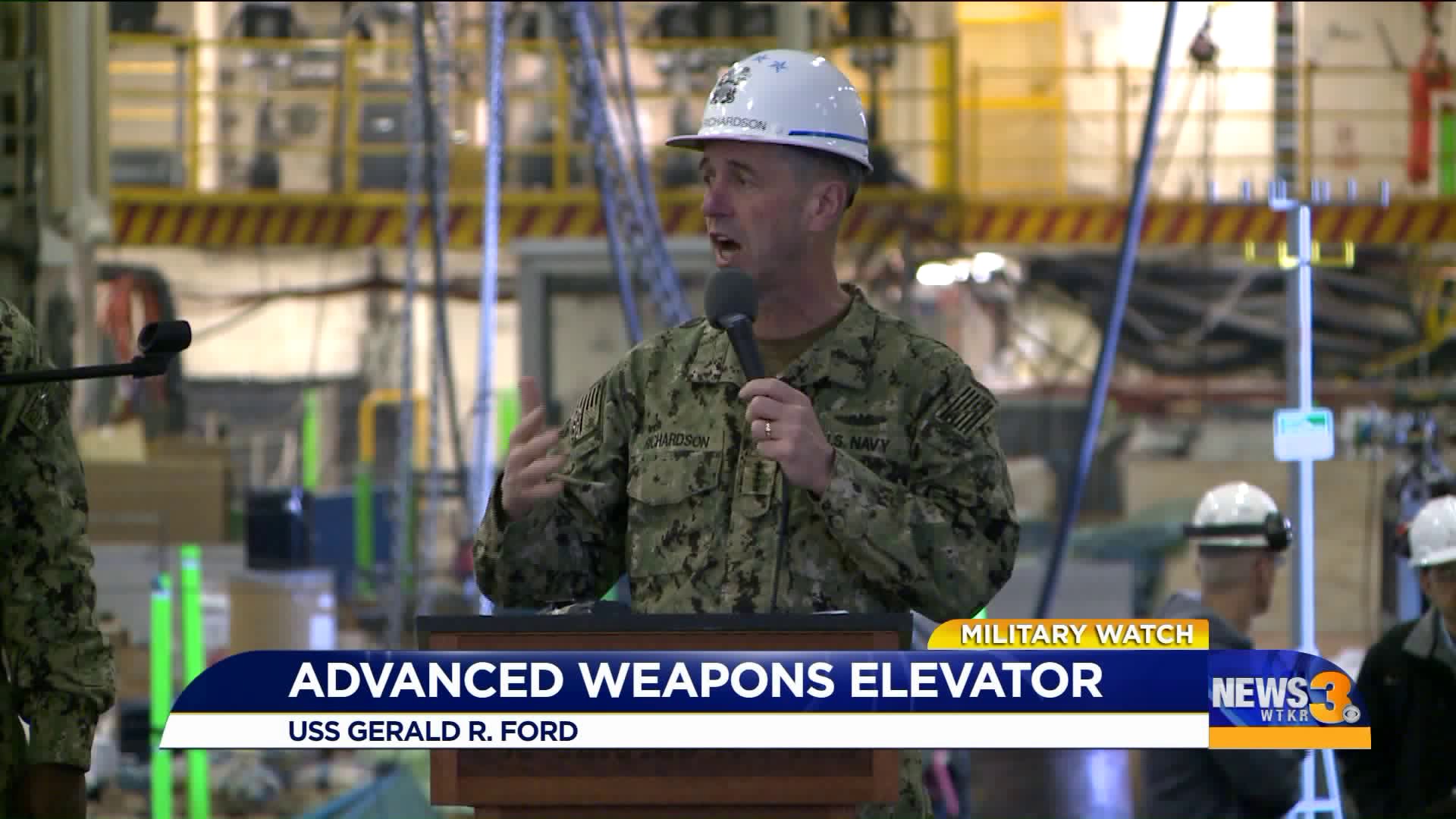 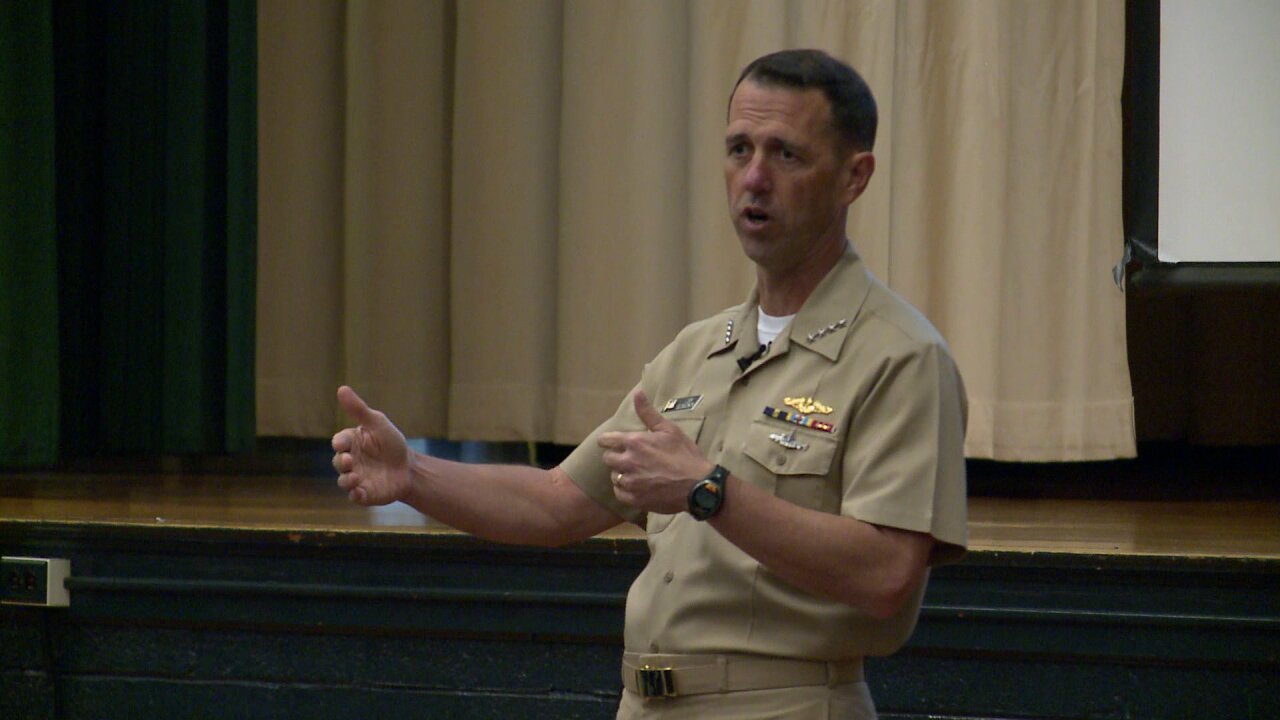 Chief of Naval Operations Admiral John Richardson is visiting the USS Gerald R. Ford, the Navy's newest aircraft carrier and the first in a new-class of carriers.

The Ford is currently at Newport News Shipbuilding for its post-shakedown availability.

During the visit, the CNO conducted a Q&A with Sailors and hosted a discussion about the new technology on the ship.

The visit comes after news that the Navy had accepted the Ford's first advanced weapons elevator and the decision last week to purchase two Ford-class carriers at once from Newport News Shipbuilding.