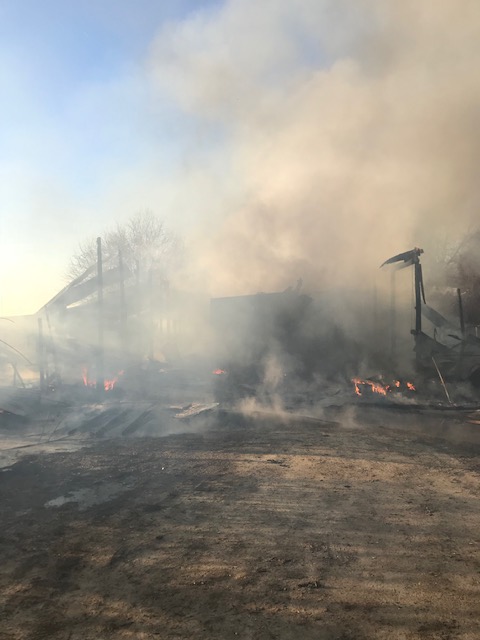 The fire in the 5100 block of Nansemond Parkway was reported around 7:30 a.m. when someone passing by noticed smoke and called for help.

Altogether there were 16 hunting dogs and eight puppies in fenced kennels next to the barn.  Witnesses rescued several of the dogs before the flames became too intense, according to officials.

Once firefighters got to the scene, they were able to cut the chain link fence to rescue three more dogs.

Part of the road was closed as firefighters fought the fire, but it was reopened after the fire got under control at 8:35 a.m.

The barn and its contents, including farm equipment and vehicles, are a total loss.

Lt. Chapin says his office has determined the fire was an accident caused by a heat lamp left too close to combustibles.