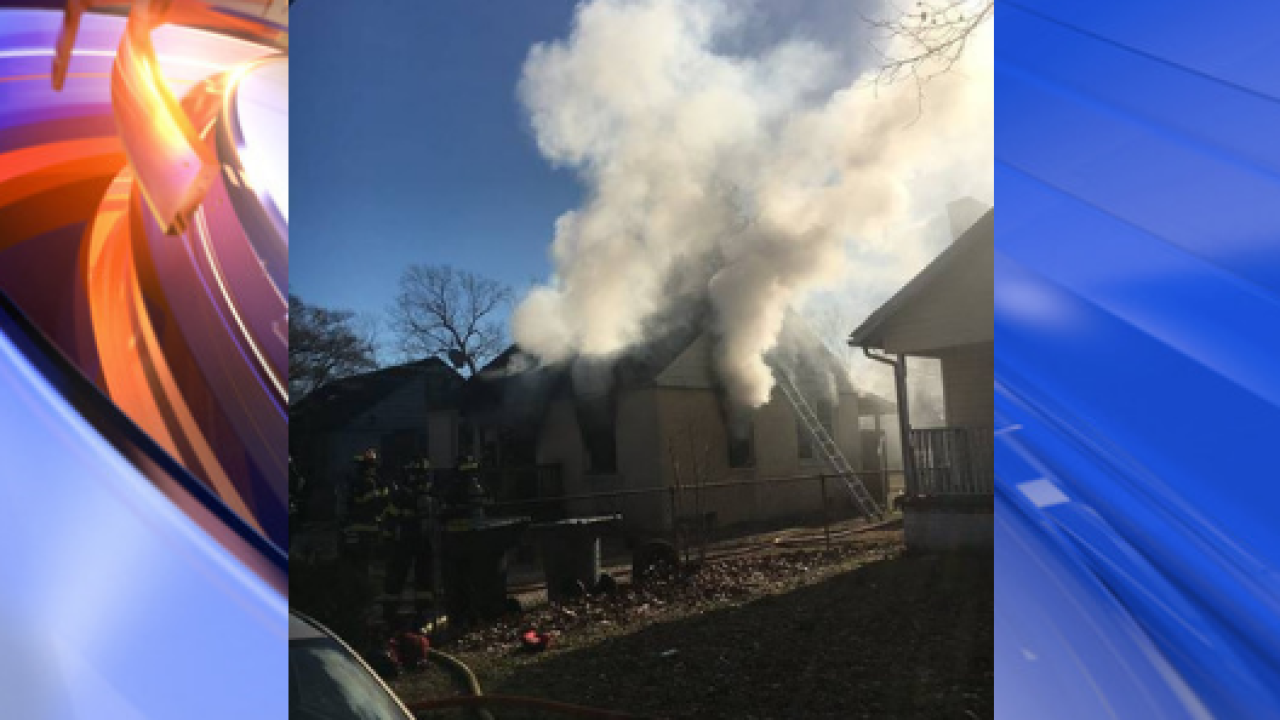 Dispatch received the call for the fire at 9:10 a.m. First arriving crews reported heavy fire and smoke coming from the front of a two-story house.

One woman evacuated the house and will be displaced. No civilian or firefighter injuries were reported, and the woman is being assisted by the Red Cross after being displaced.

The fire was out within 10 minutes, according to a tweet by the department.