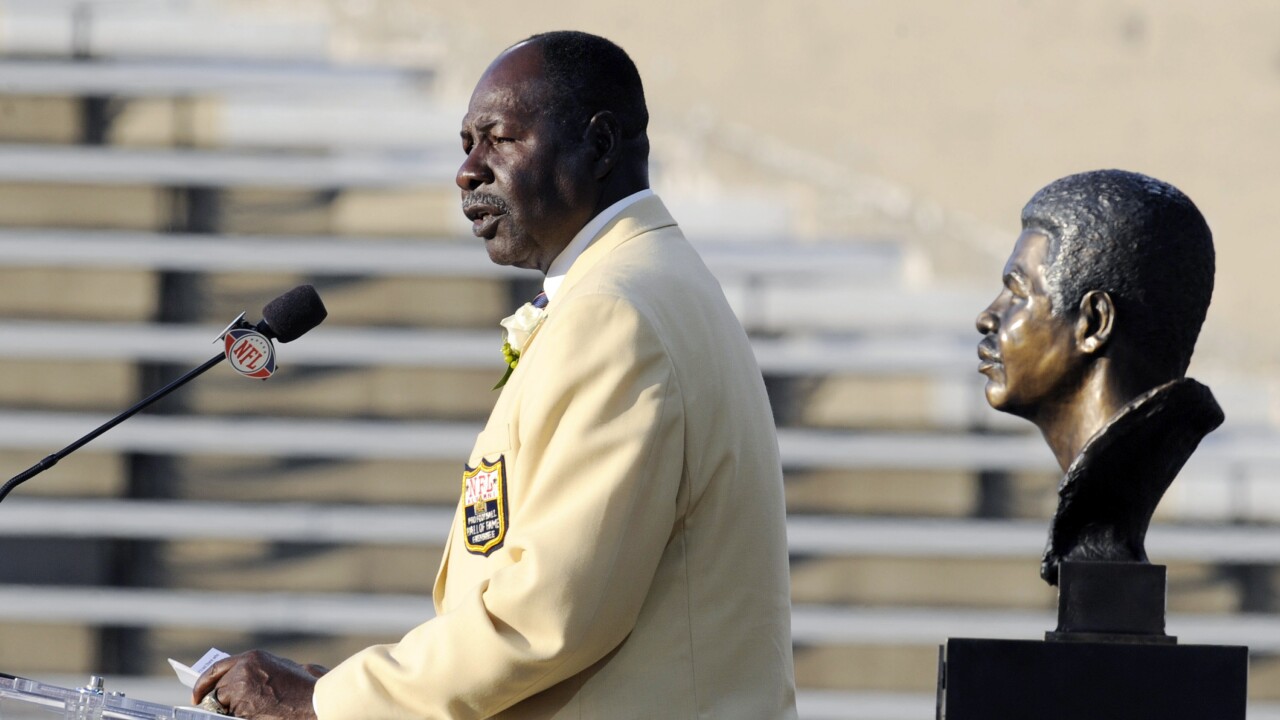 Emmitt Thomas poses with his bust after his induction during the Class of 2008 Pro Football Hall of Fame Enshrinement. (Photo by Al Messerschmidt/Getty Images)

KANSAS CITY, Mo. (Chiefs Public Relations) – Chiefs Defensive Backs Coach and Pro Football Hall of Fame player Emmitt Thomas has informed the Chiefs he will retire from the coaching ranks. Thomas has been associated with the National Football League for 51 years, 38 as a coach, 13 as a player and 22 total years with the Kansas City Chiefs organization (nine as a coach, 13 as a player).

“I have been blessed and honored to be a part of the NFL for the last 51 years,” Thomas said. “My journey started in Kansas City, and by the grace of God I am able to end my NFL career here as well. I would like to thank the Hunt family and the Chiefs organization for all that they have done for me in my special days here in Kansas City. It has been a privilege to work alongside the great coaches that have come through this building. Having the opportunity to coach so many talented young men in my time as a coach has been one of my greatest gifts. Additionally, I’d like to thank the Bidwill family and Coach Jim Hanifan for giving me my first NFL coaching job in St. Louis as well as Coach Walt Hicklin who introduced me to coaching at the University of Central Missouri back in 1979. I love Kansas City and this fan base and can’t thank them enough for all the support they have given me in my time here as a player and a coach.”

Thomas returned to his football roots in Kansas City in 2010, joining the Chiefs as the defensive backs coach. Inducted into the Pro Football Hall of Fame in 2008 and the Chiefs Hall of Fame in 1986, Thomas played cornerback for 13 seasons with Kansas City (1966-78) and finished his career with a franchise-record 58 interceptions. He was a member of both of Kansas City’s Super Bowl squads, registering four INTs during the club’s postseason run in 1969 that culminated with a win in Super Bowl IV. He also owns a pair of Super Bowl rings working on Joe Gibbs’ staff with the Washington Redskins.

Emmitt Thomas of the Kansas City Chiefs. (Photo by NFL via Getty Images)

Prior to re-joining the Chiefs, Thomas spent eight seasons coaching with the Atlanta Falcons (2002-09), including a stint as interim head coach for the final three games in 2007. He owns several seasons of NFL defensive coordinator experience, including stops in Minnesota (2000-01), Green Bay (1999) and Philadelphia (1995-98). Thomas spent nine seasons as an assistant coach with Washington (1986-94), where he coached two Pro Football Hall of Famers – CB Darrell Green and WR Art Monk. Thomas served as the secondary coach his final eight campaigns with the Redskins, helping Green earn three Pro Bowl berths. Thomas helped guide the Redskins to five playoff appearances, including wins in Super Bowls XXII and XXVI. The Angleton, Texas, native began his NFL coaching career as the wide receivers/tight ends coach with the St. Louis Cardinals (1981-85). He began his coaching career at Central Missouri (1979-80).

As a player, Thomas tallied a team record 58 INTs in 181 regular season games, he recorded a Chiefs record 938 INT return yards and produced five INT return TDs and seven fumble recoveries. He was named to the Pro Bowl or the AFL All-Star Game on five occasions and was a first-team All-Pro selection in 1974 when he led the NFL with 12 INTs. He won two AFL titles with the Chiefs and was a member of the club’s Super Bowl I squad, as well as the club’s team that claimed a victory in Super Bowl IV. Thomas joined the Chiefs as an undrafted free agent in 1966 from Bishop College in Dallas, Texas, where he played quarterback and wide receiver.