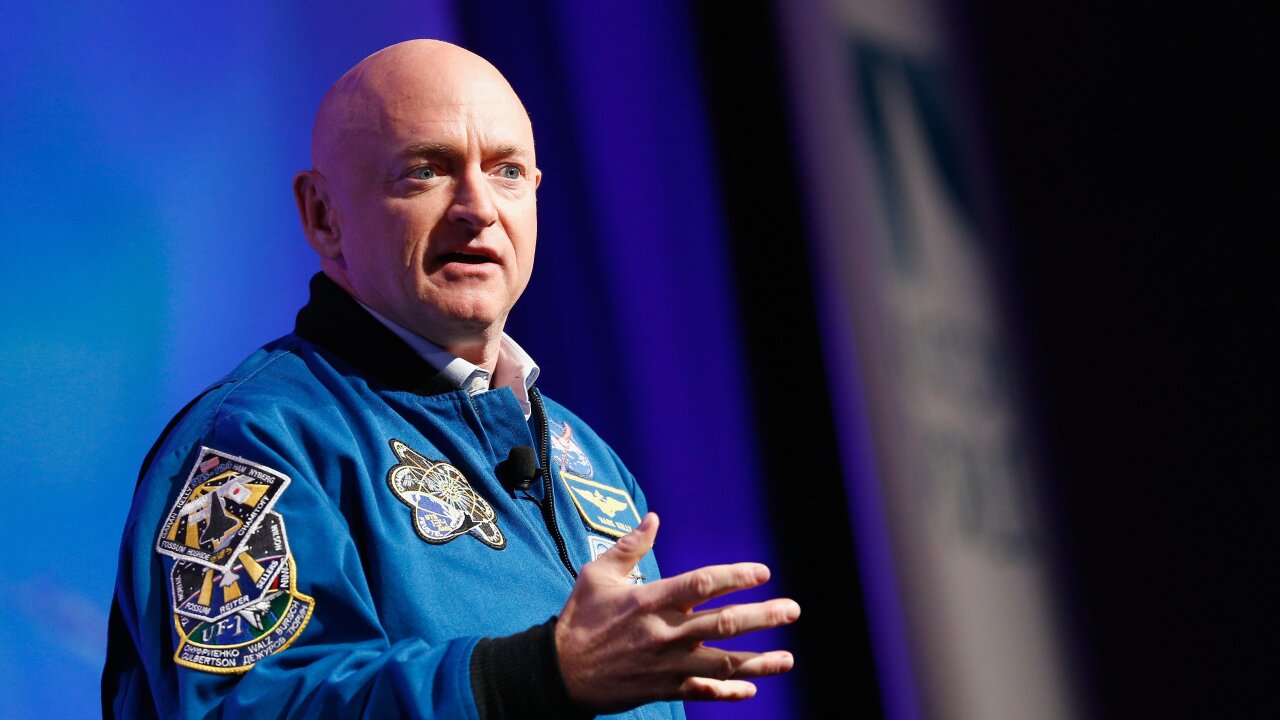 Captain Mark Kelly speaks on stage at LocationWorld 2016 Day 1 at The Conrad on November 2, 2016 in New York City. In his campaign announcement, Kelly highlights climate change, affordable health care, the stagnation of wages, job growth and the economy as the issues Arizonians will face.

Former NASA astronaut Mark Kelly’s wants his “next mission” be as a US senator for Arizona.

Captain Mark Kelly speaks on stage at LocationWorld 2016 Day 1 at The Conrad on November 2, 2016 in New York City. In his campaign announcement, Kelly highlights climate change, affordable health care, the stagnation of wages, job growth and the economy as the issues Arizonians will face.

“I care about people. I care about the state of Arizona. I care about this nation. So because of that, I’ve decided that I’m launching a campaign for the United States Senate,” Kelly said in a video released Tuesday announcing his run as a Democratic candidate.

Kelly, 54, is the husband of former Rep. Gabby Giffords, D-Arizona, who survived a shooting in 2011. The two appeared together in Kelly’s announcement video, recounting that difficult period in their lives and Giffords’ rehabilitation from the gunshot wound.

Since retiring from NASA, Kelly has been an advocate for gun control. Both he and his wife formed the organization now called Giffords in 2013 in order to combat gun violence after the mass shooting at the Sandy Hook elementary school in Newtown, Connecticut.

In his campaign announcement, Kelly highlights climate change, affordable health care, the stagnation of wages, job growth and the economy as the issues Arizonians will face.

“We’ve seen this retreat from science and data and facts,” he says.

In an email to supporters, Kelly said he plans to reject corporate PAC money.

“Our fight to improve our gun laws and my commitment to tackling climate change and ending the outrageous influence corporate money has on our politics means there are a lot of powerful interests who want to stop us,” he wrote.

Kelly flew his first mission into space in 2001. He completed three more missions, spent more than 50 days in space and lived on the International Space Station before retiring from NASA in 2011. He has an identical twin brother, Scott Kelly, who is also a retired NASA astronaut who spent an unprecedented year on the ISS.

As a Navy combat pilot, Kelly was deployed during the Gulf War and flew 39 combat missions, according to his campaign page.

Kelly jumps into what is sure to be a competitive race vying for the late Republican Sen. John McCain’s seat. McCain won re-election in 2016, but died in August from brain cancer. Former Arizona Rep. Martha McSally was appointed to fill the seat until the 2020 special election. The seat will be on the ballot for a full six-year term in 2022.

Arizona Democratic Rep. Ruben Gallego, an Iraq War veteran, is also weighing a bid for the Senate seat. “I’ve made no secret of the fact that I’m looking seriously at running for the U.S. Senate in 2020, and that hasn’t changed,” Gallego posted on Twitter shortly after Kelly announced his campaign. “I’ll be making a final decision and announcement soon.”