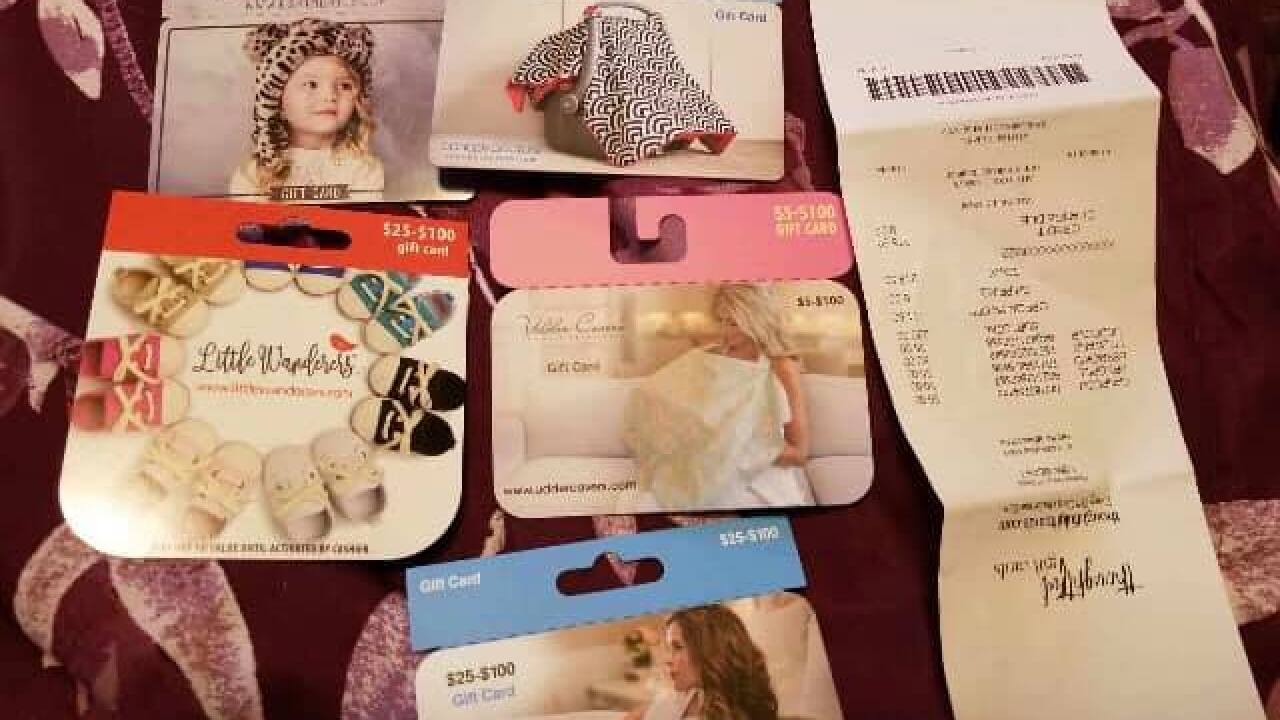 SURRY Co., Va. – The Surry County Sheriff’s Office put out a warning on Tuesday in regards to a gift card scam that appeared to be targeting pregnant women going around in the area.

However, on Wednesday, the Office reported that there actually wasn’t a scam and spoke with the promotional advertisers that send out the gift cards.

The gift cards were reported to look like ones that can be bought anywhere but they are made out to stores you have probably never heard of.

The envelopes contain a card that appears handwritten, complete with fingerprint smudges and what appears to be ink that leaked through the back of the paper. Inside is the message “So excited for you! Hope you like these,” which is signed with a heart and the name “Jen.”

Also included are numerous gift cards for online-only stores that sell very specific items, such as pregnancy pillows, shoes or children’s fur hats, and what appear to be coupons that someone clipped by hand.

The sheriff’s office initially reported that the people behind the cards might be trying to lure shoppers into entering their debit or credit card information to cover the difference between the gift cards and store items.

This scam has been debunked and locals should not worry if they receive these gift cards in the mail.