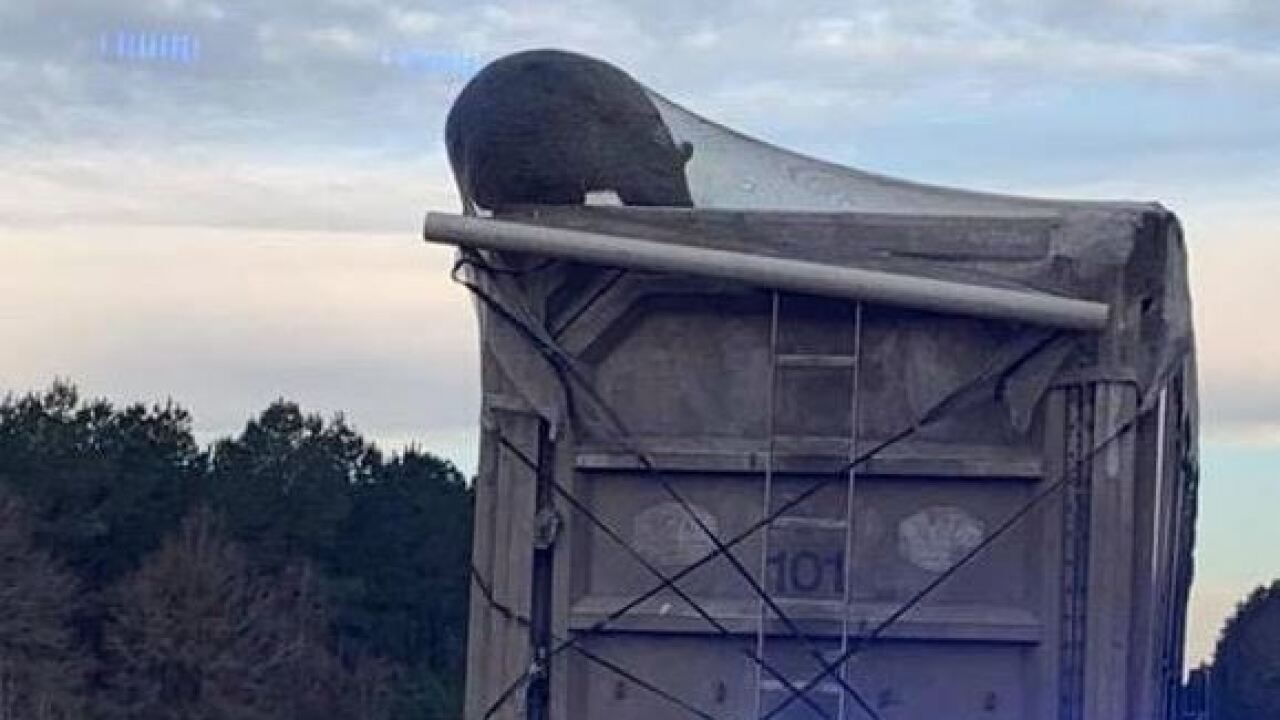 Bertie Co., NC. – Officials got a call around 7:20 a.m. informing them that a bear was hanging off of a dump truck while driving on the highway!

The dump truck was driving down US 17 northbound in Windsor, N.C. Deputies found the dump truck and pulled it over.

The truck driver had no idea that a bear was in the back of his truck and he was headed to a landfill in Bertie County.

The bear had apparently been in the back of his truck since his last pick up in Dare County.

Deputies told the dump truck driver to keep driving towards the landfill and let him out when he arrived but when the driver took the exit to the landfill, the bear had already jumped out and ran into the woods.

Sheriff’s office says this is second time in six months they’ve gotten a call like this.