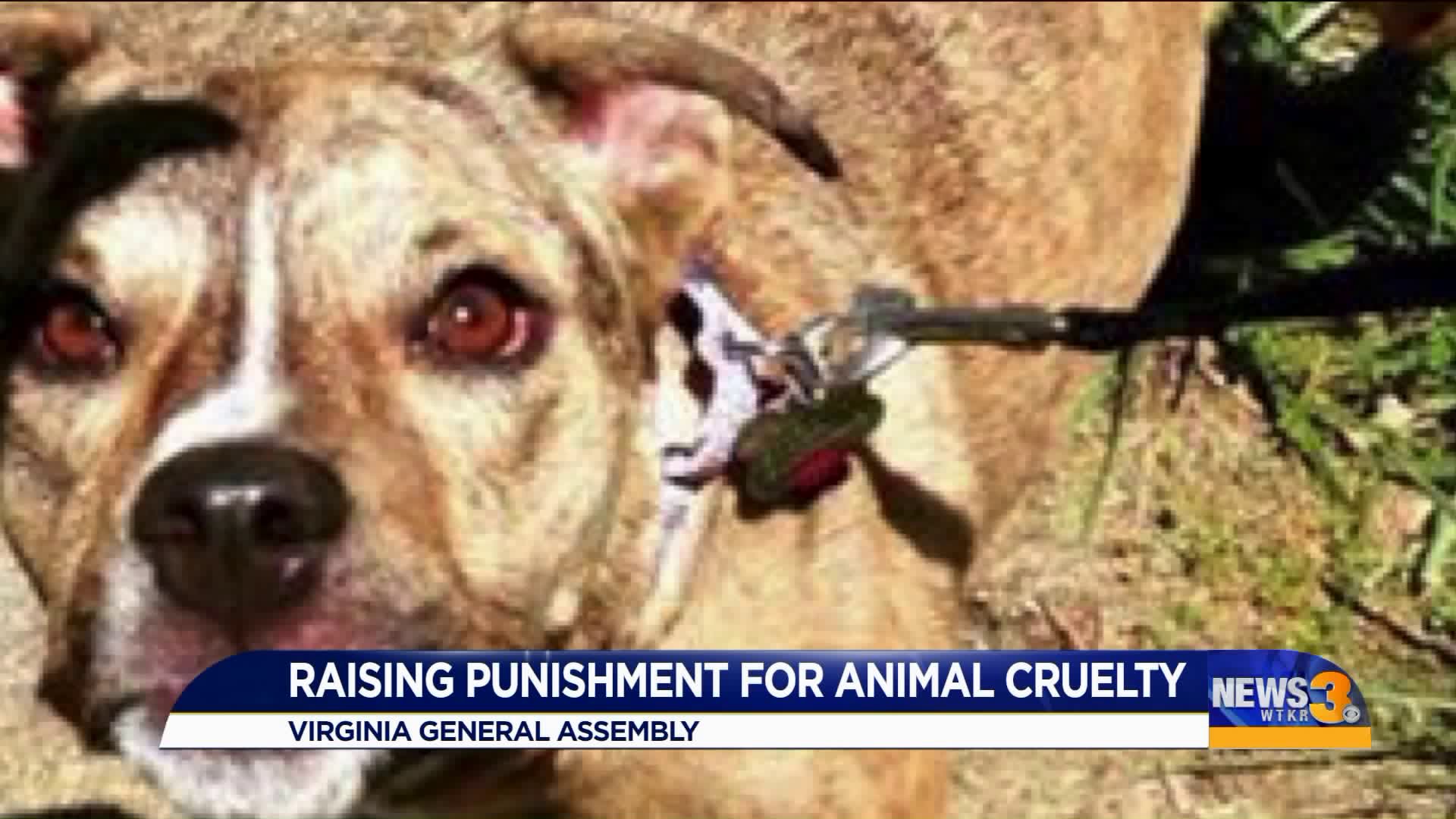 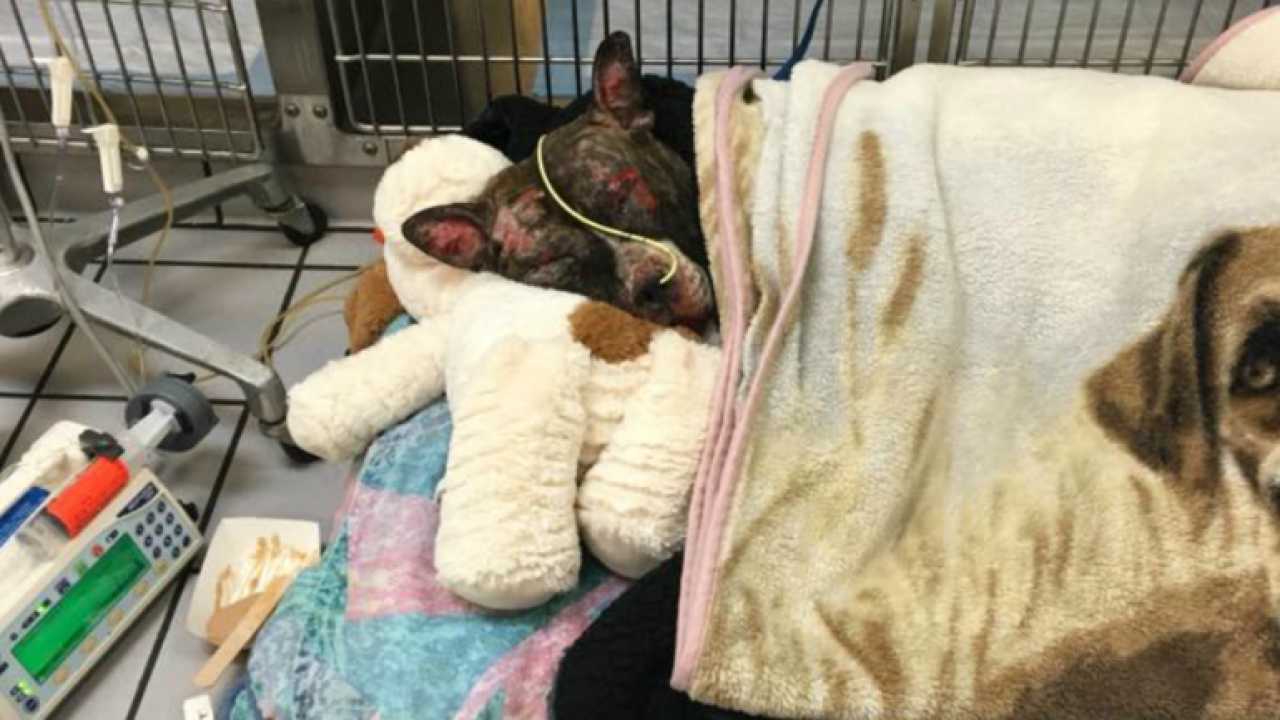 RICHMOND, Va. - Someone tied up a dog to a pole, covered him with accelerant and then intentionally set the dog on fire this week in a park.

Tommie was recovering and had burns to more than 40 percent of his body but has since died.

If the dog had not died Virginia law says the person who set the dog on fire can only be charged with misdemeanor animal cruelty, but a bill that is advancing through the General Assembly would change that to a felony.

"I think this is so wrong that it's only a misdemeanor," said State Sen. Bill DeSteph (R-Virginia Beach). Felony charges can only be brought up if the animal dies, DeSteph says.

The bill unanimously passed the Senate and then passed the House of Delegates.

The idea behind the bill is tied to a case from Virginia Beach. In 2016, a man attacked a dog with a machete, but the man was only charged with a misdemeanor. Since then, efforts have been ongoing to make vicious attacks on pets felonies.

"If you torture a dog or a cat, it should be a felony period whether they live or die," DeSteph said.

In Tommie's case, Richmond authorities announced a $10,000 reward for information leading to an arrest and conviction.