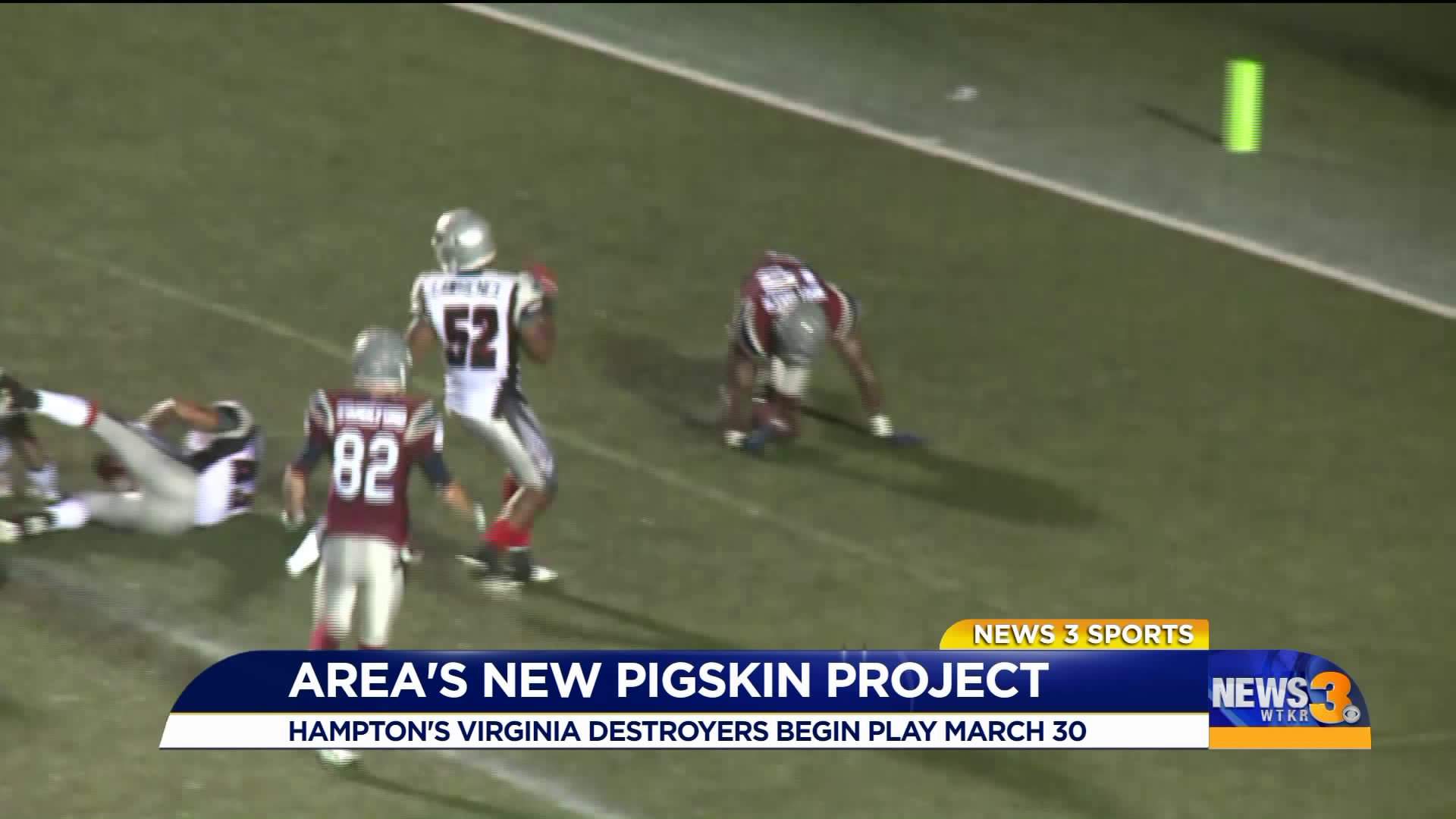 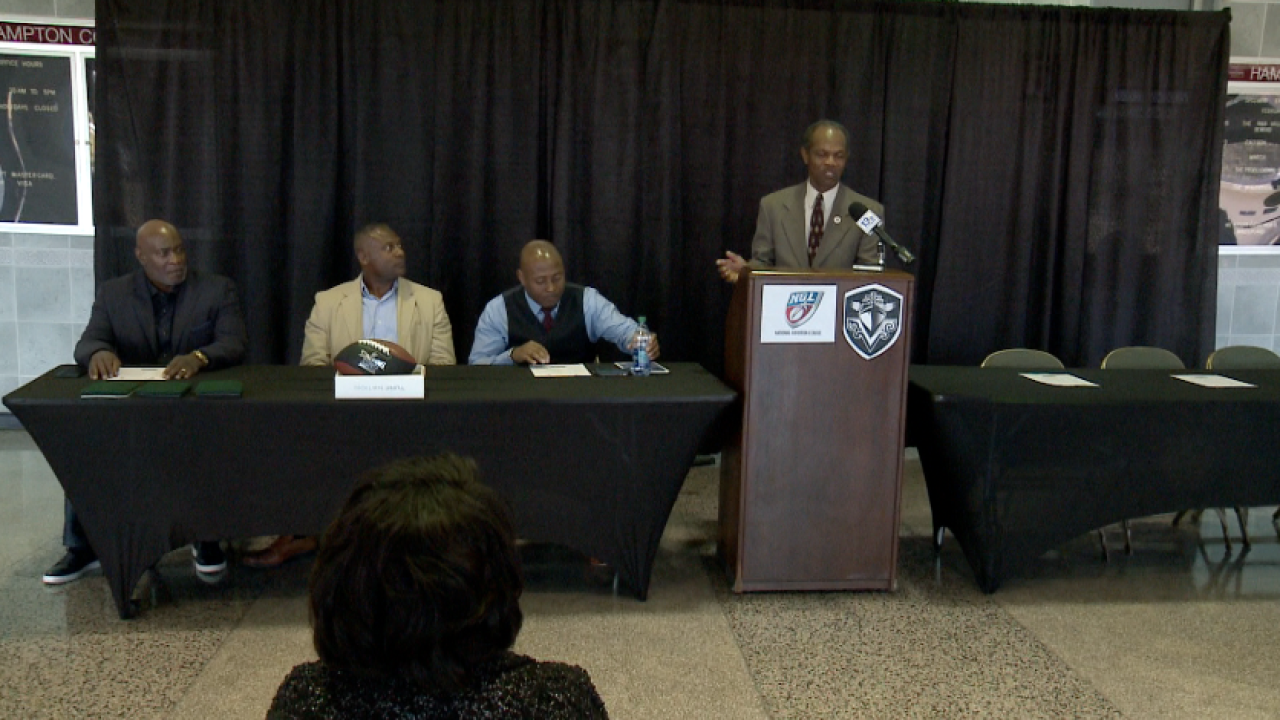 The National Gridiron League, a new indoor football association, will be kicking off its inaugural season in March, and Virginia will have two teams.

Roanoke will have one squad, while Hampton will house the other.

The Virginia Destroyers will open up their first indoor season on March 30th when they host the Kansas Kapitals. At a press conference Thursday, Arena Football Hall of Fame defensive back Durwood "Rock" Roquemore was introduced as the teams head coach.

"A lot of high scoring, lot of action," is what Roquemore expects.

"It's not boring. If you go get some popcorn, you may miss two touchdowns. It's a fast game. Once again I have to stress this: the weather. It's hot, it's raining - you never have to worry about that. It should be the hottest ticket in town. We need everyone to come and support us."

Hampton Roads has had two other pro football teams. The Norfolk Nighthawks, also a pro arena football team in the early 2000s, and the Destroyers.