NORFOLK, Va. - Four people have been arrested in connection with the shooting at MacArthur Center that happened Thursday afternoon.

The only suspect who is not from Norfolk is Mitchell, who lives in Portsmouth. 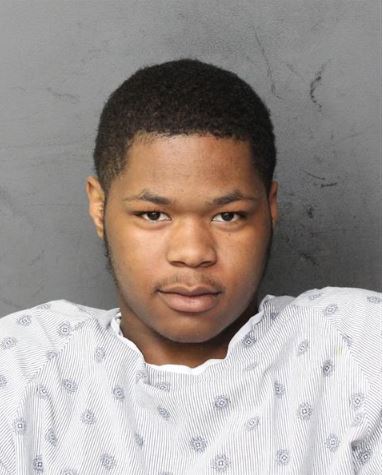 Dispatch received the call at 2:16 p.m. on Valentine's Day. The shooting occurred on the first level of Nordstrom, according to MacArthur Center's general manager.

Norfolk Police said two people -- a 16-year-old and an 18-year-old -- were injured after a fight inside the mall that led to shots being fired. Both were taken to the hospital with non-life-threatening injuries. It is not known which of the 18-year-old suspects was shot, Holloman or Mitchell.

Both are expected to be fine.

The mall was placed on lockdown for about two hours while police investigated. It was then cleared and reopened for business.

Law enforcement did not provide a mugshot for Mitchell.

Holloman was denied bond on February 22, and took a guilty plea September 24 to charges of discharging a firearm in a public place, participating in a criminal act as part of a gang and misdemeanor assault and battery. The rest of his charges were dismissed, and he will be sentenced on his remaining charges November 15.

Dvegan Melvin was not arraigned February 19, and his bond was not set. He was given time to retain counsel, wanting to hire his own attorney. Dvegan's attorney hearing is scheduled for March 7.

Mitchell appeared in Norfolk JDR Court for a bond hearing on March 18, where he was denied bond. On September 26, he entered a guilty plea to assault and battery by mob and concealed weapon, and waived an appeal to Circuit Court.

The weapon was forfeited to the Norfolk Police Department.