Cancer took local couple’s daughter. Now they use her name to celebrate other kids’ lives

NEWPORT NEWS, Va.- Cancer took the life of four-year-old Moriah Richardson, her parents are now on a mission to help families with terminally ill children make memories to last long after they're gone.

Sharday and Mario's first child Moriah was just 2-years-old when she was diagnosed with a rare and inoperable form of pediatric brain cancer. She died just two years later.

But her story doesn't end there.

The couple started the 'Forever Moriah Foundation' to help other families celebrate their children's lives. Their lives have crossed paths with a local family whose story is almost identical to their own.

Mia is a 2-year-old from Newport News, she is undergoing radiation treatments during the week for several hours every morning. Something the Richardson's know all too well.

One day, Sharday and Mario noticed their 2-year-old daughter was limping. They decide to take her to the emergency room, they figured at most she would get a brace.

"Your child is going to die. I never expected to hear that because she was born healthy," Sharday Richardson said.

The diagnosis was bad. Nine months to a year life expectancy with a zero percent chance of survival. They couldn`t promise her tomorrow, but while they still had her, Sharday and her husband decided they were going to throw her the biggest celebration.

"She had her own little carnival and all of our family was there and she just had a very, very good time and it was one of the last memorable moments we had with her before she passed," Sharday said. 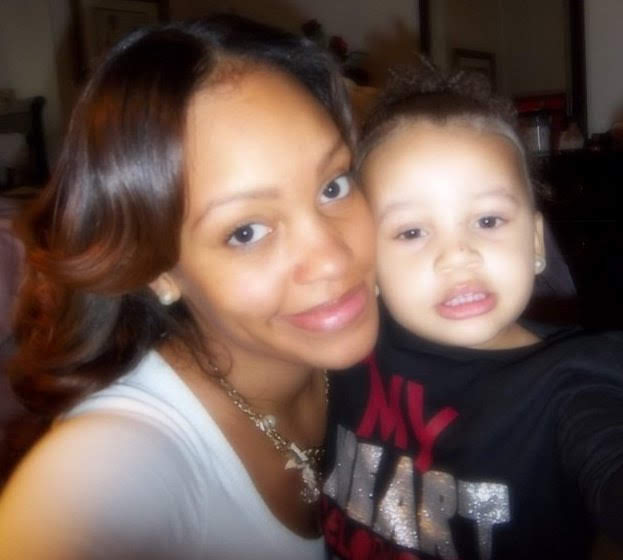 As the Richardson’s were learning how to live life with their new norm, another family in Newport News would soon get the same devastating news.

"The headaches were so bad she would cough, and she would fall out on the floor and just cry and scream out in pain," Michelle Moore said.

Michelle Moore’s daughter Mia is the same age as Moriah was when she was diagnosed- with the exact same form of cancer.

"Having her reach out has been amazing because she has been where I am right now," Michelle Moore said.

After Moriah passed, the Richardson’s decided to commit their lives to helping other families. Through the Forever Moria Foundation, they throw personalized celebrations for terminally and critically ill children. Mia will be the second child their foundation celebrates.

"Her story is so like Moriah's. The age, the disease just everything is so similar," Sharday said.

Right now, they are planning a paw-patrol party to celebrate Mia`s 30th and final round of radiation.

"I didn`t realize how big our village was until this happened. So it will be so nice seeing her element having a good time especially not knowing how long she will be able to do these types of things," Michelle said.

In addition to their wish program, the Forever Moriah Foundation has programs for bereaved siblings and parents as well as a program to help cover medical costs.

They also just launched their 'Days of Joy Campaign'. They plan to travel to ten cities to throw parties for terminally ill children who are celebrating a birthday or the end of their treatments.

Their first event is in Philadelphia for a 3-year-old boy.

Find more information on the Forever Moriah Foundation or their Days of Joy Campaign,