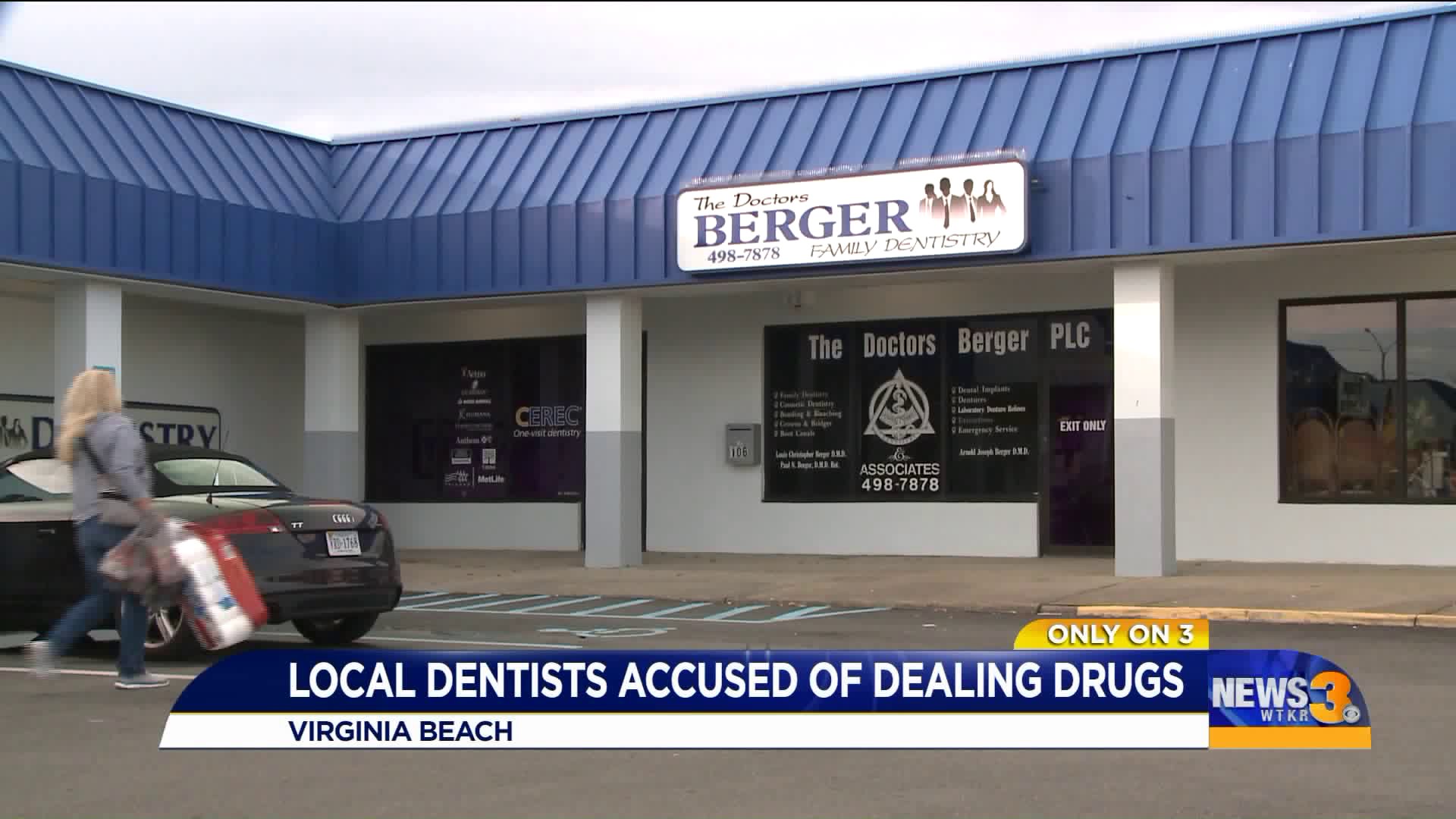 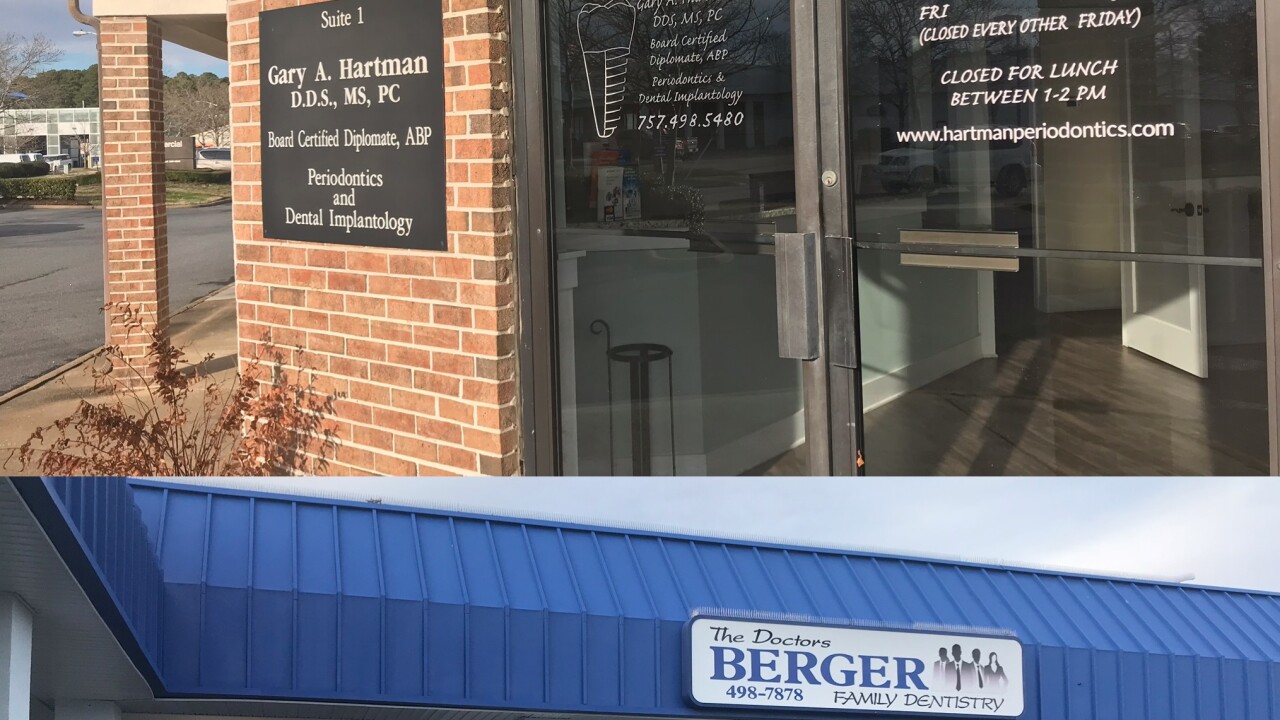 VIRGINIA BEACH, Va. - Two Virginia Beach dentists have been forced to close up shop after the VA Board of Dentistry suspended their license to legally do dental work.

According to the summary of suspension, made public on the board of dentistry website, Dr. Gary Hartman is accused of having prescribed more than 46,000 hydrocodone pills, more than 20,000 Soma pills and nearly 8,000 Oxycodone pills, as well as Vicodin, Tramadol, sleeping pills and anxiety medications, to patients who either had not been seen or did not need the excessive amount they were prescribed.

Listed in the summary of suspension was one of Hartman’s  drug-seeking patients, who died of an overdose in 2017. The report lists at least 22 patients who Hartman prescribed pills to in this fashion. One of those patients was Dr. Arnold Joseph Berger, who practiced dentistry just about a mile down the road.

On February 1, 2019 Berger had his license suspended as well. Investigators said Berger not only filled prescriptions for Hartman, but illegally prescribed opioids to his patients and his wife.

Neither dentist can practice dentistry at this time.