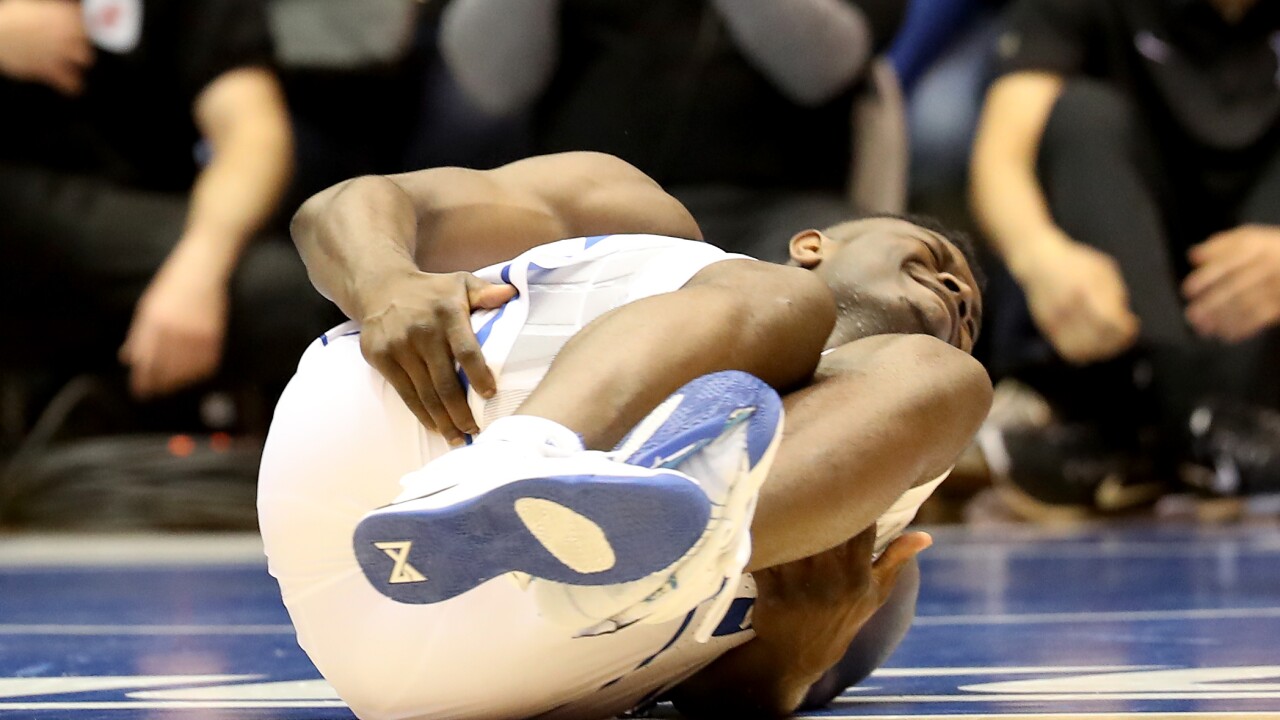 DURHAM, NC – Are the Blue Devils bedeviled by a faulty Nike shoe?

Williamson was driving the basketball when his left foot came out his shoe, causing him to fall to the floor clutching his right knee. After the game, an 88-72 Tar Heels victory, Duke head coach Mike Krzyzewski said Williamson suffered a mild right knee sprain.

“We’re very concerned about Zion,” Coach K said after the game. “It’s a mild knee sprain. We will know about length of time tomorrow.” Duke lists Williamson as day-to-day, saying he is progressing as expected.

Zion, expected to be selected as the number one overall pick in June’s NBA Draft, is averaging 21.6 points, 8.8 rebounds, 2.2 steals and 1.8 blocks per game for the top-ranked Blue Devils.

Thursday afternoon, Nike stock had dipped more than one percent. “We are obviously concerned and want to wish Zion a speedy recovery,” the shoe giant said in a statement. “The quality and performance of our products are of utmost importance. While this is an isolated occurrence, we are working to identify the issue.”

NEWS: Zion Williamson was diagnosed with a Grade 1 right knee sprain. He is progressing as expected, and his status is day-to-day. pic.twitter.com/H8YUZGnOyc