The son of North Carolina congressional candidate Mark Harris testified that he had warned his father about a political operative who’s at the center of the investigation into election irregularities in the 9th District race.

John Harris’ testimony Wednesday is the first evidence that Mark Harris was told that operative Leslie McRae Dowless may have taken part in questionable ballot activity in the past.

It marked a dramatic turn in the North Carolina Board of Elections’ evidentiary hearing, as John Harris contradicted his father’s previous assertion that he never heard any red flags raised about Dowless.

Dowless is a convicted felon who was hired by a consulting firm paid by the Harris campaign, and is at the center of allegations that absentee ballots were tampered with.

In testimony that turned emotional at times, John Harris, an assistant US Attorney of the Eastern District of North Carolina, told the board Wednesday that he “expressed my concerns” to his father the day after Mark Harris met with Dowless in 2017 — before Dowless was hired by the campaign.

John Harris said it was his review of absentee voter data from 2016 that led him to think Dowless was a “shady character.”

Emails shown at the hearing from John Harris to his father discuss Dowless’ history of alleged fraud in the 2016 primary election, in which Dowless was working for a rival GOP candidate. 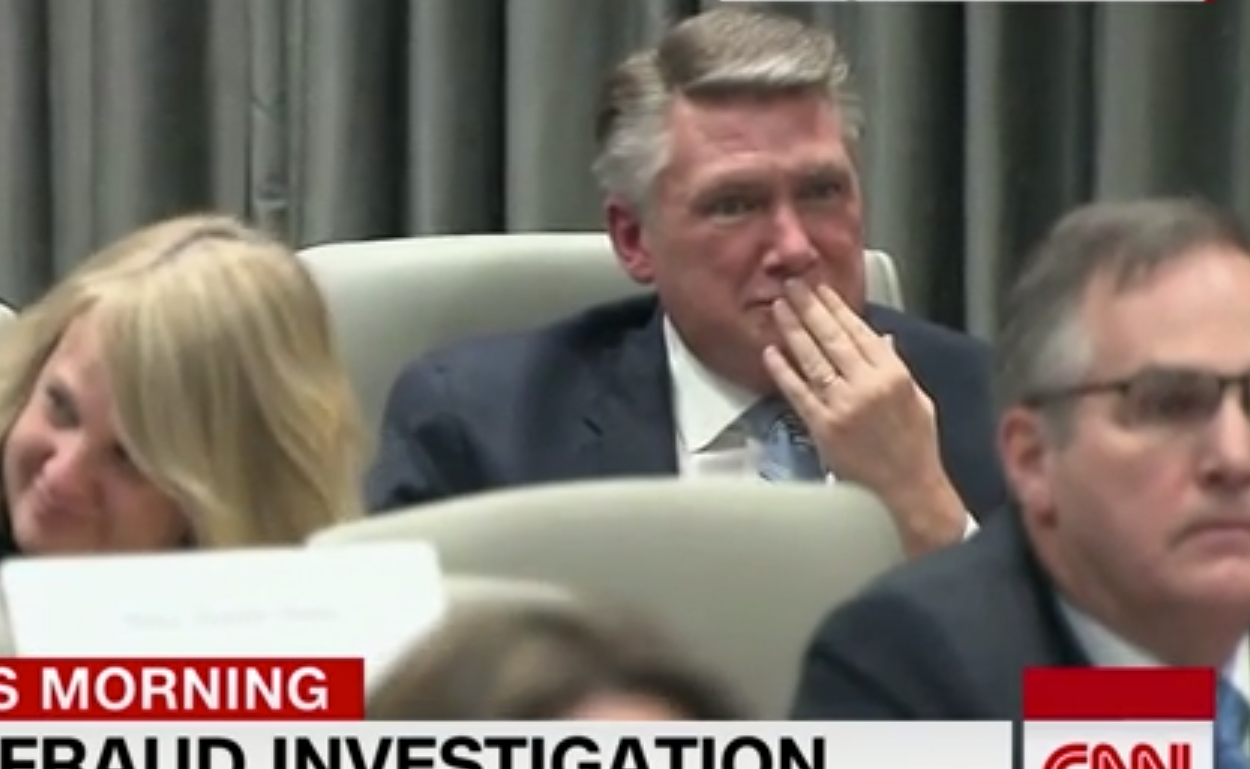 “This is not legal advice,” John Harris wrote in one email, adding, “The key thing that I am fairly certain they do that is illegal is that they collect the completed absentee ballots and mail them at once. The way they pop up in batches at the board of elections makes me believe that.”

John Harris stressed that he doesn’t think his parents believed Dowless was breaking the law and wouldn’t have retained Dowless had they known.

“I love my dad and I love my mom. OK?” John Harris said concluding his testimony, with his voice breaking. “I certainly have no vendetta against them. No family scores to settle, OK? I think that they made mistakes in this process and they certainly did things differently than I would have done them.”

Mark Harris was brought to tears in the courtroom as his son spoke.

The 9th District race is the last undecided contest from the 2018 midterm elections and the North Carolina seat remains open amid allegations of fraud.

The state board of elections voted not to certify the results in which Harris, a Baptist minister, led Democrat Dan McCready, a businessman and retired Marine, by 905 votes.

Mark Harris is expected to testify in the hearing Thursday.