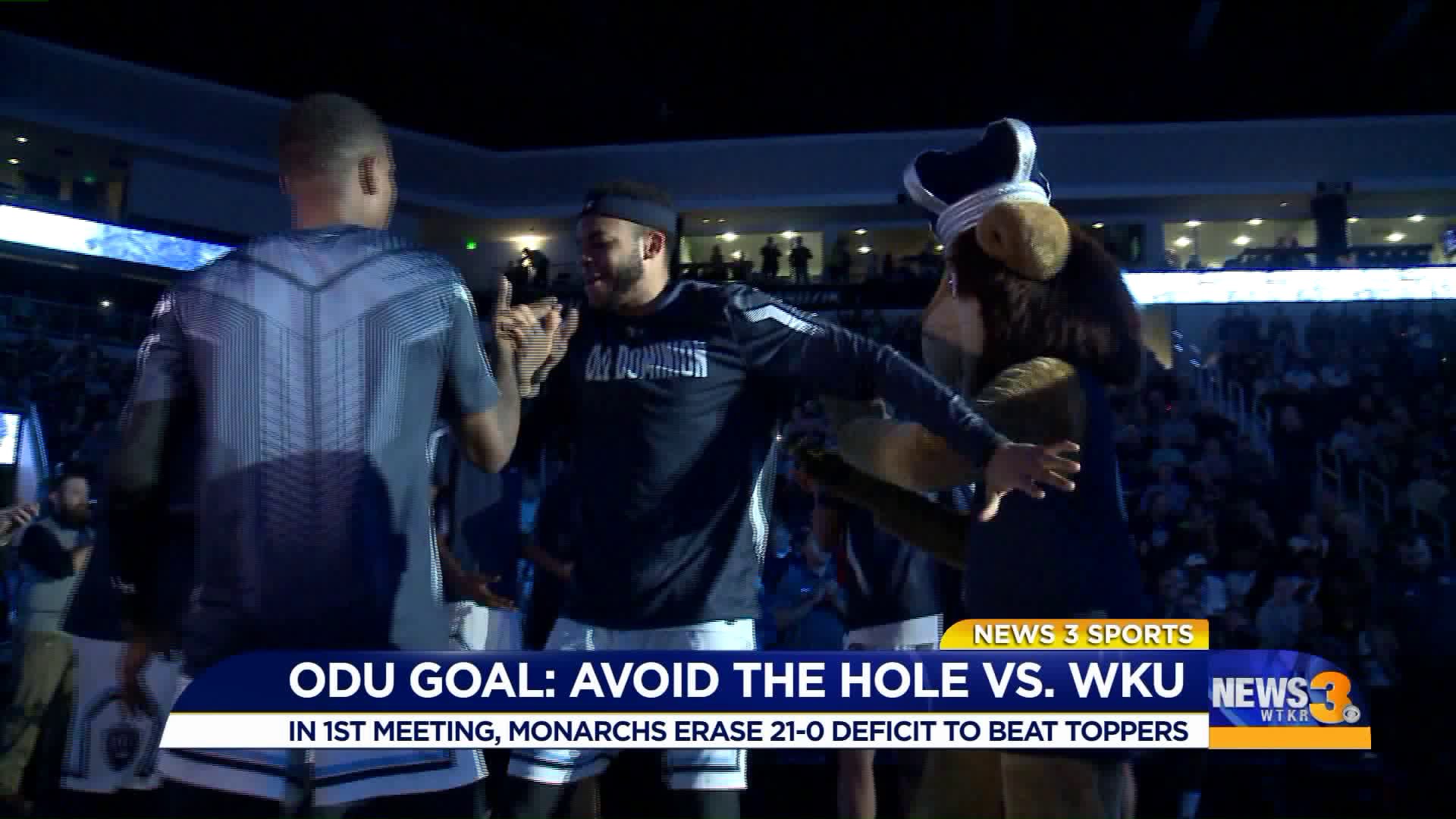 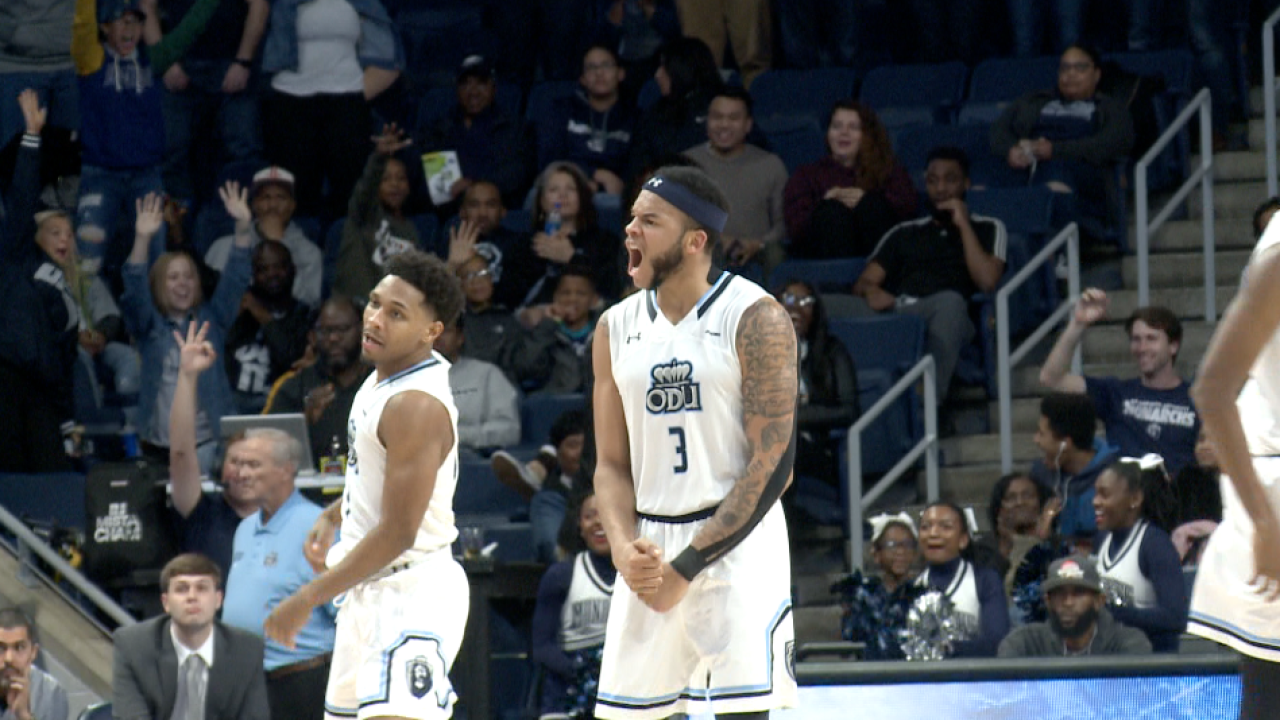 ALL-TIME SERIES vs. WKU
-Saturday will mark the 39th all-time meeting between these two schools.
-The all-time series is tied, 19-19.
-These two teams met earlier this season in a game ODU trailed by 21, only to rally to a 69-66 win. The victory
marked the largest successful comeback in ODU history.
-WKU defeated ODU three times last season (ODU had won six straight over WKU prior to last season).
-ODU is 12-3 all-time against WKU when playing at home.
-These two schools first met during the 1970-71 season.

ODU celebrates a made three.

INSIDE THE NUMBERS
-The Monarchs rank 6th in the nation for holding teams to 38.3% shooting from the floor for the season.
-Old Dominion’s defense ranks 8th in the country for scoring defense, allowing just 61.0 points per game.
-ODU’s 1,068 total rebounds this season rank 15th in Division I.
-ODU’s 122 total blocked shots rank 29th in Division I.

B.J. STITH
-Stith has scored double-figures in 24 of 27 games, while scoring 20 or more points in 12 of those contests.

WKU Head Coach Rick Stansbury on Coming Back to Play ODU Again:
"We know Old Dominion. We know what we are going into on Saturday. Let's face, I haven't looked at any stats, but they will be sold out, because this is their game. This is their game that separates everything. It'd be nice to have it the last game, but they are going to have it this game. So we know what we are getting into going over there. They have the best environment in this league besides Diddle. Even the first time we played up there, it was a terrific crowd, close to a sellout the first time, but you can bet it's a sellout this time. So we are going into a tough environment and have to play against a really good basketball team, so we have to handle both of those things."