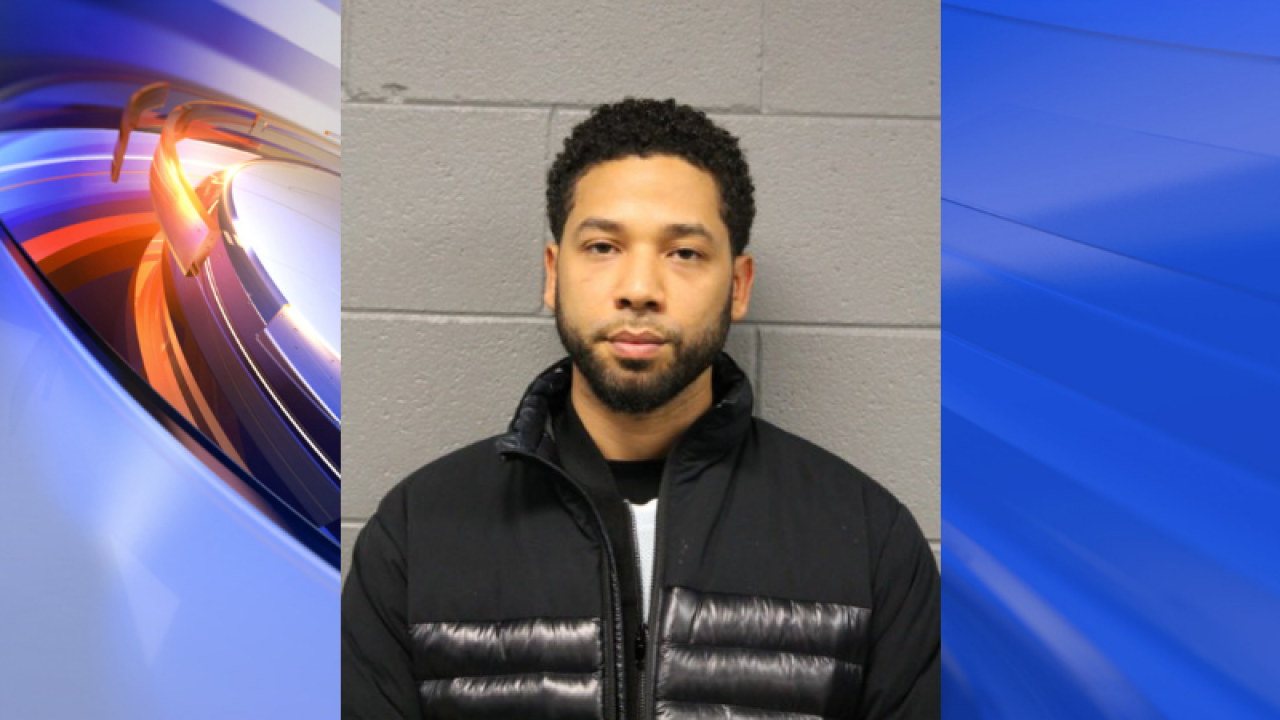 In a statement released Friday morning, the Fox show’s executive producers said Smollett’s character on “Empire” will be removed from the final two episodes of the season. They say it was done to avoid “further disruption on set,” adding that other cast and crew members have been affected by the situation.

The statement did not indicate if Smollett’s character Jamal would be back next season.

Smollett was arrested Thursday after police say he falsely claimed to be the victim of a hate crime last month. Authorities allege Smollett paid two men to stage the attack to try and help his career.

According to someone at an “Empire” cast and crew meeting Thursday night, Smollett apologized for any embarrassment he may have caused.

He continues to deny the allegations.

“… Jussie has been an important member of our EMPIRE family for the past five years and we care about him deeply. While these allegations are very disturbing, we are placing our trust in the legal system as the process plays out…”

“… We are also aware of the effects of this process on the cast and crew members who work on our show and to avoid further disruption on set, we have decided to remove the role of ‘Jamal’ from the final two episodes of the season.” -Lee Daniels, Danny Strong, Brett Mahoney…