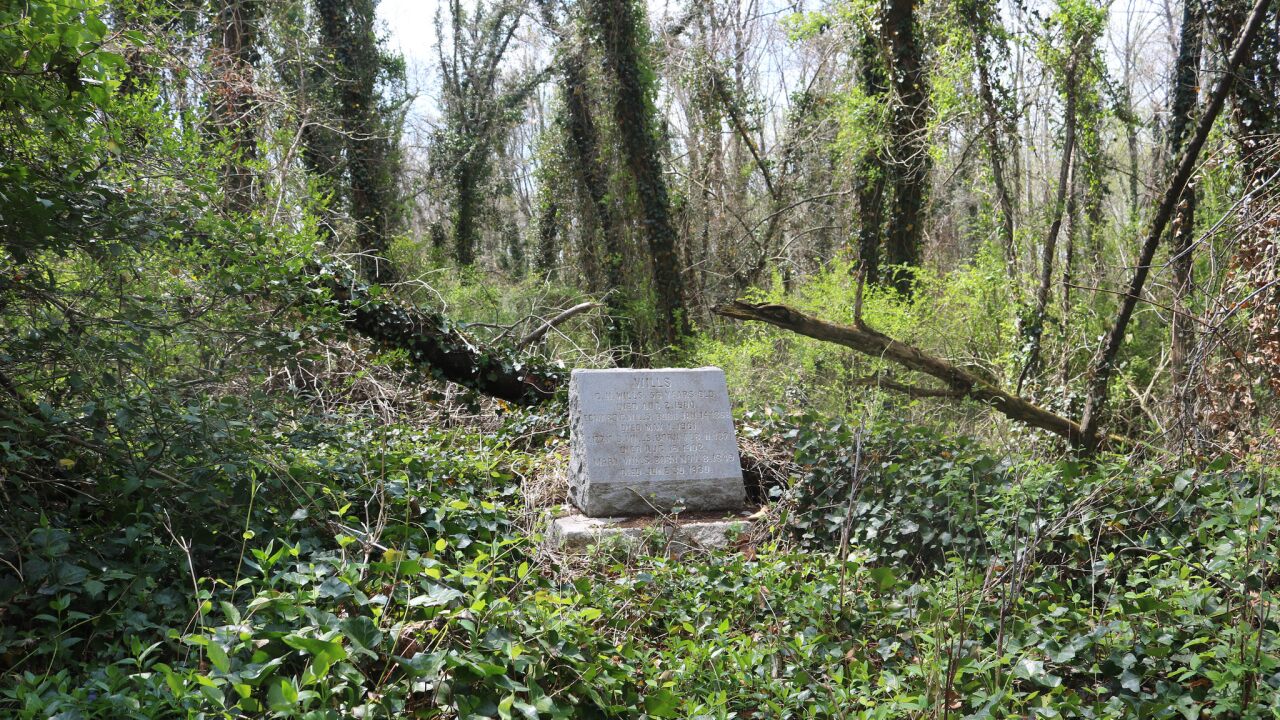 RICHMOND, Va. — It doesn’t take more than a brief visit to East End Cemetery to see that racial inequality impacts not only the living; it extends to the dead as well.

Many of the graves in this Henrico County cemetery, the final resting place for hundreds of African-Americans who lived during the 19th century, are overgrown with weeds, their graves unmarked, sunken and fading away.

East End is one of many historic African-American cemeteries neglected for decades around the nation. But this week, the General Assembly made 19 more of these cemeteries eligible for state maintenance funds.

One of the graveyards — the Tucker Family Cemetery in Hampton — may hold the remains of William Tucker, believed to be the first child born to Africans brought to America in the 1600s.

“In order to preserve these gravesites, especially on the 400th anniversary of the first Africans being brought to our shores and sold into slavery, the city of Hampton would like to add these cemeteries,” Sen. Mamie Locke, D-Hampton, said in introducing SB 1128.

The bill and its House companion, HB 2681, introduced by Del. Delores McQuinn, D-Richmond, will add seven Hampton cemeteries to the list of burial grounds eligible to receive funds from the Department of Historic Resources.

Other bills that have passed both the House and the Senate would provide funds to six African-American cemeteries in Alexandria, three in Martinsville, one in Suffolk and two in Pulaski County.

The bills expand on previously enacted legislation to allocate funds to refurbish and maintain graves of African-Americans who lived during the 1800s.

McQuinn started the efforts in 2017 by securing funding for East End Cemetery and nearby Evergreen Cemetery. Last year, the General Assembly added African-American cemeteries in Charlottesville, Loudoun County and Portsmouth.

‘You can barely tell it’s a cemetery’

John Shuck says he has been working in geology all of his adult life. When digital cameras came out, Shuck began volunteering for a website called Find A Grave, photographing gravestones and posting them online so individuals could see pictures of their loved ones’ gravestones from across the country and even around the world.

It was in June 2008, when looking for graves in Richmond to photograph, that Shuck came across Evergreen and East End cemeteries.

“I had never seen cemeteries like this,” Shuck said.

Created in 1891, Evergreen is a 60-acre cemetery where some of Richmond’s most prominent African-Americans are buried, including Maggie Walker, the first woman in the United States to charter a bank, and John Mitchell Jr., a civil rights activist, politician and newspaper editor. By the 1950s, Evergreen had fallen into despair.

Next to Evergreen lies East End Cemetery, a 16-acre African-American cemetery that also has been neglected for decades.

Upon finding both cemeteries in 2008, Shuck thought it would be interesting to come out and clear a plot or two. He continued volunteering at Evergreen, and five years later, in July 2013, Shuck launched Friends of East End Cemetery, an all-volunteer nonprofit working to clean up and restore the burial grounds.

A Google Maps search in street view shows images of East End from July 2011, before any of the work started.

“You can barely tell it’s a cemetery,” Shuck said.

Since then, through the help of thousands of community volunteers — from college students to Girl Scouts and Boy Scouts — half of the cemetery’s 16 acres have been cleared. East End has an estimated 16,000 burials, but there are no records to confirm an exact figure. More than 3,000 burials now have markers. And with help from students at the University of Richmond, there are now GPS coordinates for more than 80 percent of the gravestones.

Shuck has described the process as “trying to make order out of disorder.”

“You dig up a gravestone that hasn’t been seen in, maybe, 50 years,” Shuck said. “There’s a visceral thrill to that. Doing the research. Connecting the families.”

Racial inequality taken to the grave

Less than seven miles from East End, Hollywood Cemetery is known for its beautiful architecture, drawing visitors from across the country. It is the resting place of Jefferson Davis, the president of the Confederacy, as well as 28 Confederate generals.

In 1914, the General Assembly allotted $8,000 for the preservation of Confederate graves at Hollywood. Today, that would be equivalent to more than $200,000.

East End and other African-American cemeteries have had to rely on unpaid volunteers and occasional donations. It’s especially difficult in summer when the weeds grow and the volunteer base tends to shrink.

“It doesn’t take long for things to disappear around here,” Shuck said. Just one year without maintenance can undo years’ worth of work.

Under the legislation approved since 2017, designated cemeteries can receive “$5 or the average actual cost of routine maintenance of a grave, monument, or marker, whichever is greater,” for each grave that qualifies for funding.

‘An essential part of our nation’s history’

Shuck is not the only one who finds the restoration efforts important. Last year, more than 2,000 volunteers joined efforts to clean up and revive East End Cemetery.

Public officials, too, have rolled up their sleeves. In August, Gov. Ralph Northam visited the Tucker Family Cemetery, and in January, first lady Pamela Northam participated in a Martin Luther King Jr. Day of Service event at Evergreen.

“African-American burial grounds are an essential part of our nation’s history and deserve protection,” McEachin stated. “For more than two centuries, African-American cemeteries have suffered unjust abuse and neglect. Descendants of those interred should be able to visit these sites to honor and remember their family members.”