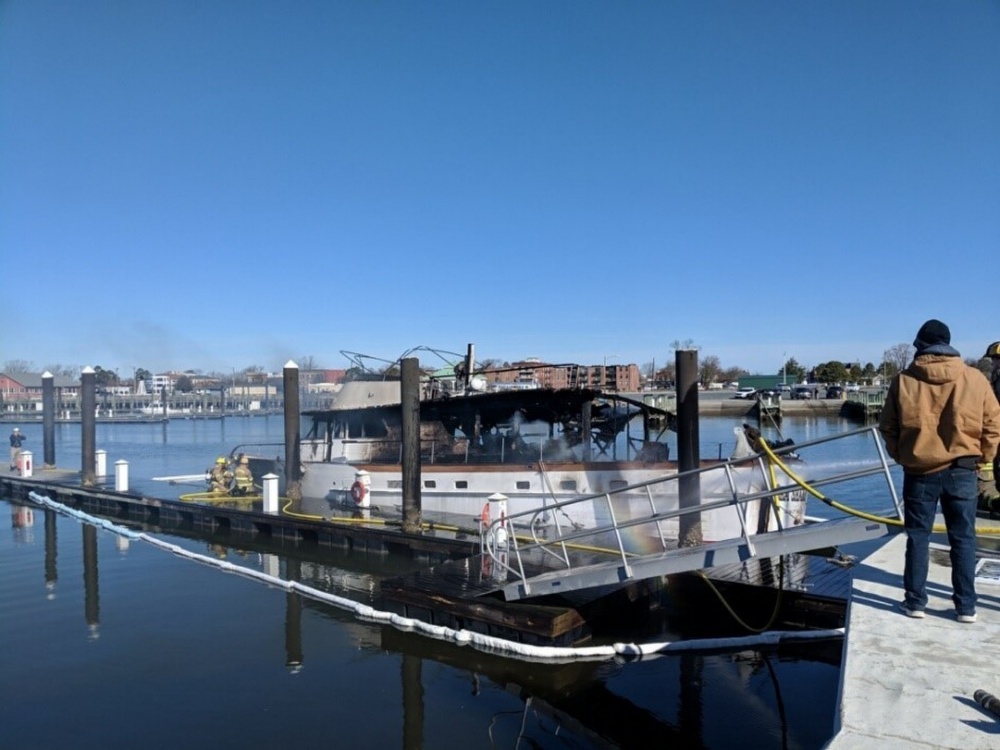 CAPE CHARLES, Va. – On Tuesday morning the Coast Guard responded to a boat fire at Cape Charles Marina along with local agencies.

Crews that are from the Incident Management Division of Coast Guard Sector Hampton Roads responded to assess environmental impact and vessel salvage.