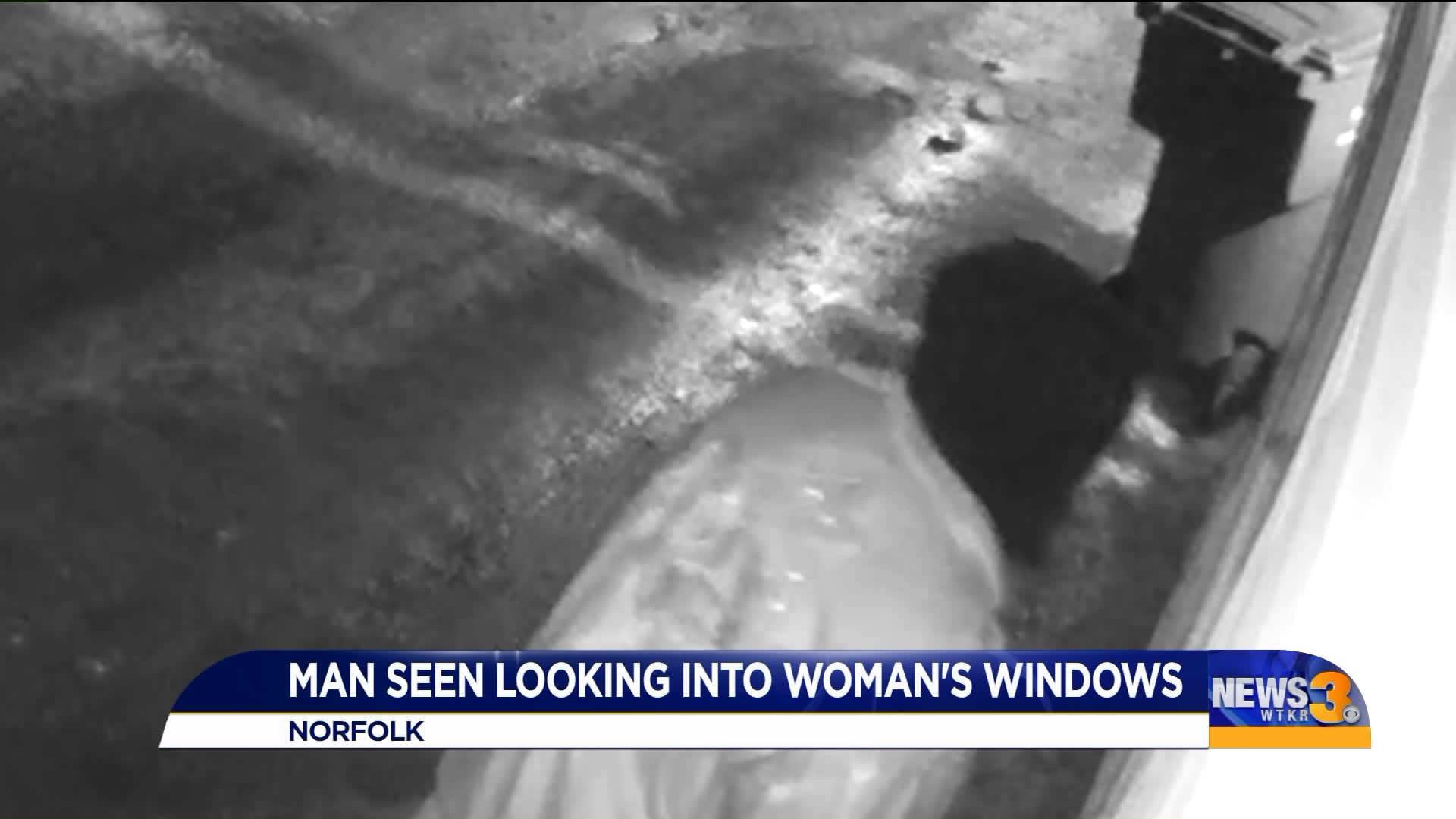 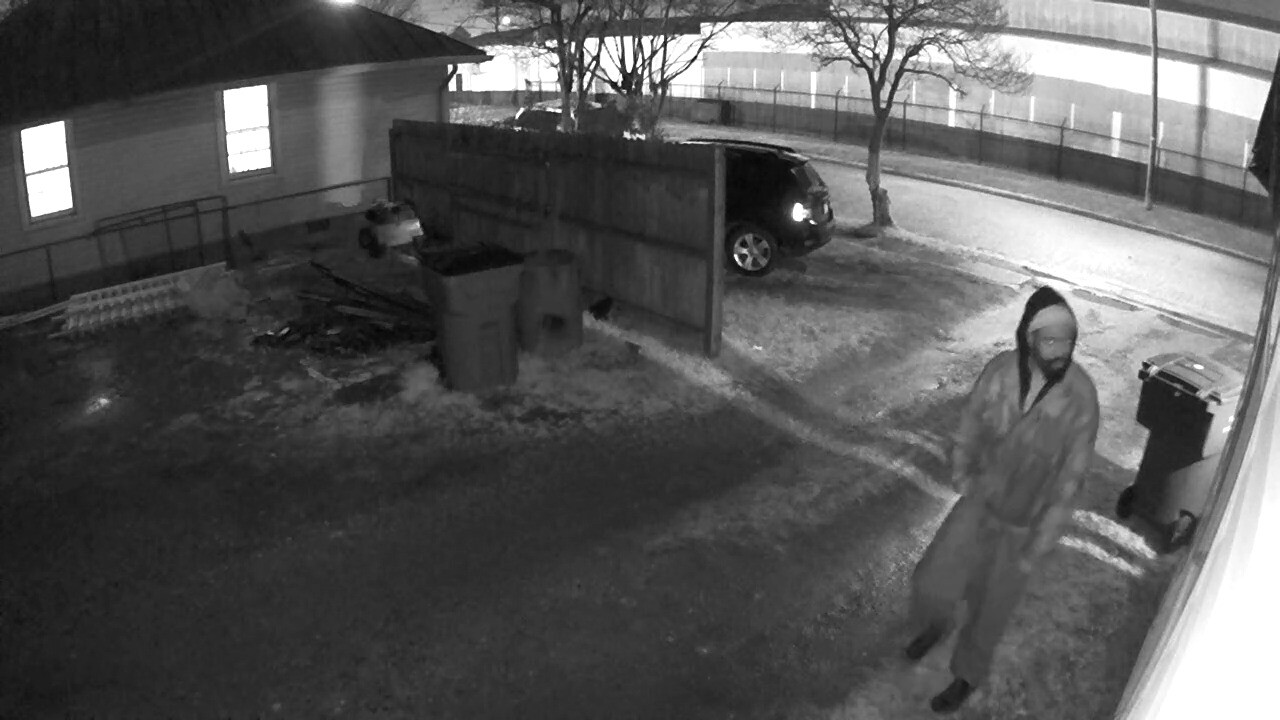 NORFOLK, Va. - Surveillance cameras at a home on Arizona Avenue capture a man lurking around a Norfolk home.

According to the people who live at the house, the man doesn't live there and doesn't know anyone who does. He stays outside for several minutes, at one point even peering into a bedroom window where a woman is sleeping.

The woman who lives at the home asked News 3 to not release her name since she is worried about her safety.

"I'm angry that this man came into our lives and took away our security and our privacy," she said.

The woman says she put cameras up around her home earlier this month after a break-in. The same night, she put up the cameras the man appeared on her surveillance video.

Related: Burglars break into Portsmouth house while homeowner was upstairs

"It was pretty chilling when you look at it," she explained. "He wasn’t just looking around; he was looking at us. That was pretty scary - watching someone watch you."

After reporting the video to police and adding security measures to her home, the man continued to show up.

"That was very terrifying because they're not deterred by any of the defenses that I have put up, including the police."

Days after her cameras recorded the man there, police made an arrest. They charged Edward Powell with Peeping into Occupied Dwelling.

According to Powell's arrest report, Powell lives down the street from where he was caught on camera. Powell has been released from jail.

To warn her neighbors about what happened to her, the woman posted the surveillance video showing Powell peering into her window online.

"The main thing for me is taking that control that he took away from me. I feel like I can do that by letting my neighbors know that this guy is out here."